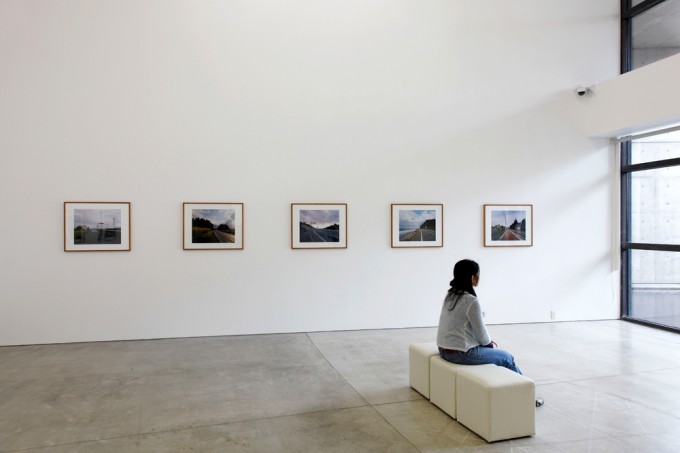 Whereabouts of time and story

ASAKAI Yoko’s photos convey an impression that they are illustrations for a storybook. It is because we feel as if another time would develop or another story would unfold before our eyes as we pass through the “entrance” of the framed scenes.

Asakai’s work for the residency program began with her visiting various places by car in Aomori Prefecture, where there are few high-rise buildings, and at a short distance from the city are woods, the sea and the sky stretching out. While moving around, she got interested in weather phenomena of atmospheric conditions like wind. Thus she began to move around all over Aomori Prefecture searching for “wind” to take photos of it.

Her work passage consists of photos, and composed of four elements showcased in the closed gallery space. One element is that there are eight large-sized color photographs. Each of them shows a scene in different places with a path; along the sea, in a town, in the mountains, fields, etc. in a different time zone and different weather. What is observed in common is that they are uninhabited landscapes without a person and a car, and there is an electric bulletin board at the upper left side of the road running more or less in the center in each photo. It is an anemometer to measure the velocity and direction of the wind in Aomori Prefecture, and the electric bulletin board in each of those eight photos shows the direction and velocity of the wind at the eight cardinal points respectively. Second is a group of fifteen monochrome and color photos of smaller size. Color photos depict an extensive natural spectacle in Aomori, while monochrome ones show a crowd of people in a Tokyo town surrounded by densed high buildings. In addition, as the third and fourth elements respectively, NHK[1] weather broadcast is heard in the hall, and real scenery can be overlooked from a nice large window in the hall.

All those scenes in Aomori are photographed in color. According to Asakai,[2] shooting photos of “Aomori” in black and white did not come to her mind. It is partly because there are already groups of works whose strong contrast of black and white, for example, in HOSOE Eikoh’s kamaitachi (weasel slash) and OKAMOTO Taro’s shimpi Nippon (mysterious Japan) has given a vivid impression of grudge-like feelings and customs still existing in the Tohoku district. Also, Asakai, as a person living at the present day and in a lifestyle different from the past when the above perspective was essential to view Tohoku area, probably has her eyes set on the contemporary. In any case, it seems that rather than picking up indigenous features of the local history and climate as well as the atmosphere, Asakai faces scenery and regions keeping a certain distance from them. Then, on the contrary, looking at the scenery in Tokyo, her place of residence, photographed in monochrome, we feel somehow closeness related to personal feelings and memories as the dark color is so powerful, and there are throngs of people whose faces are invisible and groups of buildings which cover the whole sky. It looks like, for instance, a mundane daily scene, which we glimpse in unfamiliar scenery, we encounter while traveling.

Such a sense of distance might have happened due to the relationship in terms of time. Asakai remarked that as the specific period of time used for the residency program was shorter than time for habitation and longer than that for traveling. That exerted some influence on her work in terms of time.[3]

This passage of time observed in her work often constitutes its features. Her most important work sight is a series, which depicts how residents of households in cities such as Berlin, Tokyo and New York are watching a movie. With household articles in the backdrop, which remind us of the passage of time in everyday life, a specific timeframe of about two hours of watching a movie is cut out. Photographed there is how those people were thoroughly immersed in the movie and their facial expressions appear to be void. We feel that we can glimpse the existence of one’s inner time, which belongs to only those who are absorbed in what they are doing, and we on this side cannot measure. As it is explained that 22930 is “an experimental series to study photos as fragments of one’s memory, which are devoid of a sequence because a house is photographed based on a certain rule,”[4] a house is used as a stage, and different times that elapse in different places in the house are showcased side by side as momentary fragments through continuous motifs as a clue. In Conversation in which researchers devoted to their work in the laboratory are photographed, a certain point in time from the past to the future is cut out, making us anticipate that there are the past time, related to experiments and precedence research, and the future time when their goal will be achieved. (Probably, in this case, due to the nature of the work, there is a feeling that the length of time could be longer, though the time is instantly cut out.) In short, the length of time that the photographed picture suggests and the flow of time cut out in the scene are different, and that difference is depicted.

Time and place are structural elements of her passage, in which wind is a common factor, and their dimensions are slightly shifted respectively. Each photo taken in Aomori showcases a recent time in the neighborhood, the weather news heard over the radio informs what is happening at a distant place in realtime, the glass window before our eyes tells us how the sky is here at this moment, and each black-and-white photo of the city depicts how the sky was at a certain moment, probably in different space at different time. On the other hand, small-sized color photos of scenery are arranged so as to put the level line of the sea or the land nearly in the same height. As the whole or the individual, the structure with a strong horizon makes us realize that the wind is blowing over the parallel space and time in a similar way, which gives the photos universality and the site anonymity. Monochrome photos of the city with a strong perpendicular structure draw attention to the difference in space and time as if a flashback of a past scene were used as an accent. Because of some editing of this kind, we come to feel a point in time in the eternal, universal flow of time. We have our time perception in a large sense receiving it as nothing special like blowing wind while we cross this universal flow at certain cross sections. Here the sensibility of Asakai as a photographer who happened to stay here at this point in time overlaps with how we are now in the universal flow of time.

In sight and Conversation, Asakai tries to capture moments when people are devoted to something or even engrossed in something forgetting themselves. However, passage has power of absorbing viewers into the scenery. Probably it depends on photographic structure and her way of display--kind of editing method. Each photo, in which an impressive stretch of empty road and an anemometer are photographed, has a strong perspective composition so that our eyes turn naturally towards the center of the sky, and further, as we focus our viewpoints on the anemometer, we are drawn into the vanishing point. On the other hand, in the color photos of scenery, in which the horizon is emphasized, there are always one or a few small human figures as seen from behind, which is different from those with an anemometer. A solitary figure placed under the vast sky could be the subject for viewers to reflect upon themselves. In the former, the viewer is drawn into the scene with his sense of reality or physical sensation through the strong centripetal force as in the composition of baroque painting, but looking at the latter, as seeing German romanticists’ landscapes, the viewer feels that only his awareness is drawn into the landscape while his body is left on this side. As we look outside at the landscape through the large glass window here at this moment, listening to the radio broadcast of the weather, which is now relevant at a far-off place, the boundary of time becomes more obscured.

Around the same time, Asakai held a solo exhibition at NADiff gallery in Tokyo, using photographs she took in Aomori. In this exhibition entitled Northerly Wind, she showcased some sentences describing weather and time from novels along with her photos. Though the sentences appear to be describing “weather” and “time” objectively, they are words that lead viewers/readers to a “created world” on the extension of the real through the medium of actual description of “weather” and “time.” What is more, by being overlapped with the inner landscape of “me,” they begin to spin another story. This is not limited to novels alone. The beginning scene of a movie showing raindrops or the sea is “language” and “image” that tell us nothing in concrete terms, but at times they tell us “something” eloquently. The same goes for photography.

Using the same materials in her exhibition in Aomori, Asakai presented the encounter with universal time in vast space/time, whereas in NADiff gallery, she confined the viewer in a specific time of the world of story by using passages from books, though there we found the same expanse. Universal time and specific time appear to form a pair of inner world and outer world. In this way, she is not simply pushing the shutter in front of a scene to convey the scene as it is. She is keenly aware of cutting-out and editing photos, and editing is the very concept of her photography. It is not only her showcasing method but also editing at the time of cutting scenes out. It might be similar to producing an image sequence or a literary style. Even if image fragments that form a story were the same, the scene and feelings that emerge would change according to the way of editing. Then, will the story change? Here the story is not always a story that we can talk about. There will be subtle differences, and because of them, it might be difficult to express the story in any means, be it words or images. That is exactly why the image fragments have potential to produce infinite stories.

[2] Interview with the artist for AC2 No. 13 (published in March 2012), regular publication by Aomori Contemporary Art Centre. Interview was conducted on December 1, 2011. 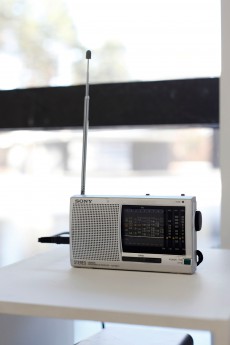 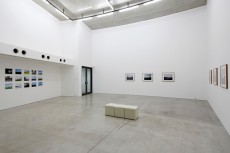