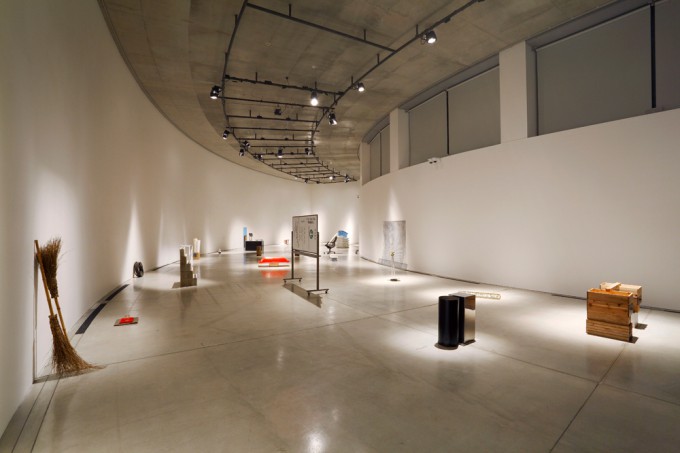 “What kind of structure should I select in order to let things exist both as they are and also as unique objects? The inherent conditions of each thing, e.g. size, material, weight, shape, and fixed images, determine the shape of a thing. The determined shape finds a new use for the thing, which is the most appropriate for itself. The newly adopted use is unique to the thing with this particular structure. From the moment of adoption, it is not a use anymore, it becomes a new condition of the thing. This quality is simultaneously restraint and potential. Autonomy can be achieved only from restraint.”[i]

This is an excerpt from Motohiro Tomii's statement. Tomii makes sculptures by combining everyday things around us. He first tries to discover "things / materials" that seem to have potential to form a work, and observes them with time and care to discover their inherent natures and characteristics. He then subjects them to simple actions, such as lining, accumulating, binding, folding, etc. As his statement suggests, the method Tomii employs to make his sculptures can be described as "finding a new use for the thing, which is the most appropriate for itself."

Let me give some examples. The work "goldfinger" consists only of mass-produced golden-colored thumbtacks, a common tool to pin things like paper on the wall. Focusing on the "function / nature" of thumbtacks, which is "sticking into a wall," Tomii makes the rectangular shape solely by the act of sticking tens of thousands of them into a wall, in a grid-like pattern without interspaces. Without applying artistic modification to the thumbtacks, he just repeats the act of "sticking," and presents the resultant volume as a sculptural work. This work is applaudable as a "layout" to display the shape, color, and function of thumbtacks quite effectively, but what is radical here is the way Tomii presents this as a "sculpture." The beauty of the work is overwhelming just like sublime paintings, but at the same time, they still appear as nothing but thumbtacks.

The work "woods #2" consists of an ordered placement, forming three lines on the floor, of hammers with various handle lengths, each standing with its head down. This is based on the nature of the structure of a hammer: the metal head is heavier than the wooden handle, therefore it stands stably with its head down. In order to show this fact literally, the hammers are placed upside down in a systematic manner. From any angle, they still remain as nothing but hammers, but in fact, they have been deprived of their function as a tool. By being put next to each other in rows, their "forms" and "structures" are foregrounded. In other words, they have been transformed into a three-dimensional artwork with an interesting and beautiful design worthy of being viewed.

Tomii takes a long time to observe an object carefully to discover the cause-effect relationship, so to speak, behind its existent color and shape. It can be said that he makes sculptures in order to show this discovery. His keen eye and monomaniacal attitude, for thorough exploration of the structures of everyday things, remind us of KON Wajiro's observational eye, and his skill of discovery towards our customs and lifestyles.

In his project at ACAC, the artist’s focus has been placed on improvisational and instantaneous, rather than careful and long-term, methods of observation, as well as exploring ways to present and describe what he has discovered in that process. This is an approach quite opposed to his usual style of making. If his usual works can be compared to tableaus completed after a long-term process of trial and error, the works this time are like experimental, one-time only drawings or sketches. Usually, Tomii first takes a long time to observe a certain material to perfectly grasp its characteristic, and then derives the most effective way to show the structure. In contrast, in his attempt this time, the artist's emphasis has been on the act of finding out, in a given situation, attractive relationships (compositions) of things, and crystalizing such discoveries as his work.

Concretely speaking, he first takes a look at every detail of all parts of the premises of ACAC, including its back yard and the shared studios, where various things are randomly placed. He then picks up attractive and beautiful arrangements and combinations among them, makes adjustment to emphasize their accents, and finally relocates them to the gallery, bringing into relief the charm that those "existing compositions" originally had. Scattered in the gallery are about 30 supposed-to-be artworks seemingly unrelated to each other, such as an office chair with a rolled paper put on its seat, a cardboard box on which a red sled is put upside down, two brooms leaning against the wall, one in the normal way and the other upside down, and so on. They make you wonder, "Are these really artworks?" But if you pay attention carefully enough to each detail, you will recognize various facts. Though apparently placed without consideration, these objects are highlighted by spotlights. Moreover, each work is titled, which can be seen on the caption next to them, such as "found composition 2011100906 broom and upside-down broom" for the two brooms. Over all, you sense a feeling of tension due to the extremely careful arrangement of the objects. For example, there is a hidden order based on spatial segmentations of the gallery, such as the joint layout of the floor. Also, the interrelation of things featured in each work itself is quite delicate, such as the three transparent acrylic display boxes on top of each other in exact center alignment for "found composition 2011092309 aligned centers (transparent)," two poles, standing in an uneasy balance, tied together at the top with a rope "found composition 2011092312 2 poles tied together" , and so on. In such a manner, Tomii chooses certain kinds of balanced interrelations and structures of objects, and refines them with minimal additional actions. Resultant improvisational "compositions" are arranged in a comfortable rhythm in the round corridor-shaped gallery space.

The series titled "today's sculpture" shows acceleration of his improvisation activities. This is a daily practice of documenting "found compositions" to train his skill for discovering hidden structures (his eye of observation). For a long time, the artist has actually continued to photograph objects that he encounters and in which he finds intriguing arrangements or interrelations, as if taking brief notes of daily discoveries, as a means to collect resources and gain inspiration for his sculptures. Due to their nature, it is unlikely that such photographs would be shown to the public. However, this time, he decided to publicize this practice by posting one photo on twitter everyday, under the title of "today's sculpture." Simultaneous to twitter, the same photo is shown on a monitor at the exhibition site, as a sculpture being updated everyday. Twitter is the ultimate site of improvisation and note taking, where pieces of information continue to flow past at all times on each user's timeline. Showing his daily discovery real-time on this seems to veer away from his past stance. However, it makes a great deal of sense to do this in this exhibition, where he chose to adopt an artistic process opposite to that of his usual practice. The series of "found composition" reflects Tomii's keen eye of discovery and skill of observation in a more vivid and purified way. Although this improvisational approach may appear to be "loose," there is potential that this will lead to further developments in the future. Generally speaking, an artist-in-residence program is designed to serve as a platform for artists to try new or experimental approaches through the long-term stay, making works that are unrealizable in a usual studio practice or normal exhibitions, where it is expected to show completed or established works. In this sense, it can be said that Tomii's challenge was an achievement made possible due to such an environment at ACAC.

Also, another important factor is that this time he chose to show sheets of "instruction paper" that indicate how to compose the described work. Most of his sculptures consist of multiple objects, and they can be decomposed into each object, because no irreversible actions, such as gluing, are employed when making. For example, "four color sponges" is formed with four kinds of kitchen sponges each of a different, single color, piled up according to a set of certain rules, and "ball pipe ball" features a structure made of scaffolding pipes with baseball balls inserted at their nodes as supports. Because, as described above, each of these structures can revert back into the original units when the exhibition is over, the "instruction paper" has as much importance as the work itself. Nevertheless, such paper is usually hidden, because sculptural objects are more than adequate as exhibits. However, it was very important this time, as his exhibits were not objects, but "compositions" he had found and refined. Each paper is very eloquent about exactly what he saw value in when he encountered the found composition.

In fact, Tomii has exhibited his instructions once, in his solo show titled "How to Make the World," held at art & river bank, an alternative space in a suburb of Tokyo. In this exhibition, he experimented with a radical method of installation: putting on the wall, instruction paper sheets that indicated how to construct some of his past works, along with all parts of the instructed works wrapped and arranged on the floor. The installation at ACAC must have been his second attempt following that. It is an interesting fact that both challenges seem to have reflected the basic nature of the venues, the alternative space and the artist residency, where new challenges are encouraged in principle.

No matter what he shows, his practice has been always based on his exceptional skill of observation, through which he can grasp the essence of the object. Therefore, viewing the resultant sculptures also requires careful attention, through which we train ourselves to develop an "eye to discover" and "skill of multifaceted observation." In other words, through viewing his work, we may gain a knack of look into the world with a high-resolution eye, and to live everyday creatively. If the resolution of our eye was as high as, and our perspective as diverse as the artist, our life would be filled with more discoveries and inspirations.

As an aside, I have discovered and felt very excited regarding the similarity between the overall feeling of Tomii's instruction paper and that of KON Wajiro's drawings, due to the use of clear and soft lines to represent things and rounded letters to describe details. It is perhaps that by spending time with Tomii’s work, the resolution of my observational eye has improved a little bit.

[i] *Excerpt from "The Reason to Make," statement of the artist on his website: http://tomiimotohiro.com/statemente.html 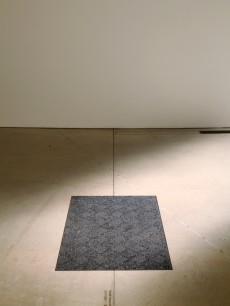 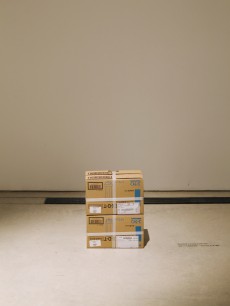 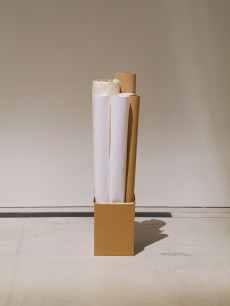 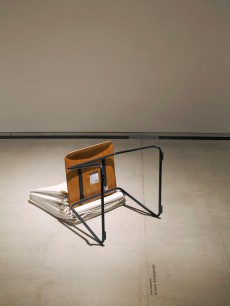 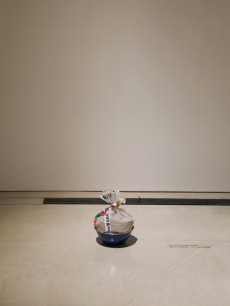 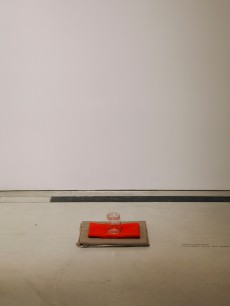 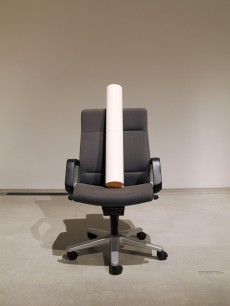 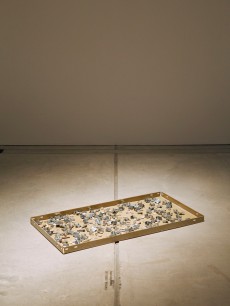 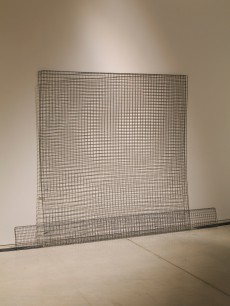