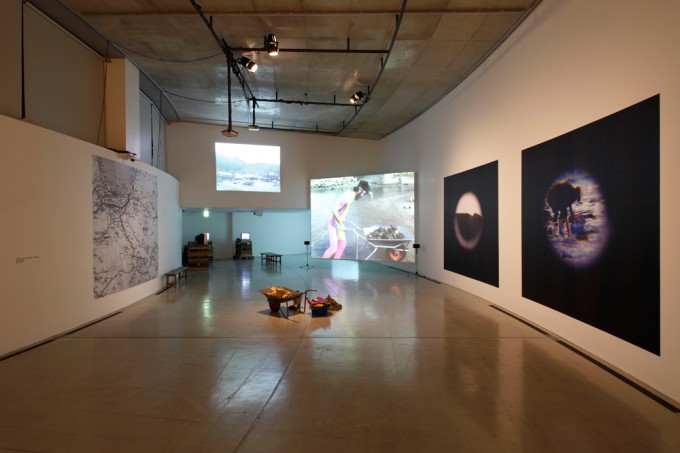 Yoshinori Niwa is eye-catching — a slightly hunched, lean body, with a rich beard connected to sideburns, tottering along wearing a red beret and a backpack,. His appearance has a magical charm that attracts people, probably due to his nature as a performer.

Niwa taps into different places with only the clothes on his back, and calmly carries out things, requiring no special ability, that anyone can do but no one has ever tried. The origin of his practice dates back to his high school days, during which a noise music band he formed with friend released a CD from a Czech label. He was precocious enough to be deep into noise music, and since then, his attitude has been consistent throughout his oeuvre. Although it was his inability to play any instrument that drew him into noise music, the artist was gradually attracted by the minor genre’s underground scene formed of a small population of strongly connected noise lovers worldwide. Subsequently, he came to know that the noise scene was related to the current avant-garde fine art practices descended from Fluxus and the like, and this then made him determined to do art himself. Another inspiration came from his uncle, who had had links with “Zero Jigen” (Zero Dimension), a Japanese performance group quite active around Nagoya in the '60s, known for their all-nude rituals. Through episodes the uncle had told him about, Niwa was introduced to the art world from another angle. To him, art seemed like a world where various activities ungraspable yet exciting were happening. Given these background stories, there is no wonder that Niwa's performances are full of essences of happenings and events in the '60s and '70s.

Basically, his performances are presented mainly in the form of video documentation. Although the word "performance" usually reminds us of actions carried out in front of people in public, Niwa's work is often done only with his own body and a video camera, without being directly seen by any audience. His actions include sucking up muddy water from a puddle on the street and spitting it out into another puddle at a different location, using his mouth as a container [fig. 1]; taking a plastic bag full of combustible waste collected at his home in Tokyo, to San Francisco, and throwing it away at a local garbage dump; and bringing a magazine he bought at a kiosk to other kiosks to purchase the same item many times. Such actions, carried out with no exaggerated gestures, are recorded with a video camera, so their processes and end results are conveyed to viewers through resultant videos. No special abilities or techniques are required to suck up and spit out water, to throw away waste, or to purchase commercially supplied products. They are mundane acts that everyone does in their everyday life, but the artist does them in atypical situations, where there is no reason, in the usual sense, to do them. This unreasonability is what Niwa focuses on. For example, we are supposed to throw away garbage at a designated nearby dumping point. Without questioning, we separate garbage into the combustible and the noncombustible, and dump them on fixed days at a fixed place. We do not have to pay attention to how the garbage will finally be disposed. In the world today, where everything is put in order in an economic and systematic way, we can ignore so many things, without giving them any thought. Niwa's act of going to San Francisco to dump his home garbage is an action questioning such fixed, conventional systems in society. In principle, you are the legitimate owner of your garbage, until it is thrown away at a disposal point. And, you can go through customs if your belongings are not considered dangerous goods, even if they are in a plastic bag. Thus, Niwa could take it overseas, and the garbage went to a disposal site in San Francisco. Things become garbage only when they are dumped. Then, is it a problematic act to get rid of his garbage in San Francisco? Things in his plastic bag had been produced somewhere in the world, whereabouts we never know, and had ended up in his place in Tokyo. There is no clear answer to the question. From one perspective, it may be problematic behavior, and from another, merely a playful joke.

The work titled “Purchasing My Own Belongings Again in Downtown” (2011) shows Niwa taking a magazine that he had purchased at a kiosk to other kiosks and bookshops only to purchase the same thing again. Is this, in fact, a criminal act? Shoplifting, of course, is clearly defined as so, but I guess there is no law referring to this act of multi-purchase. Needless to say, Niwa himself does not acquire any profit from this. Rather, moneywise, he makes a loss. It seems that a product regulated with a barcode is re-purchasable as many times as you want, if the shop handles it. Niwa's action brings confusion to the balance calculation of the shop, making extra profit as a matter of fact. Is this a criminal act? There should be no rule that judges this, which clashes with today's capitalist society that chases only after profits. Like this, with his incredible actions, Niwa neither confirms nor denies, but questions socially constructed systems. Putting into practice acts, which are not quite able to be judged in today's society, and creating tense moments, he attempts to leap from the everyday.

Niwa's actions are often prescribed by the work's title. In reference to “Go to San Francisco to throw away the garbage of my house” (2006) and “Purchasing My Own Belongings Again in Downtown,” among others, it can be said that acts indicated by his titles can often be reduced to "putting A in the state of B." Sentence structures in his titles are very important, since he carries out the act literally as described. Substituting "A" and "B" with two things that usually cannot be juxtaposed with each other, Niwa sheds light on mysterious systems in society that have been automatically constructed without our awareness.

In Aomori, he spent three months creating a work called “Putting Stones collected in the bottom of sea on the top of Mt. Hakkoda” (2011). As the title states, the work shows how he collects stones on the seabed of Mutsu Bay, Aomori, takes them to the top of Mt. Hakkoda, and stacks them there, to make the mountain a bit higher. He first spent a week with his assistant, diving with a wet suit into the cold seawater in October, to collect dozens of kilos of stones that had become rounded over a long period of time. Put into backpacks and soil sacks, those stones were taken to the mountaintop. This whole process is shown in the video. Niwa stacked stones to the height of approximately 60 cm, just like another small mountain. He then brought the stones back to ground level. He repeated this whole process many times. Basically, you have to take home what you have brought to the mountain, because the area around Mt. Hakkoda is designated as a national park and managed by the government. That is why Niwa was carrying as many stones as possible, making a small mountain on the top, and then taking the trouble of bringing them back all the way down. What does this action bring into relief? Of course, the act itself has no effect. A long time ago, the mountain was just a mountain in terms of landform, but it has become a national park, a possession of the country, where the rules set to protect its environment are thus applied. In the name of protecting the nature and native vegetation of Mt. Hakkoda, you are required to take home everything you have brought from the outside world. There is a possibility that the stones that Niwa carried used to form the mountaintop in ancient times, and then rolled down to the bottom of the sea. Even so, today, they belong to the area outside of the national park, so their abandonment inside the area is prohibited. By silently and repeatedly stacking stones, Niwa questions this rule regarding what belongs to what, and who owns what. Again, he neither confirms nor denies the rule. Viewing with a keen eye, he discovers invisible laws that the society has set without our consent and that we blindly follow, and makes them visible to other people through his work.

Moreover, somewhere in the depths of his work, there is humor that evokes laughter. While he quietly carries out his actions, various people come to him. When he was picking up stones in the bay, an elderly man approached and spoke to him about the original greatness of mother nature, insisting that it had been destroyed and would not recover unless human beings became extinct. On the ropeway platform, a staff member, suspicious of the artist with such enormous baggage, came to caution him, but did not stop him. In the process of this work, there were so many intriguing encounters and conversations [fig. 5]. Niwa was just quietly carrying stones. However, probably partly due to his charm, people were drawn to talk to him. The conversations between the artist and others contain some issues to do with belongings and ownership. The park employee told Niwa the national park rules, with no offense. They are implicit rules that he usually does not have to verbalize. His explanation illuminates contradictions and problems about definitions of "ownership," as well as things supposed to be "public," in this society. We are then naturally prompted to reconsider the way we live, and made aware of how blind we are to the systems around us.

Nevertheless, the most attractive element of his work, in fact, is the artist himself. Many works that deal with systems in society or publicness tend to be overly serious, with no humor, however due to his uniquely charming appearance and comical behavior, this tendency is not applicable in his case. Niwa plunges his own body directly into serious or cynical situations, evoking quiet laughter with his unique presence. In such a manner, the artist presents his fundamental "discomfort" toward our lifestyle based on consumption. Beyond the laughter, he tries to discover alternative ways of life, and we get hints from his modest pursuits. 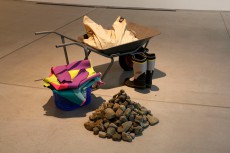 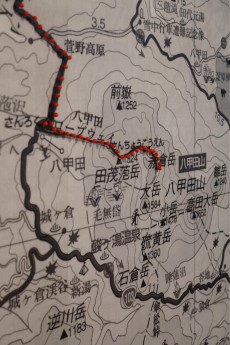 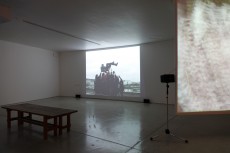 Tossing socialists in the air in Romania 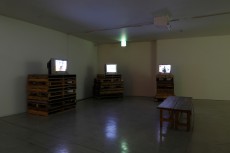 Purchasinf My Own Belongings Again in Downtown