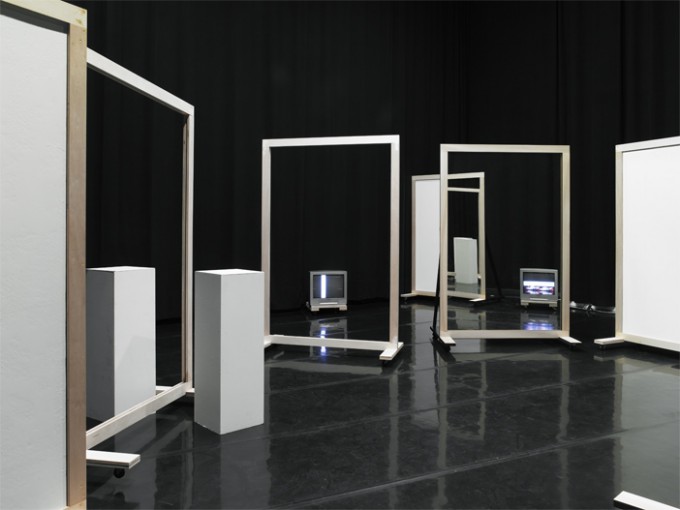 Filmed Space as the Garden of Structure

TSUDA Michiko is a video artist who explores a world that arises only in motion pictures and documents such space, time and movement. Making   virtual spaces coexist with real spaces by using mirrors and other props, she poetically records the process of space perception like solving a puzzle through the movements of performers.

Tsuda started to work on the production at ACAC upon finding two identical mirror panels with dark brown frames and casters. She made 4 frames with casters similar to the mirrors; two of them were left as they were while the others were filled with white panels. The former are called the “frames” and the latter the “panels.” These mocked mirrors are important elements that obscure the presence of the real ones and unexpectedly expand the space in the video. The artist set up a “studio” for shooting that consisted of the real and mock mirrors, pedestals, TV monitors and video cameras in order to show the entire space as an installation (fig. 1) and to shoot the performances in which the performers moved the mirrors, panels and frames in various ways to change the appearances of the space. The video was screened in another room in the back of the installation (fig. 2).

In the studio set, which was also an open studio, the two video monitors displayed the spectators wandering in the space filmed by two video cameras from different angles. The spectators saw themselves appearing on both monitors at the same time and witnessed the changes in the world reflected in the mirrors as they walked. In doing so, they knew this work was like a game of space perception in which the real images and the virtual images in the mirrors coexist continuously changing and came to think about the space in video imagery. When they walk through the installation, they entered the viewing room and objectively watched the world recorded in the video.

As for the interpretation of the title of this work, Occupant and the King in a Configurating Forest, probably the studio set is a “configurating forest,” the performers who played in the set are the “occupant” and the artist behind the camera that quietly filmed the variable space and the spectators who watched the video from the only-one absolute viewpoint are the “King”. The title seems to indicate Tsuda seeks to explore the structure and the relationships that inevitably arise within any video image among the subjects, the camera, the photographer, and the viewers rather than to present a video as a self-sufficient narrative.

While Tsuda shot 4 videos featuring different performers during her residence, I would like to mainly discuss one of them that was presented in this exhibition, "Occupant and King in the Configurating Forest--Arrangement of a Room". The method of shooting was very simple: the artist fixed a camera in front and shot straightforward. Its finder captured the smooth movements of the pairs of mirrors, panels and frames the two performers silently operated corresponding each other. As the 8-minute video simply portrays how the performers changed the arrangement of these partitions, mirrors often reflected unexpected sections of the room, and the difference between the real view of the room across the frames and mirror reflections were sometimes obscure. It was not easy to exactly know how the structure of the room changed.

One scene shows a frame standing on the left hand side at an angle of 30 degrees, two pedestals on both sides of it, and behind these objects stands a female performer who appears fitted to one of the frames. On the right hand side is a mirror, also at an angle of 30 degrees, and the male performer standing in front of the panel outside the camera’s field of vision (fig. 3). While the woman is real, the man is a reflection, but both appear to be real as if standing side by side the same vertical plane in the video image.

In another scene, in front of the camera is one of the frames, and behind it are the two mirrors symmetrically placed face to face at the same angle. In the back center is one of the panels facing the camera. On both sides of the frame are the two performers, stretching and moving their arms that are closer to the frames. The arms cannot be seen because they are behind the mirrors but the mirror on the woman’s side reflects the man’s arm while the other one reflects the woman’s. The undivided space appears to be partitioned by mirrors and yet reconnected to another space. The woman’s hand looks as if sticking out of the male body and the man’s hand out of female body (fig. 4). As their bodies are real and their hands are reflections, the real and the virtual are abruptly joined and coexisting in the same world.

Prior to the shooting, the performers had moved these mirrors, panels and frames to study how their movements create the complex structure in the space. Then Tsuda choreographed and created a narrative about space arrangement. Recording the performers’ moving the props she had prepared to try various arrangements as if designing a garden, the artist seemed to enjoy playing a game of exploration in a space following certain rules.

What I learned in the space was that, when two mirrors were involved, it became immediately difficult to perceive the space structure. One mirror just reflected the objects around there but once the other one comes in, the mirrors reflects each others’ reflections so that the space appeared as if extending endlessly (fig. 5). There are also the frames and panels in the same shape and size and they are reflected in the mirrors as well so it is hard to tell at once the relationship between the real and the virtual, the true depth of the space. Performers experienced a space that contained various conflicts, unexpectedly finding themselves reflected in the mirrors and seeing each other standing in a surprising position. And behind them was the artist quietly filming.

The act of changing the arrangement of the attractive space led to various unexpected situations and created a variety in space arrangement that happened only then and there for a moment, caused by subtle differences between the two performers’ movements or the angles of the equipments’ positions. And Tsuda’s careful act of recording this event by video camera is an attempt to explore and document a structure that video imagery cannot evade.

Considering that Tsuda’s camera basically followed the performers’ behaviors all the time, the video is a record of the performance. However, the performance was choreographed by the artist and took place in a set installed by the artist as an attempt to perceive a fictional space where the real and the virtual are crossing each other. Thus, by recording the performance, Tsuda probably intended to document the temporal space and its variable structure and depth that emerge only in video imagery.

As video technology advances, the ways we make use of it and the ways it affects society will be varied. We are looking forward to seeing how Tsuda will digest and exploit its essential structures and inherent technical characteristics from now on. 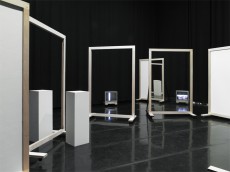 fig.3 Occupants and King in the Configuration Forest--Arrengement of a Room,video, 8min05, 2010.

fig.4 Occupants and King in the Configuration Forest--Arrengement of a Room,video, 8min05, 2010. 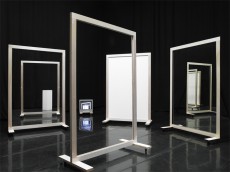