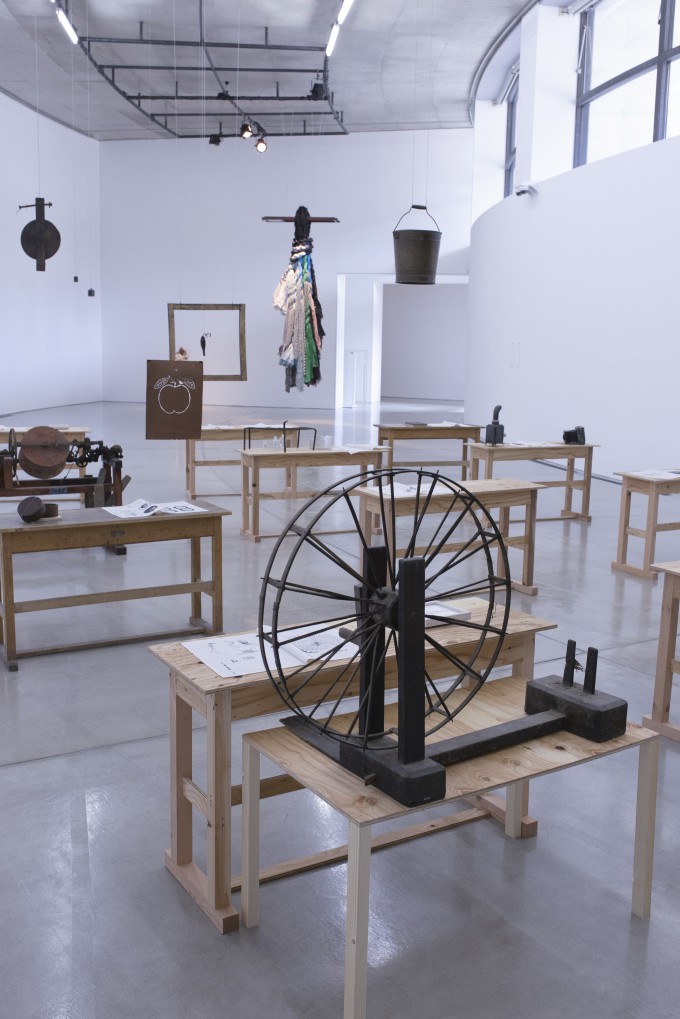 The artist USUI Yui considers her personal experiences and questions that are triggered by events and histories, which people pretend not to see in the present society, as something social and political. Through researching about those events and histories, she gains her own understanding of them and expresses this as artworks by using techniques familiar to her, such as handcraft. Upon visiting Aomori, she took particular note on Tsugaru Kogin-zashi and science textbooks, which were used in the girls’ schools before the Second World War.

In Kogin-zashi, in which patterns are created through making stitches on the odd numbered rows on cloth, there are about forty kinds of standard, geometric patterns called ‘Modoko’. Usui has interpreted Kogin, which is a series of representations of animals and plants living in this land, as landscape paintings of Aomori. Originally, Kogin was made with a practical purpose of filling coarse textures of hemp kimonos and making them warmer. However, it has become an enjoyable embroidery hobby in present times and the old Kogin patterns are continuously being imitated. In the Western embroidery techniques, there is a technique called Cross-stitch, in which patterns are created on the grid by stitching threads in crosses. Samplers used as stitching examples were the collection of all the fruits of stitching techniques women had learned since their childhood. For this occasion, Usui held a workshop titled ‘Embroidery Cafe’, and, together with local people and students, they stitched the pattern names of Modoko in English, using the Cross-stitch technique. In spite of every participant supposedly having approached the task in the same way, just like in a school lesson, what they made varied in details or in the positions where they started stitching. The workshop gave us a chance to ponder how each of us is looking at our surrounding world.

As a part of the archived collection of craft objects used among ordinary people, the artist found science textbooks (physics, chemistry, flora and fauna, and physiology and hygiene) with the written marks on their covers saying, ‘for girls’. In the times before the war, the roles to be fulfilled by women were thought to be mainly the domestic tasks. Those textbooks, which were specifically edited to be used among girls, cover natural-scientific phenomena and topics, which related closely to people’s living back then. Usui selected illustrations from the textbooks, sorted them into categories, and printed them on pieces of cloth, which are displayed on the table in the exhibition.

Japan went through the rapid modernization by the westernization of initiatively taking in cultures and products from the West. It was the time when the approach to learning changed: from learning through directly being in contact with nature in the life of rural villages and experiencing phenomena that happen in the real world to learning through systematically understanding principles, which are put together by someone, mentally. For us, who are going about our life in the latter way, we have access to a wide range of information, however at the same time, we might unconsciously internalize other people’s views and opinions on how things should be. Usui’s work in this exhibition poses a question to us: how have the landscapes we are seeing now been formed by imitating/learning? 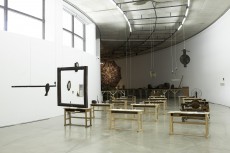 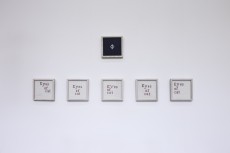 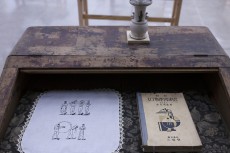 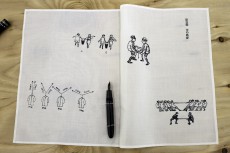 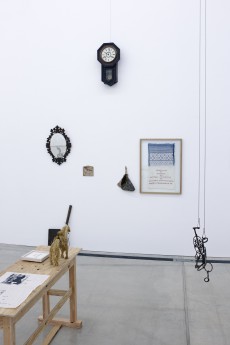 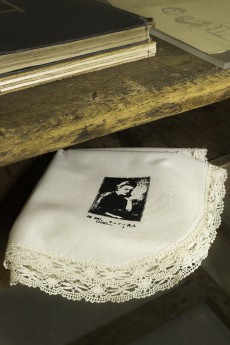