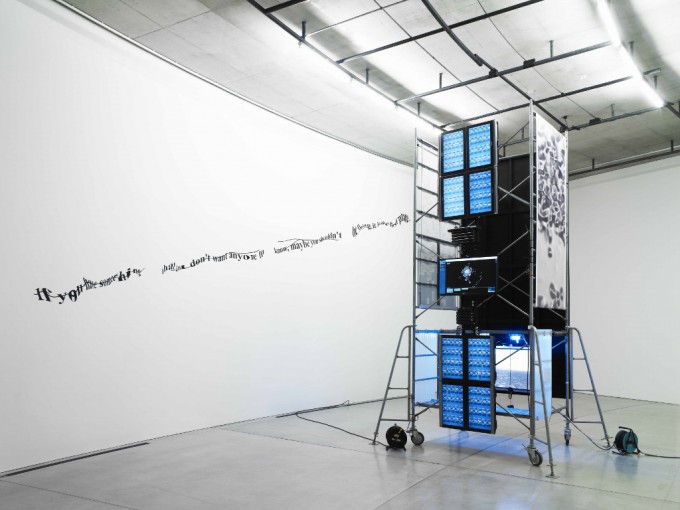 The Artist as Architect and Activist in the Information Age

Born in 1987, Felix KALMENSON was just 8 years old when Windows 95 was released, and for as long as he can remember, personal computers have been commonplace. He is an artist of a generation that feels at home online. Our subsequent information society, the result of an established Internet environment, forms the basis for methodologies employed in his creations. Having also studied architecture, Kalmenson is conscious of urban and architectural issues, within which he searches for broader connections with society, often assuming the role of activist.

While the Japanese the word kenchiku may bring buildings to mind, Kalmenson’s creations are better described using the English word “architecture.” Architecture can refer to buildings, but it can also be used in reference to social design as well as computer systems. Kalmenson’s mainly investigates the architecture of social design; his works stem from his design of mechanisms that determine the behavior of intangible data, generated by computers and other devices, and the construction of platforms to embody them. We find neither the expression of freewheeling sensibilities nor internal urges in Kalmenson’s creative process. Rather, his works seem to represent the opposite: he constructs architectures that draw upon things that are determined by external forces, turning automatically generated data into images and illustrations, which he then transforms into artwork.

With that in mind, let us examine Kalmenson’s art and explain the structure of the works he produced in Aomori. Kalmenson completed OCT 1 00:00 - OCT 16 00:00, a project made up of five different works. As the title implies, the project used various data compiled by scanning the artist’s life over a fifteen-day period, from 12:00 a.m. on October 1 through 12:00 a.m., October 16, 2014. Specifically, by wearing several devices that monitor the body’s biorhythms, the activities of Kalmenson’s daily life were transformed into data that was then developed into varying works of varying shapes, all based around a scaffolding tower installation called the Data Centre. The Data Centre consisted mainly of artworks that employed three methods of data generation.

His first method of data generation utilized the Fitbit Flex, which is worn on the wrist to track the number of steps taken, distance traveled, and calories burned. Additionally, it tracks sleep patterns and the user is able to input variables such as water and food intake. Commonly used as a personal fitness device, it can be used to track progress toward different fitness goals and was used to record Kalmenson’s daily activities. Kalmenson then used 3D imaging software to convert the Fitbit Flex data collected during the recording period into highly abstract, three-dimensional landscapes, which he printed upon two Statistical Motion Analysis banners: one for sleep and one for movement. These landscapes--terrain to represent movement and sky for sleep--are also incorporated as materials for his abstract computer game and artwork titled Data Immersion. The game allows visitors to navigate landscapes generated from the data, all of which has been created by the artist’s body.

The second method of data generation used images from the Narrative Clip, a wearable camera that takes an image every 30 seconds, creating a narrative of your daily experiences. The images cannot be transferred directly to one’s own computer, however, and must pass through unknown servers somewhere in the world before they can be viewed. This of course means that it is possible for the images, as well as the geolocation data of the camera, to be intercepted by governments or corporations. All of the metadata gathered by the device over the fifteen-day period was printed out in its entirety and mounted on the Data Centre. There was also a smartphone running the Narrative Clip application, which allowed visitors to see what appear to be ordinary scenes from a person’s everyday life, but the metadata displayed behind the phone tells the story of the third parties who become involved when those images are uploaded. This facade of the Data Centre is titled Narrative Data.

The third type of data did not involve physical monitoring, but was generated by the Mozilla Firefox add-on Lightbeam, software developed to raise awareness regarding net user privacy. The add-on visualizes the relationships between websites visited and the third-party tracking cookies placed on the user's computer while visiting them. It displays a graph of the interactions and connections of sites visited and the tracking sites to which they provide information. Lightbeam, the work, includes a smattering of screenshots from the Lightbeam add-on. They visualize the connection of Kalmenson’s and third parties’ online behavior, as well profiles of every third party that accessed Kalmenson’s computer during the data collection period, detailing their company name, location, date of access, and the primary websites that provided access.

The final work is a wall text behind the Data Centre entitled Hidden In Plain Sight. A poetic nod to issues addressed in Lightbeam regarding the Internet and security, it features a quote from Google CEO Eric SCHMIDT, who famously remarked on the net society and privacy: “If you have something that you don’t want people to know about, maybe you shouldn’t be doing it in the first place.” Kalmenson has rendered the quote in the aesthetic of CAPTCHA (an acronym for "Completely Automated Public Turing test to tell Computers and Humans Apart”). A user identification system originally designed to prevent hacking, CAPTCHA uses distorted lines of text to tell computers and humans apart. However, oftentimes it is no longer accomplish its original intended purpose as many have evolved to be too complex for humans to recognize. Within our information society’s complexity, we are at the mercy of data. Kalmenson’s works draw back the curtains, allowing us a glimpse of the current situation with his witty artistic expression and a critical perspective unique to the Internet generation.

We are no longer able to think about our physical experiences offline apart from today’s online environment. It has become easier and easier for anyone to share their opinions and ideas publicly, and the relationship between the individual and society has become more direct and interactive. Felix KALMENSON has grown up in the ubiquity of the web. In his work, he shares his personal physical experiences by first turning them into data and then restructuring them in the public space of the Internet. In doing so, he continues his investigation into individual existence and politics in contemporary society and paves a new path as both architect and artist. 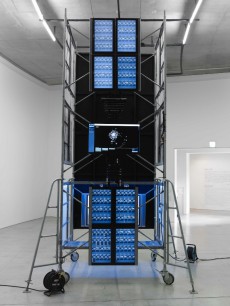 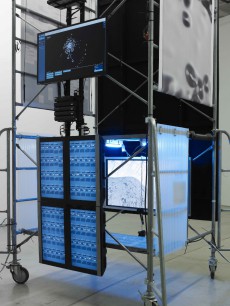 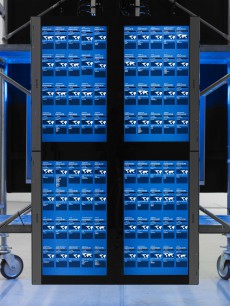 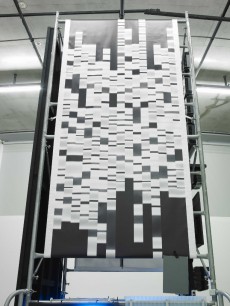 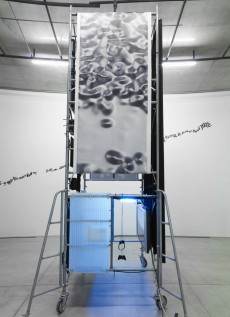 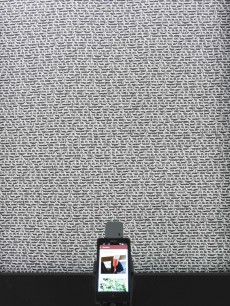 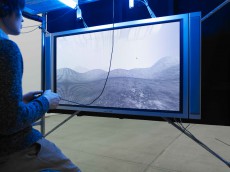 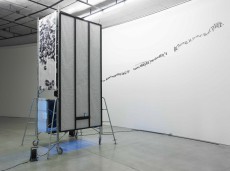