For the past 14 years, FURUSAKA Haruka has been visiting the villages of the traditionally nomadic Sami people, best known as Scandinavia’s reindeer herders. A frequent visitor of the Sami, Furusaka has learned their way of life in the harsh Arctic environment. In recent years, her experiences with the Sami have inspired her to produce woodcuts that explore life in the mountains and the tools needed to survive there.

Similarly, many of the utensils, clothing, and other materials found in the Aomori City Archives were devised out of necessity and made by hand from hemp, wood, bamboo, and other common materials. Through them, we can catch brief glimpses of the blessings that the land afforded the people of Aomori, as well as the joy, awe, and respect it inspired. We find something akin to the Sami within them—something common to all human beings who live close to nature.

In this exhibition, Furusaka’s Sami-themed woodblock prints are displayed alongside items from the Aomori City Archives, including logging  tools and devices, folk materials such as kitchen utensils and clothing, as well as landscape and genre paintings and woodcut prints. Furusaka’s artworks, together with the Aomori City Archives, should provide us with valuable insights into the development of the human-nature relationship.

Since 2003, Furusaka have been to northern Scandinavia where indigenous Sami people live. She researched their handicrafts called Duodji in 2010. She collected words of local people talking about Duodji, and has produced series of woodblock prints. The works has been showed at Gallery Parc in Kyoto 2014, and at Tenoma gallery in Fukuoka 2015.

2002  stayed at the residence Ateljé Stundars maintained by the Council of Swedish Education and Culture in Ostrobothnia, Finland.

2004    was invited and taught workshops in printmaking classes at 5 Colleges and Universities in Philadelphia, Pennsylvania and New Brunswick, New Jersey.

2008 to 2010    participated to a project “Book Art Picnic” in Osaka, and worked for the management as a member of the organizer NPO Osaka Arts Aporia.

2012 to 2014    NGO Cordillera Green Network invited her as a workshop facilitator of the environmental education program in Mountain Province, Philippines. Japan Foundation supported the workshops in 2013 and 2014. 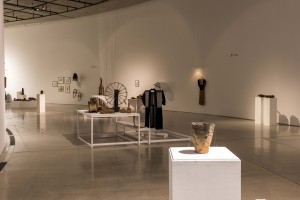 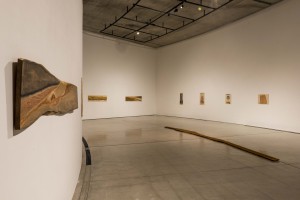 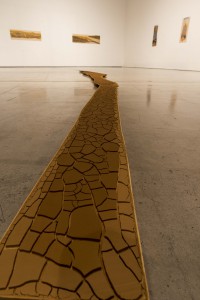 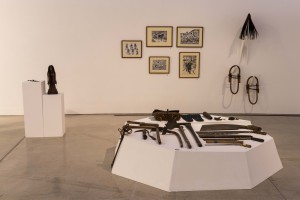 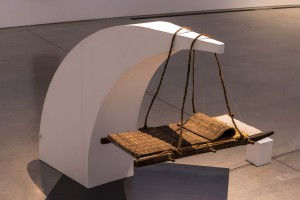 Lore of the Land

The Aomori City Board of Education maintains a municipal archive of works by Aomori-related artists, artifacts from Jomon-period archaeological sites like the Komakino ruins, as well as folk materials like the utensils and clothing used by the Aomori people from the end of the Edo period (1850s) through the late Showa period (1970s). The archives do not show the authority and trends of so-called rulers of the time. They tell the lives of people deeply connected to the land of Aomori.

In this exhibition, FURUSAKA’s Sami-themed woodblock prints are displayed alongside items from the Aomori City Archives. The ACAC first approached FURUSAKA about exhibiting her woodblock print Duodji from Mt. Reindeer, which is based on the indigenous Sami people of Scandinavia. For the past 14 years, FURUSAKA has been visiting the villages of the Sami people, fascinated by the relationship between their culture and the natural environment. In that time, she noticed that this relationship appeared in both the language and handicraft of the Sami. In a similar vein, FURUSAKA documented the lives and feelings of modern Aomorians for Lore of the Land, listening to stories firsthand through fieldwork and workshops while, at the same time, deciphering how the people of Aomori have lived together with nature over millennia through the archive.

Printed materials introducing each artwork were distributed in the exhibition space of Duodji from Mt. Reindeer. Next to the title of each piece was a short supplementary phrase. At first glance, they seem to detail the scenes depicted in the woodblock prints. But even if you unravel a description such as “In joik we do not sing about an object, but we sing the object itself,” it is not enough to explain the scenes in woodblocks. Rather, it seems like a refusal to explain something essential that needs to be said. That is, beyond a complementary explanation of the prints, the words themselves have been refined to a minimum. Both the words and woodblocks of Duodji from Mt. Reindeer are two representations of a single phenomena hinted at in the work’s succinct title. The woodblock prints and words are equal rather than complementary to each other, and each exists as an independent expression.

As woodblock prints and language form the basis of FURUSAKA’s creative work, this exhibition treated the items within the archive as both representations and manifestations of the lives of the Aomori people. At the same time, FURUSAKA visited people who live with nature in Aomori to listen to their stories. Lore of the Mountain was a consecutive three-day woodblock print workshop held as a part of the exhibition. On the first day, FURUSAKA invited a local plant expert to take us on a hike for edible wild plants in the mountains around the ACAC. After the hike, we listened to our guide’s stories of his experiences in the mountains. A large portion of the first day was given to the research needed before beginning to create a woodblock. The reason for this was twofold: for visitors to experience firsthand FURUSAKA’s techniques and for FURUSAKA herself to conduct research for the exhibition.

FURUSAKA also conducted other additional research, the findings of which are represented as language on pages 2–3 of this catalog.

In woodblock printing, many commonplace Japanese materials are put to use as tools. Wood is transformed into the woodblock, baren (pad for woodblock printing), paper, and ink. The process of woodblock printing is extremely time-consuming. You must carefully carve out the wood; paint the woodblock while, at the same time, prevent it from drying out; and finally you must apply paper to the baren. But one could also say that it is similar to the ways in which the Sami and the people of Aomori have traditionally made their handicraft from materials readily available in their surroundings. FURUSAKA has a deep affection and respect for this kind of handicraft. She even used the dirt she collected on her journeys into the woods as pigments in her process of producing woodblock prints, as if in search of ways to connect with nature.

Together with these woodblock prints, FURUSAKA created her piece River Máze, in which she mixed dirt and water from her home in Japan’s western Kansai region to create a paste, which she then poured into a handmade vessel of Aomori hiba cypress and air dried. The rocks that cover the earth’s surface erode into fine grains of sand, upon which organisms live, die, and accumulate, eventually forming soil. Soil is present wherever plants are born, live, and die, and animals enjoy the benefits. Soil is also present wherever people have lived as we see in the excavation of human civilization through relics and ruins. Soil is a material. It is local and regional, distinguished by certain conditions. It is a layer of life’s accumulation and the strata of earth upon which organisms live and die. In River Máze, FURUSAKA pours the soil of Kansai into an Aomori vessel and gives it a Sami name to synthesize three distinct places. The piece transcends region and country to represent the Earth, which encompasses life in its entirety.

No matter how far science and technology advances, we cannot stop the wind and the snow and the movements of the planet. Wisdom is born out of a need to survive. Out of wisdom, tools and culture are also born in places around the globe. FURUSAKA tries to capture the human figure, powerless yet animate, as she continues to live together with the soil.