Drawing by MORI Keita using thread was drawn on a large curved wall.

He fixes  thread while using a glue gun that adheres while melting the resin with electric heat. He holds down the adhesive and thread with his finger before it solidifies very quickly.
While thread in one hand, glue gun in one hand and sometimes the cutter freely, the lines continue to connect steadily, and with the threads of different thickness and kind of yarn, a complicated image gradually appeared. 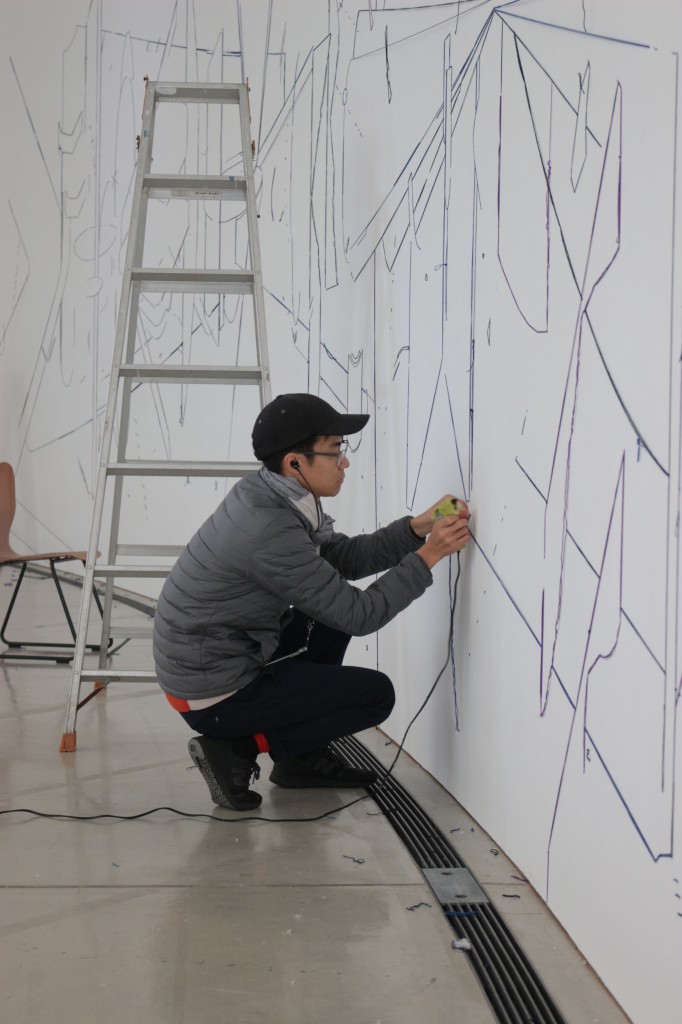 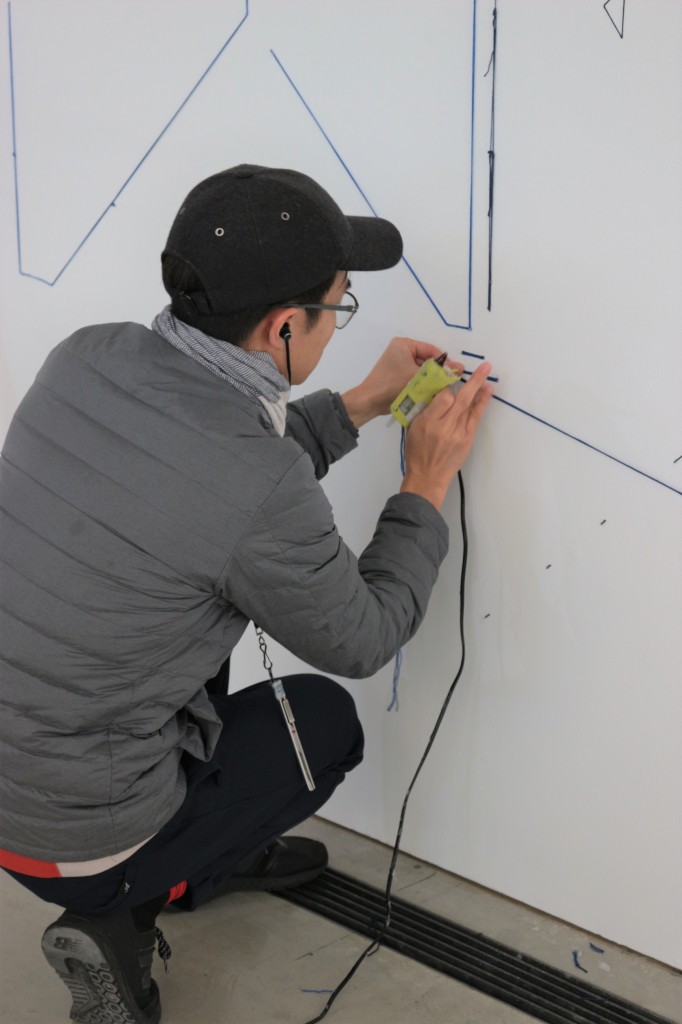