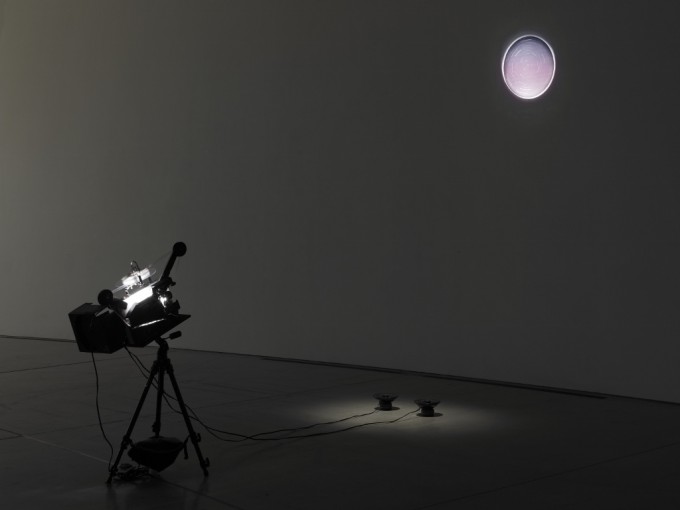 ALIMO Animation for music based on , 2014
photo: YAMAMOTO Tadasu

Animation by ALIMO is closely related to his background in painting. His works, roughly speaking, can be classified into two groups according to its tendency: one is a long piece developing along a story, and the other is a short piece in which he does not emphasize the narrative quality and experimentally pursues structural features of animation. ALIMO categorizes the former as Marchen (German, “fairy tale” in English) and the latter as “play.”(1) Both of them aim to explore composition of painting and the essence of structure, and he has chosen animation as the most appropriate medium for expressing them.

To make a long narrative piece classified into “fairy tale,” he usually spends one to two years. Therefore, his work does not suit the artist-in-residence program in which there is a limited time to produce a piece of work. While working on a long piece, he sometimes comes up with various ideas, so he concentrated here in the limited period of three months to implement his work. It was a short time for him, but that’s the very reason why he tried his piece with “play.” Introducing “play” in a production process of artworks reminds us, as ALIMO refers to, “Homo Ludens (Man the Player)” advocated by Johan HUIZINGA.(2) According to Huizinga, “Culture arises and unfolds in and as play….”(3) One might say that Dada and surrealism(4) that ALIMO mentions as movements that influenced him substantiated the above phrase in artistic practice in the age of Huizinga.

ALIMO’s important work of “play,” Open play, Forgetting eye, is a short animation produced by le cadavre exquis (exquisite corpse) as the core methodology for experimental production. Cadavre exquis first experimented by surrealist artists such as Andre BRETON is a game to enjoy bizarre juxtaposition. A piece of paper is cut and handed out to each participant, and they draw a picture and write something without seeing those of other participants. Finally all drawings and sentences are put together to create one collaborative piece. The sentence “Le cadavre--exquis--boira--le vin--nouveau…” was born out of this game, and it was later named “cadavre exquis.” Open play, Forgetting eye is also based on ALIMO’s experience in creating drawings every day and sometimes forgetting what he drew some days earlier. Everyday drawings made on a black background are all divided into four up and down, and each part slides to make different parts come across so that a piece of animation is conceived. Just like the game played by surrealist artists, all drawings he made at different times are cut up, and each part is made to slide, encounter with one another freely and combined into a single picture. Using disassembled still images, which are connected, filmed and given a time flow, he leads his own drawings to change into another medium of expression, that is, animation. To produce animation, one drawer usually concentrates entirely on drawing on a desk to complete a story. In this work, the point of having a single drawer was maintained, but he, following the surrealistic method, did not make continuous drawings along a story. Instead, he conducted a new structural experiment on animation, in which pictures, drawn in no particular order, were put together by coincidence and juxtaposed along the axis of time.

On the extension of this work, Animation for music based on was produced in Aomori this time. It goes without saying that this work is classified into “play.” Still working on creating accidental encounters as attempted in Open play, Forgetting eye as well as pursuing the structural features of animation, he is involved in two more new experiments. The first big trial is that in this work, ALIMO himself did not draw, but he gave the task of drawing to the hands of someone else. The other is that although animation is usually shown in a theatrical space as a film, in this piece, in order to demonstrate the mechanism itself of how animation is projected, he placed a 16mm-film projector in the exhibition space as a constitutive part of the display, dealing with the installation as a material rather than a film. The limited time of the residency period and a unique gallery space different from a theater were required preconditions for the production, and ALIMO actually put “play” into practice in the production process as if he were positively playing with such handicaps.

For animation, the basic element is to draw a great deal of pictures spending a long time on a desk. For this work, however, drawings were finished in several hours in the workshop. What’s more, they were drawn by workshop participants, not ALIMO. The twelve participants walked a dog on a sunny day, and following a dog walking as it likes, the participants picked up, using frottage, whatever they saw on the way. Those collected frottage papers were processed in line with certain rules, and frottage groups were pasted on where 16mm film senses sound. When the projector begins to operate, it recognizes frottage drawings as sound waves, and the sound is output. This sound is given the rhythm derived from the movement of an astronomical object, and projected towards a celestial globe set up on the wall. As the 16mm film has only information on the sound part, no image appears and only projection light is lit. Still images of frottage move as the film rotates producing sound animation. Despite of animation, there is no visual picture projected. It is an ambitious attempt to convert systematically discontinuous drawings that others produced into continuous sounds. In addition, apart from the approach of screening, he produced an installation paying attention to film as a material. This is a practical critique by ALIMO who is very conscious of structural features of animation, and is also very much like ALIMO who was attracted to animation through his interest in the production process rather than finishing a painting, which he had first started. However, while the presentation of a projector in the installation clearly and logically showed visitors the structural features of animation, it was difficult for those who were ignorant of the principles of animation to be absorbed in the world of animation in a space where only sounds were echoing without images. To imbue a piece of work with intensity, it seems necessary to make a breakthrough on a different level. Nevertheless, his aggressive style to pioneer the concept of animation in a limited time should be praised. His continuous experimental challenge through producing works of “play,” together with his works of more affirmative quality of “fairy tale,” must be sublimated to his creation full of charm and humor. We look forward to seeing further development of “play.” 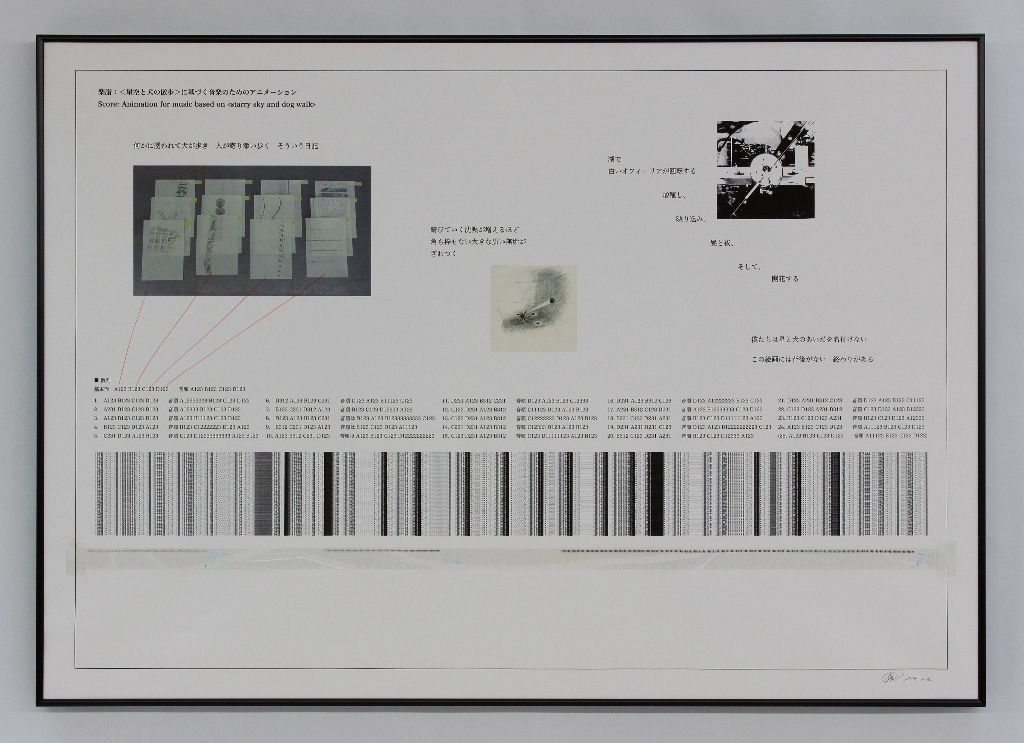 Score: Animation for music based on 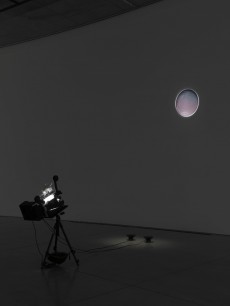 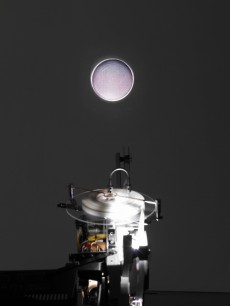 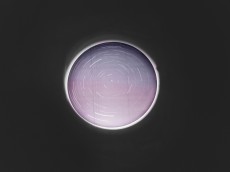 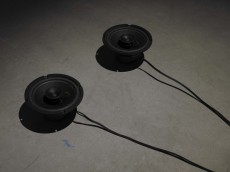 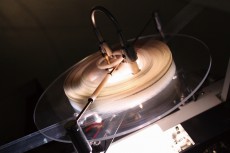 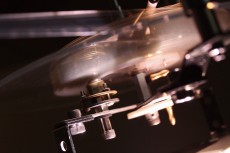 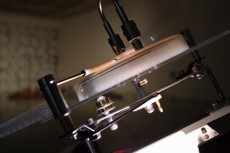 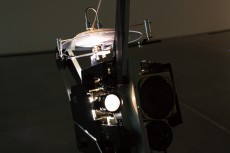 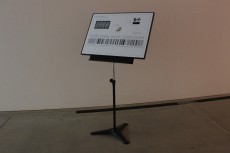