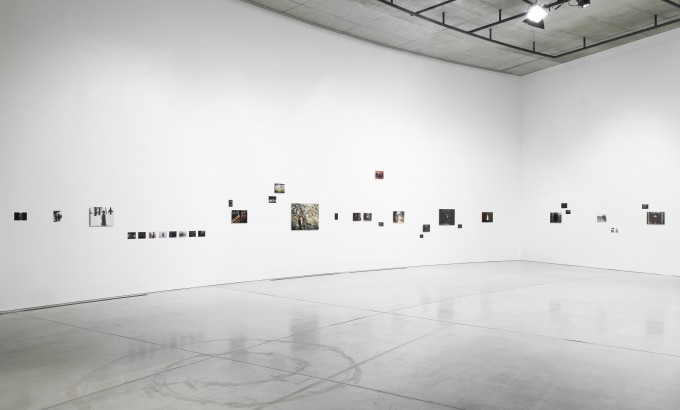 Among Finnish artists who work in photography, those who were part of Aalto University (formerly University of Art and Design Helsinki) as students or teachers are known as the "Helsinki School." Originally, this was just a number of loosely tied people related with the university’s educational programs training students to be artists and advance their artistic careers. Eventually, through their own art gallery (Gallery Taik, Berlin), the Helsinki School artists have become more active and enhanced their visibility, by exhibiting their works at the gallery, having their works published as photo books, and presenting themselves as a sort of group in international exhibitions and art fairs. Of course, there are plenty of photographers in Finland who do not belong to the school. When I visited Finland for artist research in 2005, I met various artists working with photography, not only from the University of Art and Design Helsinki, but also from the Finnish Academy of Fine Arts. I asked one of the artists belonging to the Helsinki School about how the two groups were different. He told me that the latter put importance on concept, in most cases choosing photography just because it would fit what they wanted to express, while the former tended to focus on specific properties of the medium. While this does not explain everything, it seemed true that many of the Helsinki school had strong interests in such aspects — photography as a recording media, time and light in photography, the way photography captures reality, compositions of photographs as renderings from painting, and so on.

Anni LEPPÄLÄ is an artist from the Helsinki School. Considering that it was the 1980s when photographers in the school's earliest generation were most active, Leppälä, born in 1981, could be said to belong to a younger generation. She is conscious, too, about specific features unique to photography, as pointed out by the photographer mentioned above.

Using everyday objects and familiar scenery, Leppälä sets up, composes, and fabricates photographic images that seem to depict scenes from some kind of story. Her sophisticated settings often involve things familiar to her — her family members, small items related to her family history, her family's old house, her sisters, and so on.

The development of her work began in 2002 with an ongoing series of photographs set in her grandmother’s old house [fig.1]. Isolated from the flow of time in the outer world, the house seemed to have its own speed of time, where the artist found small objects and photographs, related to her family and relatives, in which time seemed frozen. Old images of her family members showing their appearance in a way never-before-seen by her, and the objects evocative of their lives made her strongly aware of the difference between the flow of time in the past and that in the present. According to the artist, she then obtained a strong sense that the time that used to be certainly present had passed and been lost, which she then tried to capture in her photographs[i]. Since then, capturing momentariness amongst the flow of time has been an important artistic methodology of the artist. Indeed, nothing other than photography seems to be able to capture frozen time or to contain a flow of time different from the present. It is a kind of illusion only possible through the medium called photography.

In Leppälä's photographs, figures and objects often appear unclear, by being partly or totally hidden, out of the frame, or intentionally blurred [fig.2]. The artist says she intentionally creates such imperfect areas in order to emphasize passing of time[ii]. This "imperfectness" gives her photographs a peculiar atmosphere. Due to the unclear imagery as a result of the "imperfectness," some of her photographs present faint yet impressive images, as if being something like nameless moments that have passed just like scenery viewed through the windows of a moving train, remaining only in the deep area between consciousness and unconsciousness, unlike the "eternal moments" vividly etched in our brains accompanied by memories of entire events. This way of dealing with imperfectness by hiding or blurring certain areas also deftly creates anonymity for her familiar subjects, so that the entire resultant image is given a seemingly stereotypical, "clearly Finnish" atmosphere[iii]. Therefore, even though deeply connected to her personal memories in reality, her subjects never tell particular stories in her photographs. Deprived of their own names, the subjects have turned into surreal images that somehow evoke imagination toward various possibilities. Her photographs, therefore, are perceived by the viewer as scenery where names, times, and places are somehow suspended, where the spiritually close relationship between the subjects and the photographer has been hidden, and only the feeling of intimacy remains.

It can also be said that the things such as miniatures and old photographs the artist shoots within her photographs are also aimed at this "imperfectness" [fig.3]. Thee miniatures or old photographs being photographed by the artist appear to be representations of a different reality, at first glance. Gradually, there we find something faintly weird, a somewhat vague sense of fakery and strangeness. Such features reinforce the unreality of the worlds depicted in her photographs, suggesting that they are in fact artistic fabrications. In another aspect, imperfectness also strengthens the impression of the human figures, such as girls with their faces covered [fig.4] or a human body cut by the frame [fig.5]. As if being a protagonist or character in a story, each of them functions as a guide who leads the viewer to a mysterious world.

Presenting mysterious and evocative images with such characters as guides, her photographs induce the viewer to explore different meanings hidden from the simple surface, just like a myth or a fairytale. Her work obtains some sort of narrativity due to this. Furthermore, Leppälä tries to set the narrative in multiple directions rather than a fixed, single one, by composing different images. Each time she exhibits her work, the artist combines past and new works together. There is a strong sense of "installation," where, for example, photographs of different sizes are scattered on one wall at various heights, while only one tiny photographic work occupies another entire wall.

Her work exhibited in the gallery at ACAC was also composed of new and existing pieces together. Nevertheless, as the work's title Work in Progress Photo Installation suggests, it was not complete at the beginning, but every week, a number of new pieces that had been made on site were added, updating the whole installation. This was a new challenge for the artist.

Leppälä's practice in the residency started with photographing cones of Maries' Fir trees, which had caught her interest during her research before coming to Aomori [fig.6]. Called Aomori-todomatsu or Oh-shirabiso in Japanese, and designated as the "municipal tree" of Aomori City, it is an evergreen coniferous tree in the family of Pinaceae, with Mount Hakkoda, rising behind ACAC, being the north end of its distribution. Most probably Leppälä discovered this tree through the name Aomori and/or its area of distribution, but then, what attracted her was the tree’s huge purple cone. While photographing those cones, the artist frequented an antique shop in the city to acquire old postcards with photo images and glass plate negatives, and made them additional subjects of her photographic works [fig.7].

New pieces created during the course of this whole process were digitally printed out and put directly on the wall, between the existing works mounted on aluminum. The seemingly random composition, however, contained a sort of regularity, in terms of connections of colors and forms across the works. It was perhaps a result of Leppälä being impressed by the lines of the mountains surrounding ACAC, the peculiar color of the Maries' Fir cones, which was the starting point of the work, and/or the overwhelming greenness in the region in early summer. It was not about creating aesthetically minimal effects through repetition, but rather, forming tiny pathways through faint similarities of forms and colors, guiding the viewer smoothly from one image to another. The sequentiality was not linguistic or narrative, but visual, where the viewer's gaze would naturally follow and connect different images. Furthermore, through links of images whose contents (linguistic and narrative elements) were seemingly unrelated, the possibility of hidden spaces unexpectedly lying between the lines was presented, suggesting the world was in fact full of branching points.

Leppälä says that the essence of photography as artwork lies in rescuing or saving an unseen or unseeable thing, by transforming it into another invisible thing[iv]. Fixing the appearance of something real in front of the camera, photography always deals with the subject's surface. The resultant image, however, does not always show what is real, as it is. By simple means, you can make up a makeshift world that still has a certain connection with the reality. That is probably why Leppälä's photographs give an impression of a "nowhere moment" that belongs to no speci_c context, transcending the usual sense of time, unlike any moment in reality. Leppälä's attempt is not to visualize the reality we cannot see, but rather, to trigger each viewer to imagine it, by creating space between the lines through combinations of different images or motifs (both in a single photo or across multiple photos) to be filled in with imagined invisible elements. As discussed above, this is an approach conscious of the specific nature of photography as a medium. Leppälä's photographs have been regarded as something that stimulates unconscious feelings or deep psyche. This must be because her work, although capturing the real world by virtue of photography, suggests the viewer a somewhat unreal imaginative world, and stirs their psyche to shift between the two worlds. 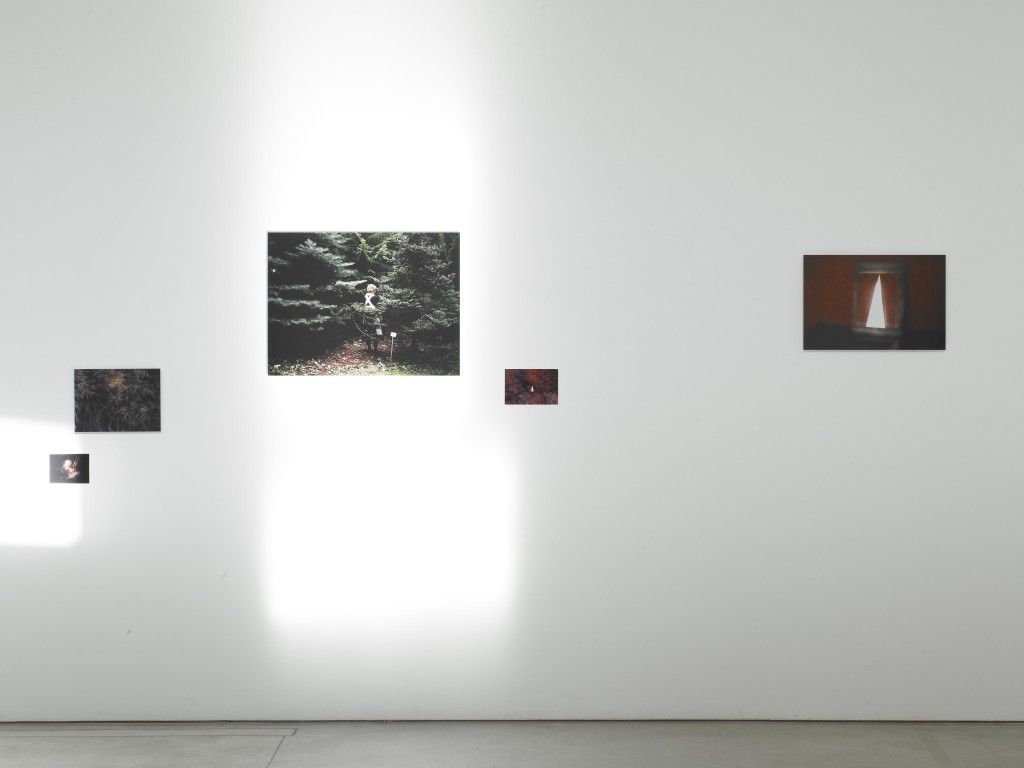 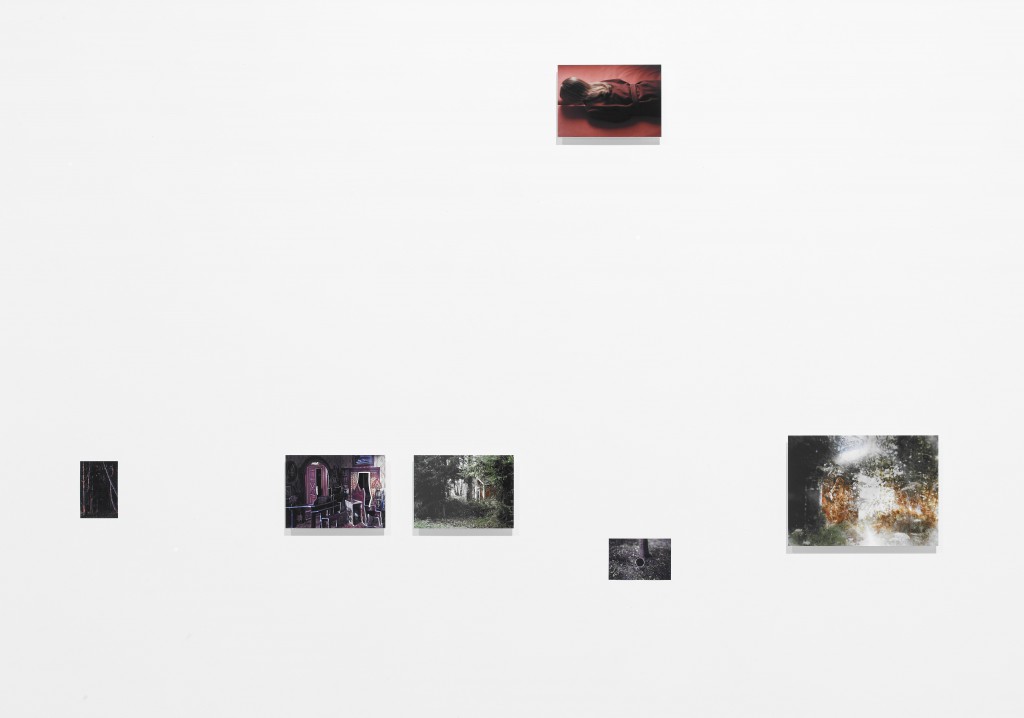 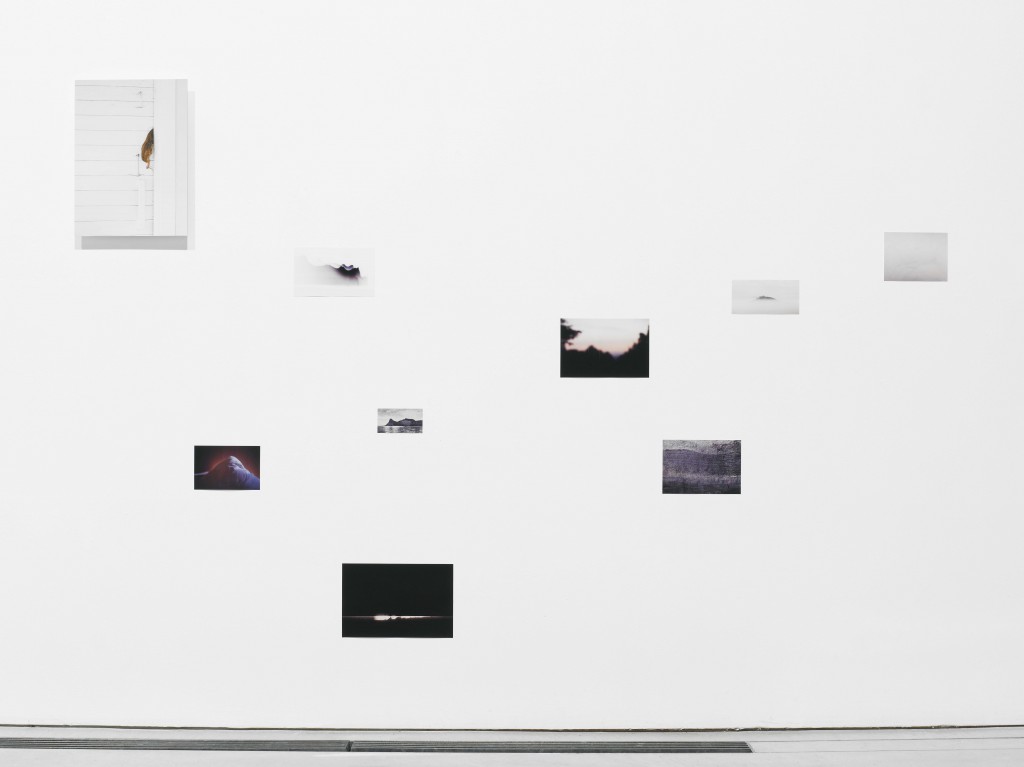 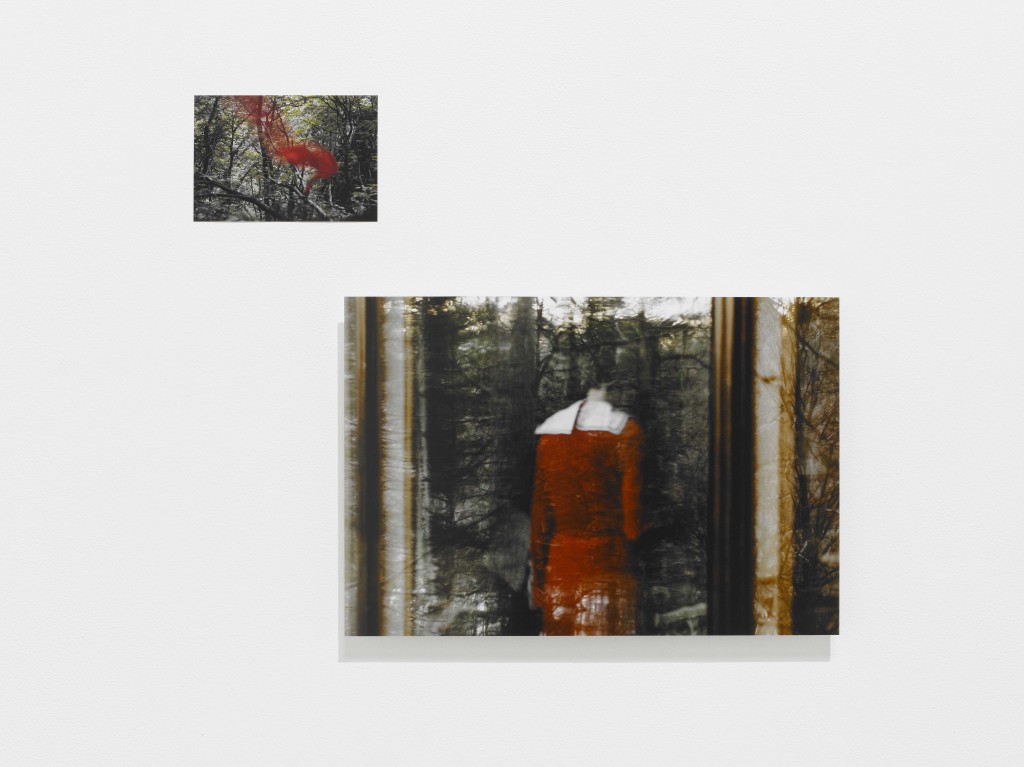 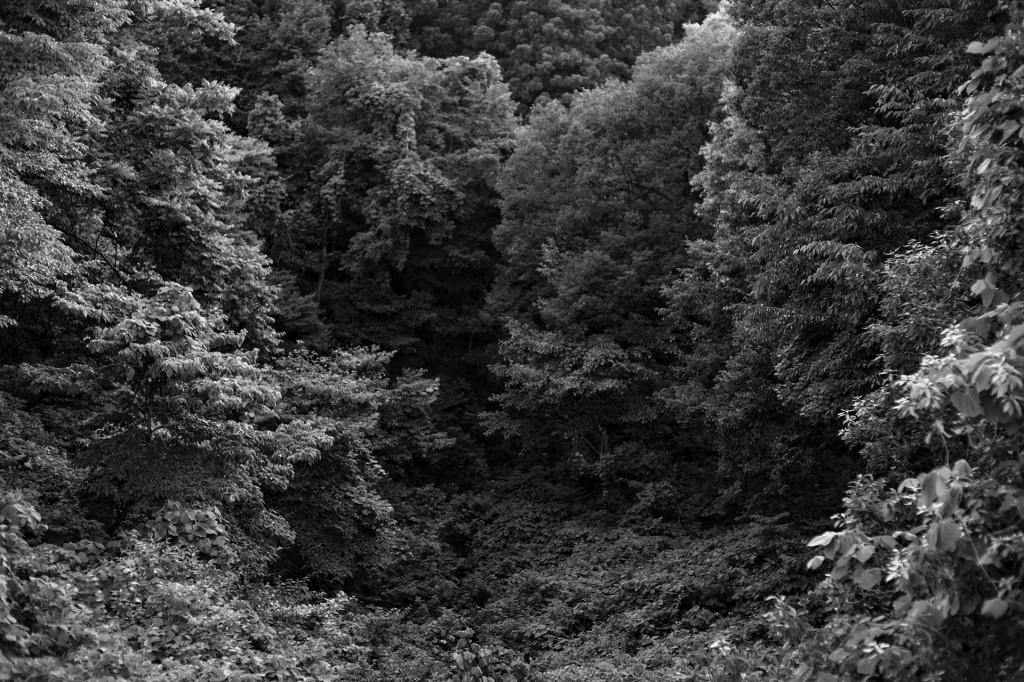 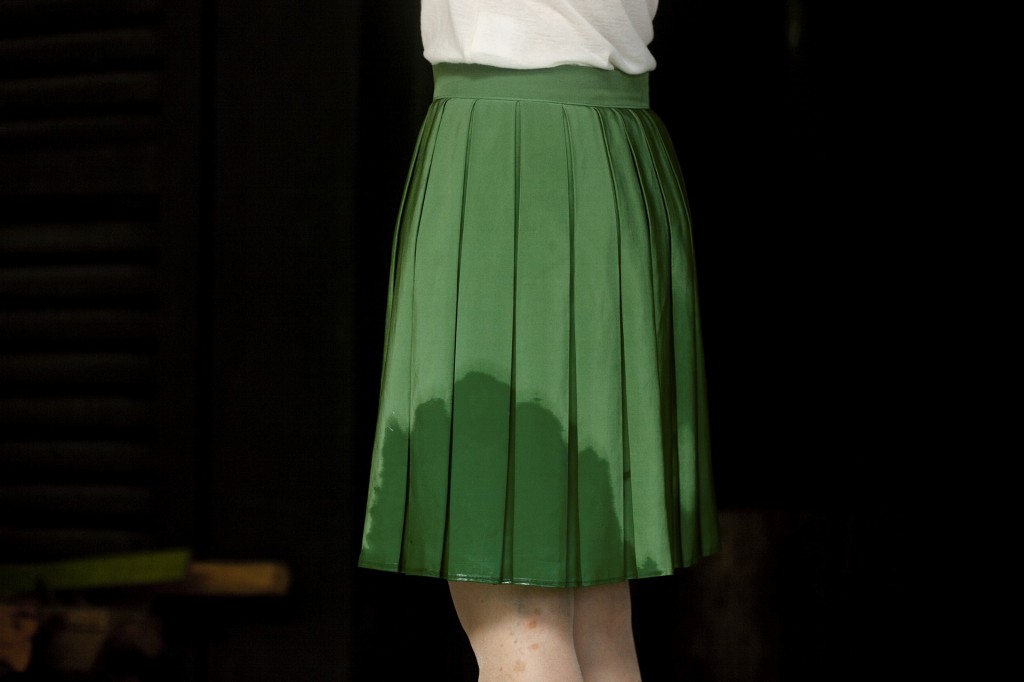 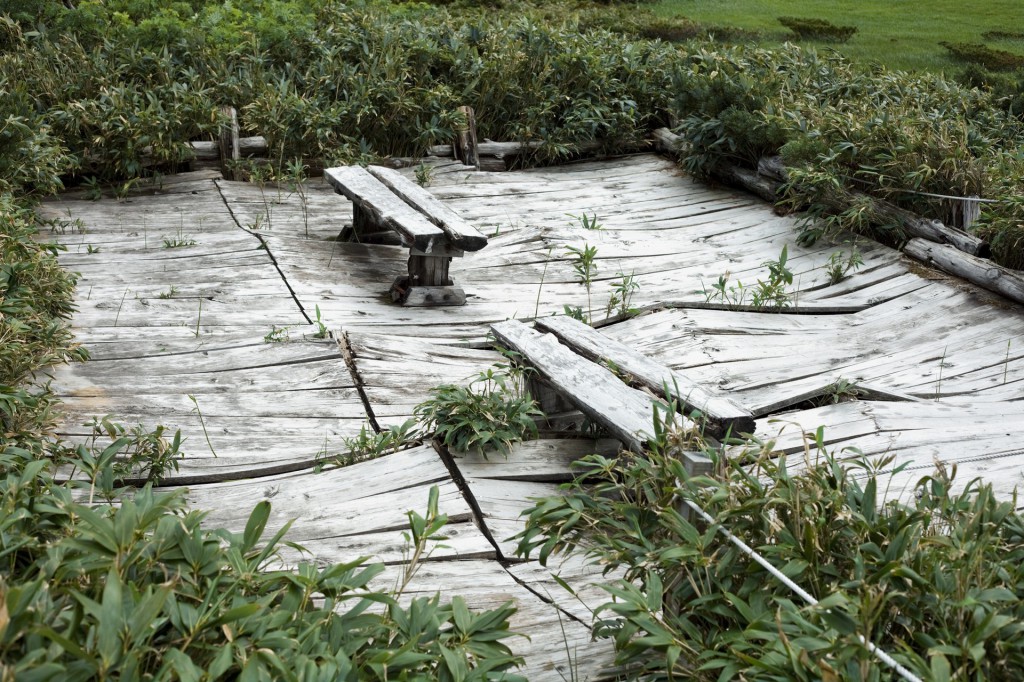 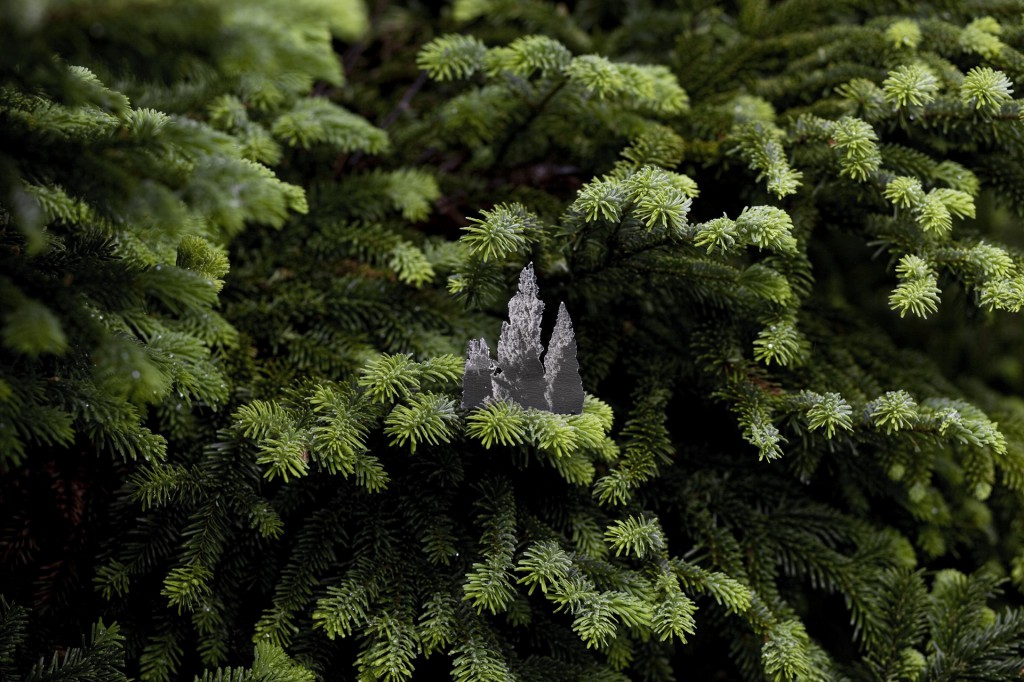 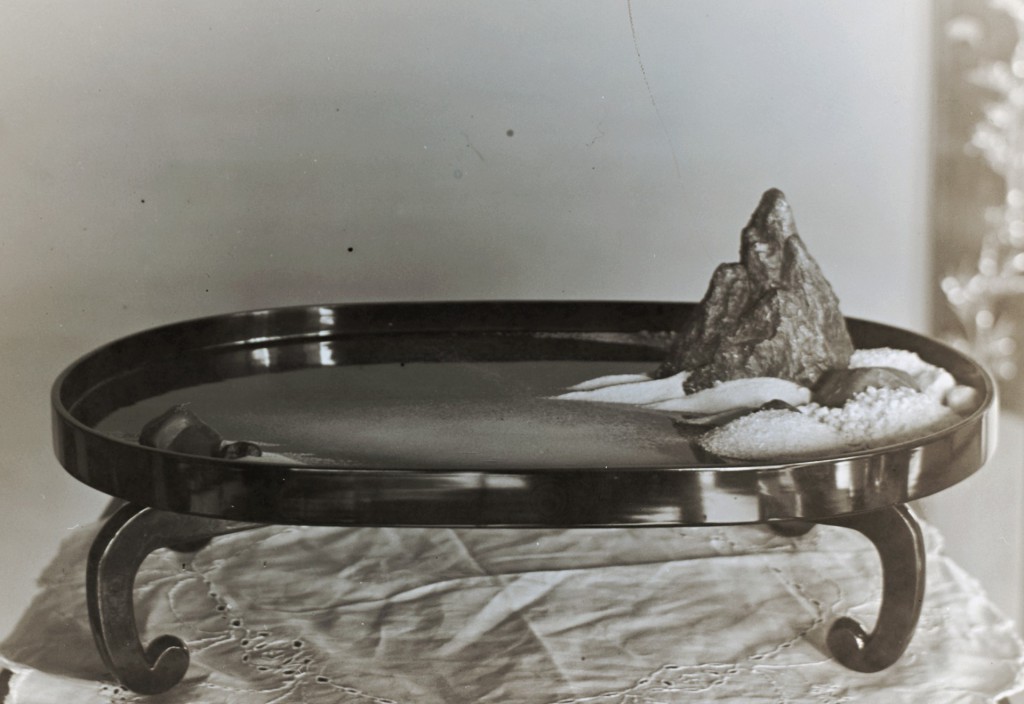 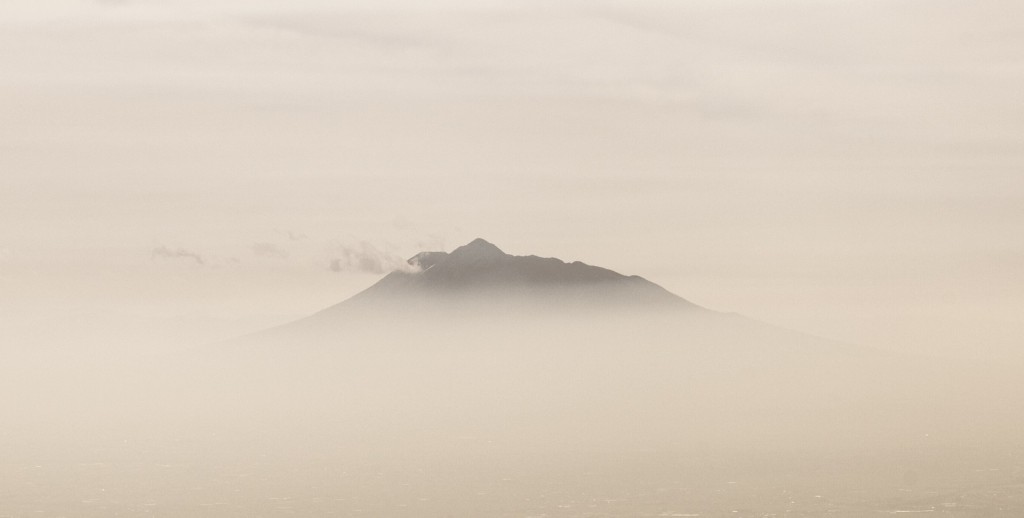 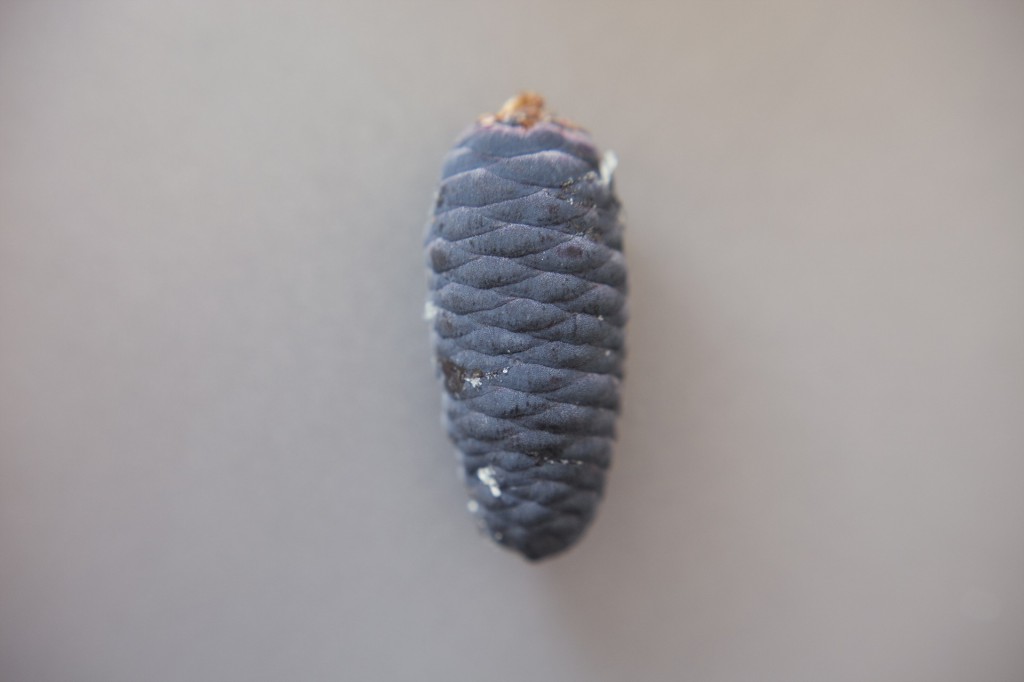 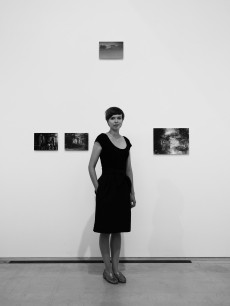 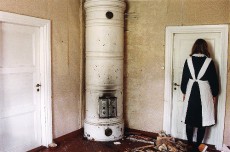 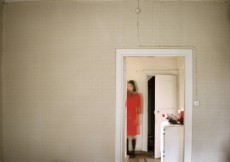 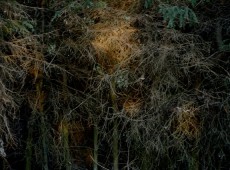 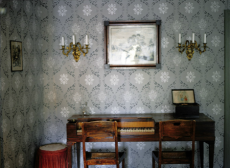 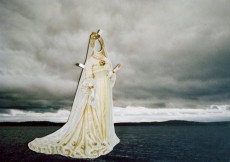 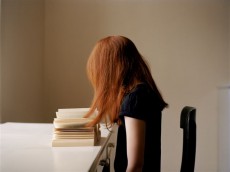 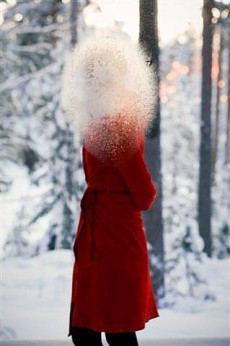 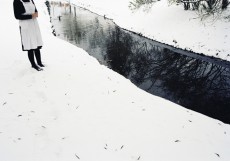 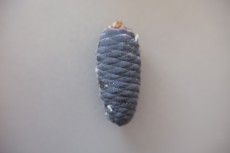 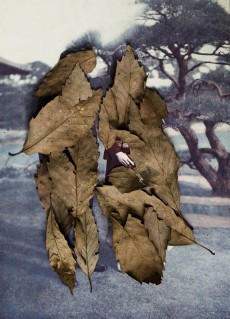