In 2018, the Aomori Contemporary Art Centre (ACAC) holds its 16th annual Vision of Aomori exhibition, which features artists who have a connection to Aomori. This year, the ACAC highlights photos that capture timeless views of Aomori in a two-part series. aononymous: Latency features the works of photographer Kakizaki Masako, who was born in Aomori City. Kakizaki, who now lives in Tokyo, continues to shoot landscapes of Aomori in her ongoing photo series aononymous. While her photographs do indeed capture these landscapes, they retain a certain distance, as if to imply both the geographical distance between her current residence and her birthplace as well as a yearning for a particular sense of place yet, at the same time, a proportional amount of skepticism. Here, Kakizaki presents her newest works from this series. Enjoy the otherwise anonymous landscapes of Aomori in aononymous: Latency. 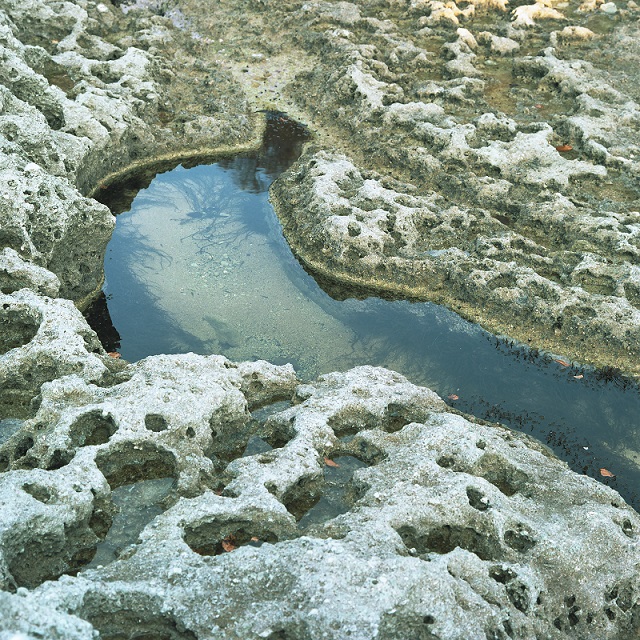 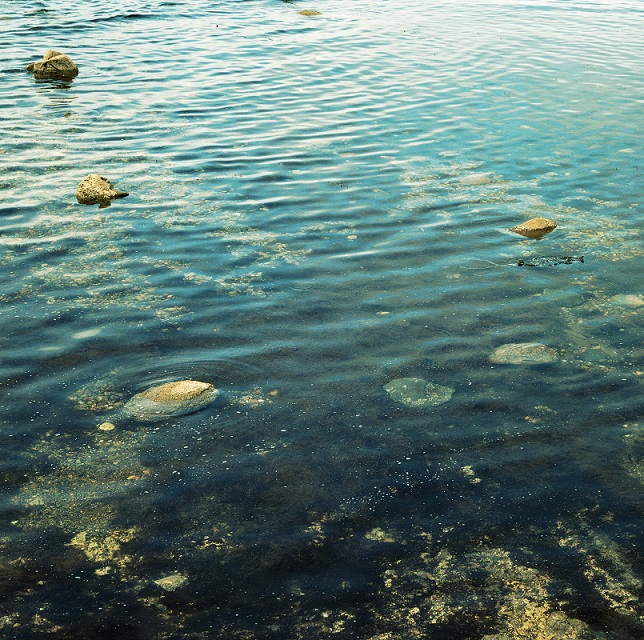 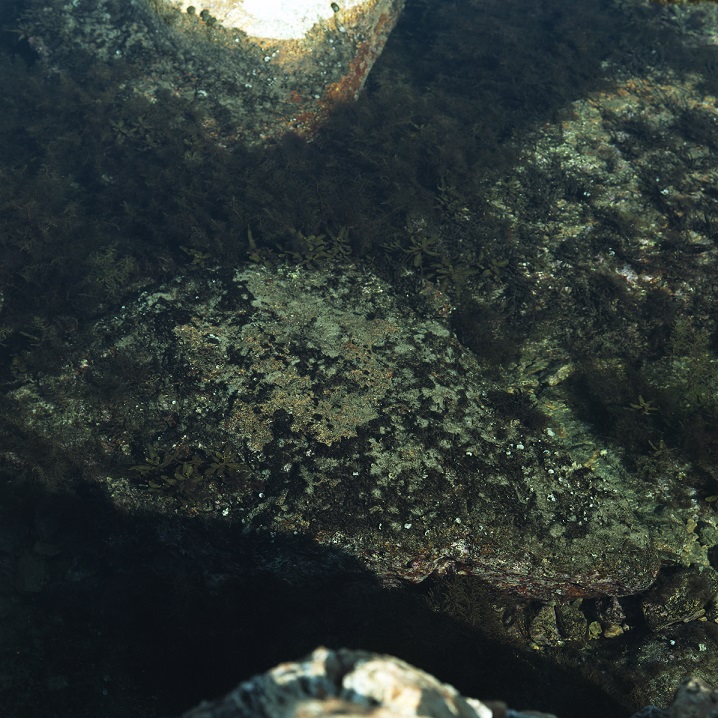 I enter the gallery to see its walls lined with framed photographs, hung at varying heights on the lower portions of the 6-meter high walls as if to create an undulating, wave-like rhythm within the space. In the center of the gallery, two grey structures emerge like two protuberances from a floor of the same color. Inside they are painted black. I peek inside of them both, much like I would a cave, where I see photos of what appears to be the rugged rocks of a dry creek bed. A small pool of water is seen in one of the photographs while light shines onto the rocks from above in the other. The work, housed in a three-dimensional structure observable on all fours sides, is composed such that the viewer can barely make out any sense of direction.

When thinking about the exhibition layout, KAKIZAKI Masako intended her works to be seen similarly to how they would be seen in nature. On the coast, the horizon is visible at eye level and the water is visible at one’s feet. In accordance with these simple laws of nature, Kakizaki placed her works that depicted the coast at eye level or slightly lower and others that depicted the shoals at the feet of the viewer. Kakizaki’s intentions connect back to a confrontational attitude toward nature, a frequent subject of her photography. Her photographs are not the stuff of picturesque postcards nor do they seek to fetishize the exoticism of some remote place. In fact, Kakizaki’s aononymous series began while photographing the neighborhood near her family home and she has gradually gone on to shoot famous sites and attractions, but no matter where she goes, Kakizaki confronts objects that have existed for tens or hundreds of thousands of years, objects that have quietly sat and watched all forms of life go by. The nature in Kakizaki’s native Aomori is a constant presence that has continued to watch over her and her practice while simultaneously observing the lives of the people in her life. When Kakizaki glances at nature, nature glances back.

As someone who uses a camera as a tool to extend the function of the human eye, Kakizaki is struck with awe at nature’s greatness—how it continues to exist in one place gazing at whatever unfolds in front of it. That is why it doesn’t matter to Kakizaki whether her subjects are famous or not. It is not that she strips her images of their identity, making them anonymous in an invasive act fraught with violence. What is important to her is that she listens to the tiny voices present in each place and responds accordingly. Her photos keep a mysterious distance with their subjects, neither extreme closeups nor distant panoramas, and just as people tend to keep their distance with one another, it seems as if Kakizaki and her subjects maintain a comfortable distance with each other. That may also be why the landscapes she captures are never silent but speak of their presence to the viewer through the textures of their surface.

This confrontational approach toward nature was surely developed in Aomori. Life in Aomori has been designed to cope with the heavy snowfalls that come every winter. There is nothing to do but wait out the blizzards, and some people cannot even leave their homes without first digging themselves out. Snow in Aomori cannot be defeated; it can only be dealt with. It seems natural that Kakizaki, having grown up in Aomori, would be adept at listening to the voice of nature. aononymous, the title of her exhibition, is a play on words that combines the words “anonymous” and “Aomori,” but the concept of Aomori does not only encapsulate the nature of the place, but also the people who live within it, and that includes the artist herself.

But let us return to the gallery space. At the back wall of the gallery is a glass window. Outside, the water’s surface stretches out at the same height as the floor inside, past which a thicket of pine trees extends into a dense forest. On the floor in front of the gallery window is a single photograph facing the forest, and the viewer’s gaze is led from the water to the forest. The photos reveal an underwater scene, and in it clumps of algae grow like a miniature forest of their own, as if in resonance with the pine trees outside the gallery window. The viewer first sees the photograph and then stares out the window at the scenery in front of them. The nature outside stares back, gazing at our actions, the collective actions of humankind. When I look back inside the gallery after looking out the window for a little while, I notice that the photographs of Kakizaki’s aononymous series are staring right back at me, inside this room bathed in sunlight. I find myself enveloped in their gaze, drawn into the cyclicality of nature.