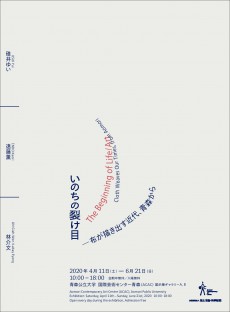 We are always wrapped in cloth from the time when we give our first cry until the time we die. Cloth protects us physically and mentally and it also represents who we are. In various locations on the globe, different kinds of cloth have been made and used, according to the climates and cultures of the places. In order to make cloth, we tear up animals and plants to use their skins or take out their fibers to spin, weave, and knit. We also cut cloth and sew it up to wear it. Destruction and regeneration happen repeatedly around cloth. The French thinker Georges Bataille once talked about how we humans attained humanity by making wall paintings in the caves; the Earth’s ‘fissures’, in the prehistoric age and how art originated through play by denying the value of labor(*1).

In Aomori, the northern tip of the Honshu island, we have rich and unique cultures, which originated because of the severe winters here. Including Sakiori, Sashiko and Kogin-zashi, and BORO as far as cloth making goes. They reflect people’s lives in rural villages. Making them must have provided people with the joy of doing handwork and being creative with colors and patterns within limits they had as well as challenges against the normative consciousness such as morals connected to gender. I do not mean to lightly refer to those objects as art by no means, but it is true that they teach us the joy of making them and wearing them and tell us many stories.

In this exhibition, derived from “Aomori City Archives Exhibition", the series of exhibitions ACAC had been doing, we will invite three artists based in Asia, who have been doing contemporary art projects, using handcraft, craft, and techniques rooted in traditional cultures. They will exhibit new works inspired by craft objects used among ordinary people, archived in the collection of the Aomori-city Board of Education(*2) and installations using important cultural properties. Guessing from the ideas the artists have shared with me, their works will theme around topics such as female education before the wars, war and firework, connections between the native people of Taiwan and Japan and they will give us opportunities to think about the times our predecessors lived in, which is continuous to our own times.

Gaps are created in layers by the objects themselves, and the expressions born in the process of making those objects. I hope that this exhibition will provide opportunities for us to look into these gaps, go beyond pre-conditioned communities such as nations, races, and families, and connect with others, both who are alive now and who were alive in the past. Because we humans cannot live alone after all.

*1 Bataille, Georges (1955), Prehistoric Painting: Lascaux or the Birth of Art

*2 The collection of Aomori City History and Ethnography Museum, Keiko-kan, has been transferred to Aomori City and the Cultural Porpoerties Devision of the Aomori City Board of Education. The museum was initially opened as Keiko-kan Foundation in 1977, was transferred to the Aomori City, and became a historical ethnological museum. Among others, Chuzaburo Tanaka acted as the museum director there. It was closed in 2006.

Artist. Born in Tokyo in 1980 and lives in Saitama.
Dealing with events that happen or happened in the contemporary society and history from which people look away, Usui views her personal experiences and questions as social and political, and studies them through reference books and interviews for research so as to create a variety of works from the two-dimensional to installations using familiar techniques and materials such as handcrafts. Her major solo exhibitions include “shadow work” (Oyama City Kurumaya Museum of Art, 2016). In recent years, she has participated in many group exhibitions including Aichi Triennale 2019 (Nagoya City Art Museum, etc.) and Assembridge NAGOYA 2019 (the Nagoya Port area). At VOCA Exhibition 2018, she won the grand prize, VOCA Award. 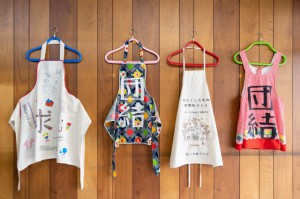 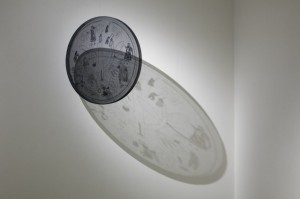 Textile/Visual artist. Born in Osaka in 1989 and lives in Hanoi, Vietnam and Osaka.
Graduated from Textiles Course, Okinawa Prefectural University of Arts, and Ars Shimura. Endo intends to explore the essence of crafts rooted in everyday life from the perspective of contemporary art. As she believes that complex social facts are woven into textiles, she collects fabrics and repeatedly uses and repairs them. In recent years, she continues to visit different places in East Asia, mainly Okinawa and Vietnam, to conduct research on and collect respective local textiles. Her major solo exhibitions include “Gravity and Rainbow,” the 13th shiseido art egg, Endo Kaori Exhibition (Shiseido Gallery, 2019) in which she won the grand prize, the 13th shiseido art egg award. She has participated in group exhibitions including “BARRAK: survibes,” in Bangkok Biennial 2018 (White Line, Thailand, 2018). 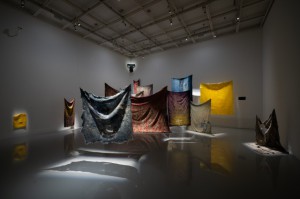 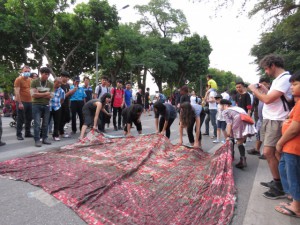 Artist. Born in Hualien, Taiwan in 1982 and lives there.
Completed master’s course of Temporary Space Design at Autonomous University of Barcelona. As a member of Truku tribe, indigenous people of Taiwan, she uses traditional weaving techniques while making use of her knowledge of jewelry design to create sculptural installations. Collaborating with weavers in the local community at times, she focuses on the female body and identities. While having participated in many exhibitions including international shows in Taiwan, she opens her exhibition for the first time in Japan. Her major exhibitions include “Taiwan Biennial: The Possibility of an Island” (National Taiwan Museum of Fine Arts, 2016) and “Hiding in the Island” (Museum of Contemporary Art Taipei, 2017). 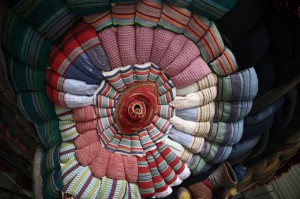 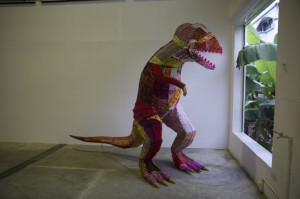