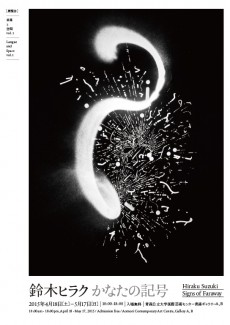 Langue and Space
The Aomori Contemporary Art Centre (ACAC) will hold a successive series of solo exhibitions by artists Hiraku Suzuki and Shūta Hasunuma under the title Langue and Space in Spring 2015. Suzuki is a versatile contemporary artist who has consistently pursued the act of drawing, a primal yet futuristic concept and expression. In this exhibition, Suzuki focuses on the relationship between light and the origins of drawing by deconstructing and restructuring existent symbols. Through the physical act of drawing, he attempts to generate the very instant that new language arises.
Following Suzuki’s exhibition, Hasunuma develops extensive compositions by scattering fragments of sound in countless places to generate unique musical scores. He takes his artwork outside the museum and into the world by involving people, materials, and a whole host of elements that produce sound in his artwork. His compositions give rise to unique musical environments that can sublimate time and space to higher dimensions.
We invite you to experience the creative essence of these artists in the ACAC’s quiet architectural space and natural forest setting.

[Related Events]
Hiraku Suzuki Live Drawing & Talk
2:00pm - 4:00pm, May 3, 2015 / Admission free
Heraku Suzuki will do live drawing in the gallery space with his works. After the live drawing, he will also talk about "drawing."
Venue: Gallery A

The Code Tour
2:30pm - 4:30pm, April 26, 2015 / Admission free
The gallery tour with talking each other, writeing and so on. The participants will make exhibition guide with the educator.
Venue: Gallery A

[Artist Statement]
Drawing exists between pictures and language. In fact, drawing and writing were once one and the same. Long before we began using what we now know as language, the ancients etched the rhythms of the stars into mammoth tusks, onto cave waves, and across the face of ordinary stones. This is how humans invented signs. Letters and language were developed by humans to orient themselves within a world where the unknown is constantly present. And we have managed to survive as a species by using language to better study and relate to our world. But is anyone living today capable of fully grasping new occurrences within our world’s ever-growing expanse of time and space and pointing to the future with only our existing concept of language?

My methodology interprets drawing as an alternative archaeology that corresponds to our world in the present progressive. I begin by first slipping into the world through the ubiquitous cracks that already exist and deconstructing them into dots and lines.

Take, for example, the wavering shapes of the sunlight as it filters through the trees onto the ground, the chipped white lines in the asphalt, or the curving veins of a leaf. An indecipherable mathematical formula, graffiti, veins bulging through the skin, the outlines of buildings, the topography of a rice terrace in China, the sound of footsteps echoing in an underpass, and an animal’s trail. The grooves on a record, the branches of a tropical plant, an afterimage induced by car headlights, the fictional company logo seen for a fleeting moment on a billboard in the scene of a science-fiction movie, the path of a mosquito flying through space.
I look at the dots and lines within them. I look at them from forward and behind. I trace them. Use my body. Recompose them. Produce an effect. Repeat.

In this way, I connect fragments of the deconstructed world and generate new lines, which become the circuit that connects the here and now with the somewhere, some time. Neither pictures nor words can be transmitted in this circuit. Only signs can. I excavate the signs in the ever-changing present moment. My practice is to discover and acquire flickering signs of light in the faraway, in the dark and widening gap between drawing and writing.
Hiraku Suzuki 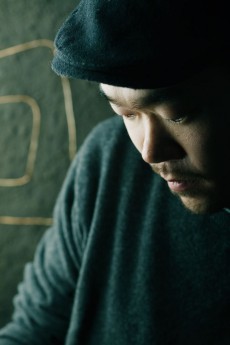 [Photos of the works] 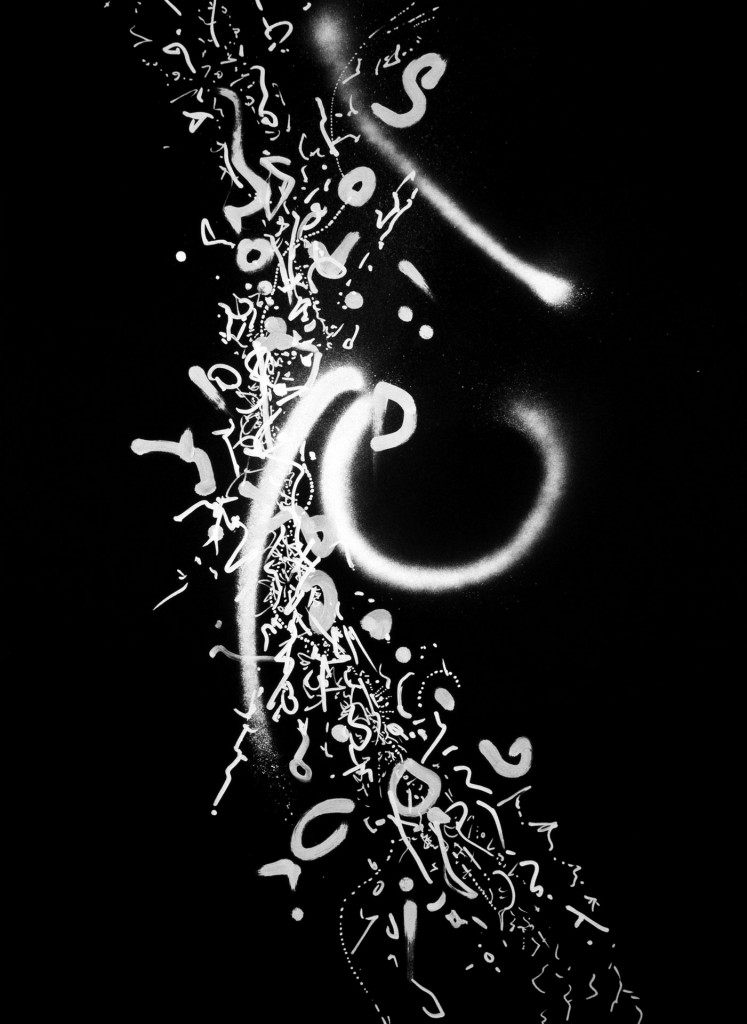 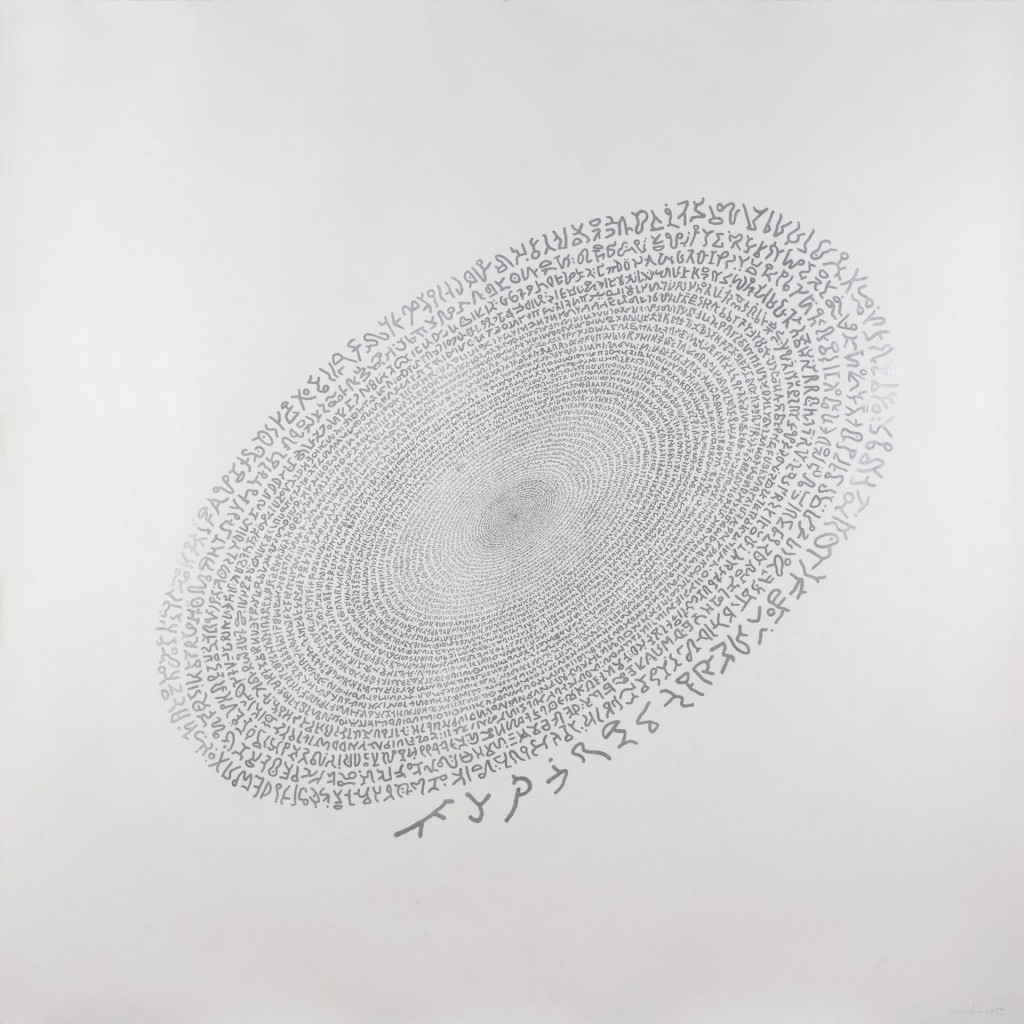 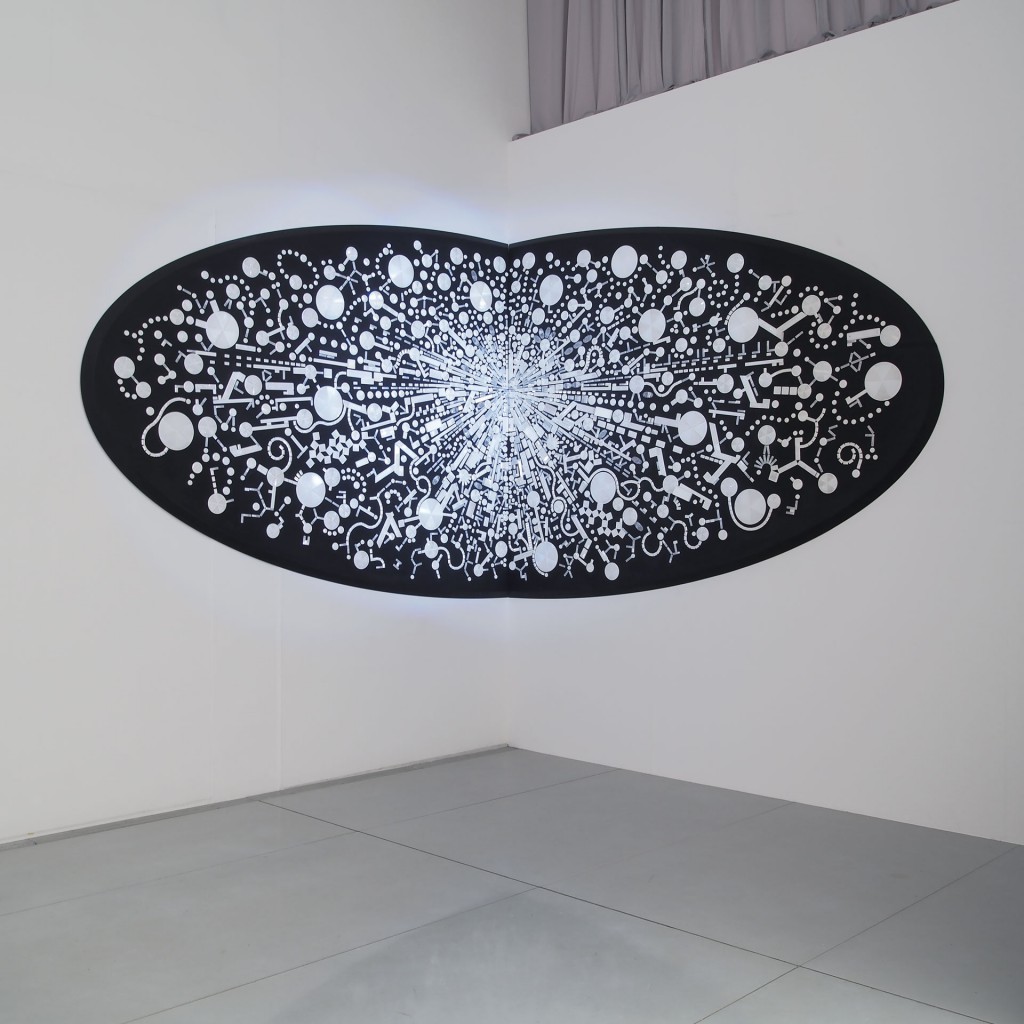 Portrait of the Artist
photo by Ooki Jingu