In February and March, we held a winter art course which includes 3 courses.

In the workshop “People See People” by artist SEKIGAWA Kohei, participants spent the time without knowing who they were around them in a room.
Participants who came to different times and places were given an instant camera “Utsurun-desu” one by one from Sekigawa, two rules were explained －taking photos with people, and not talking to other participants, then gathered in a room. Without knowing who each other is, spend one and a half hours in the room according to the rules.

For example, in a train, strangers don’t talk to each other at the same time and for the same time, but usually there is no situation people who meet for the first time watch each other without greetings and take or being taken pictures.
Here, we experienced incompatibility by making extraordinary situation.

The images are pictures taken by the participants by instant cameras.
When Sekigawa played music and changed the atmosphere, the participants also started to move and adjust the lights, etc.

In the afternoon, after the lecture of Sekigawa’s art work,
the participants did not talk about who each other was yet, and did objectively look at the situation where several people are talking from the other side.

Even though we didn’t know who each other were, while we were talking, we were able to see the personality of the person and kind of tendency of them.
It is normal to know the person’s name and what he/she does when meet a person first time, but excluding such information, this workshop was an attempt to watch the person just as the title of it, and getting acquainted each other.

We witnessed the current situation where knowledge is biased to verbal information and the question of what one can say who the person is.
In addition, when people lose their names and backgrounds, they also appear to be playing something; conversely, we felt that it was also a matter for the performers to lose their individuality and let the viewer imagine. 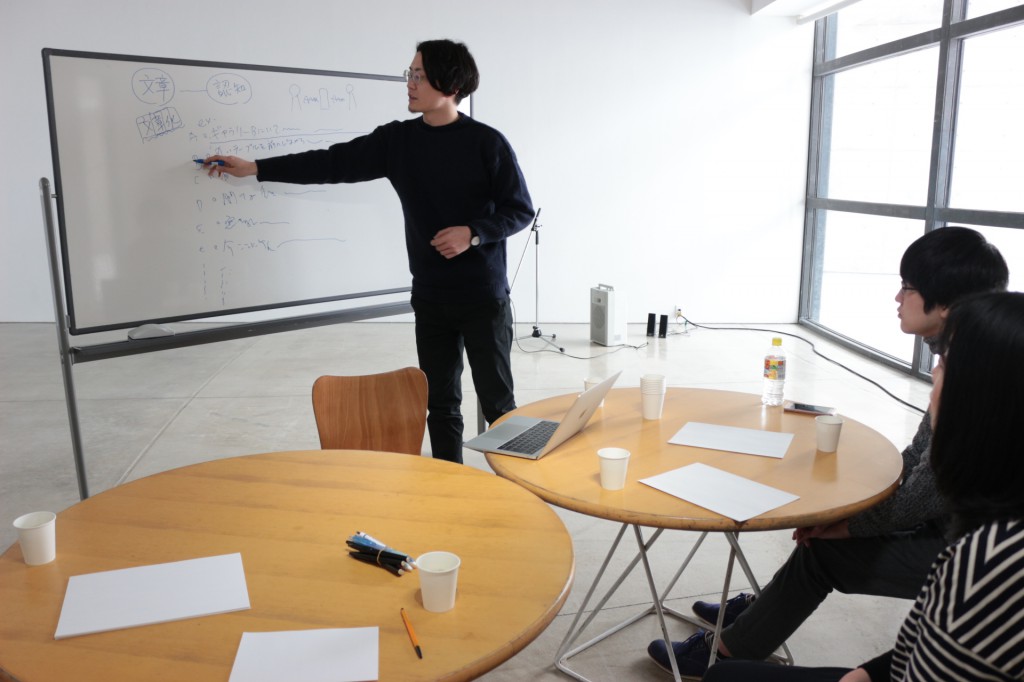 On the second day, we saw what people were doing and wrote them in sentences.
This was to find out exploring how to recognize what we were seeing by texting it. 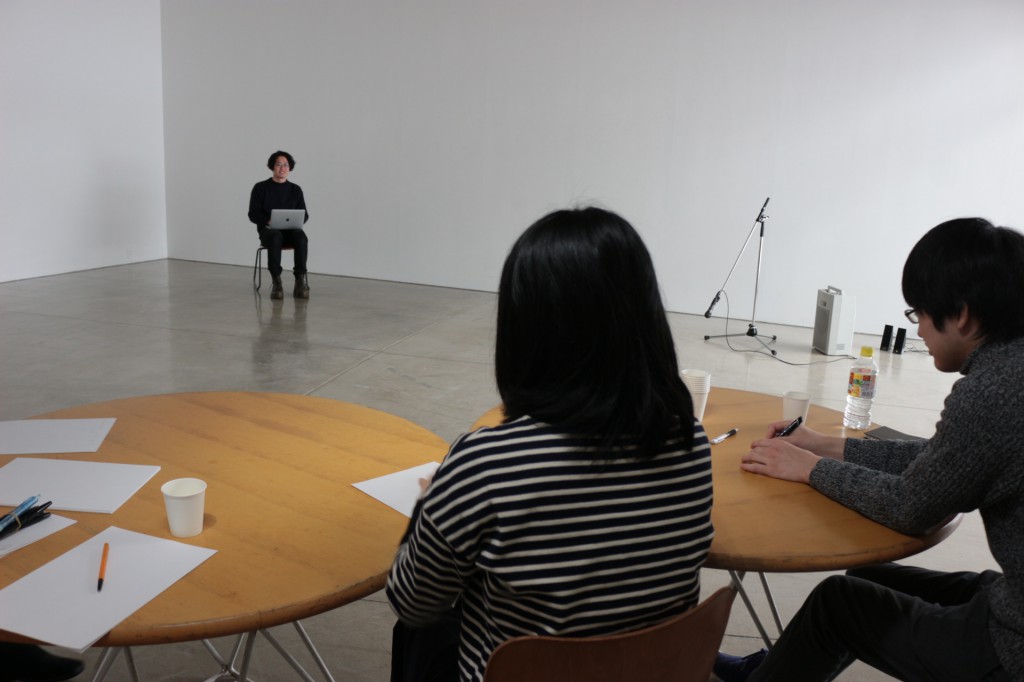 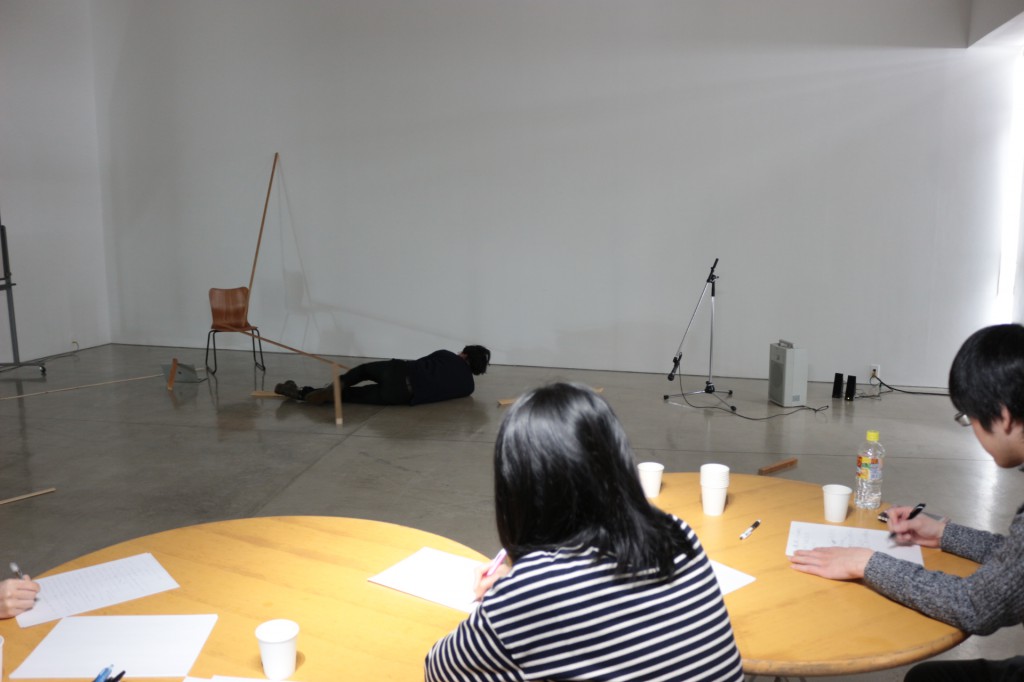 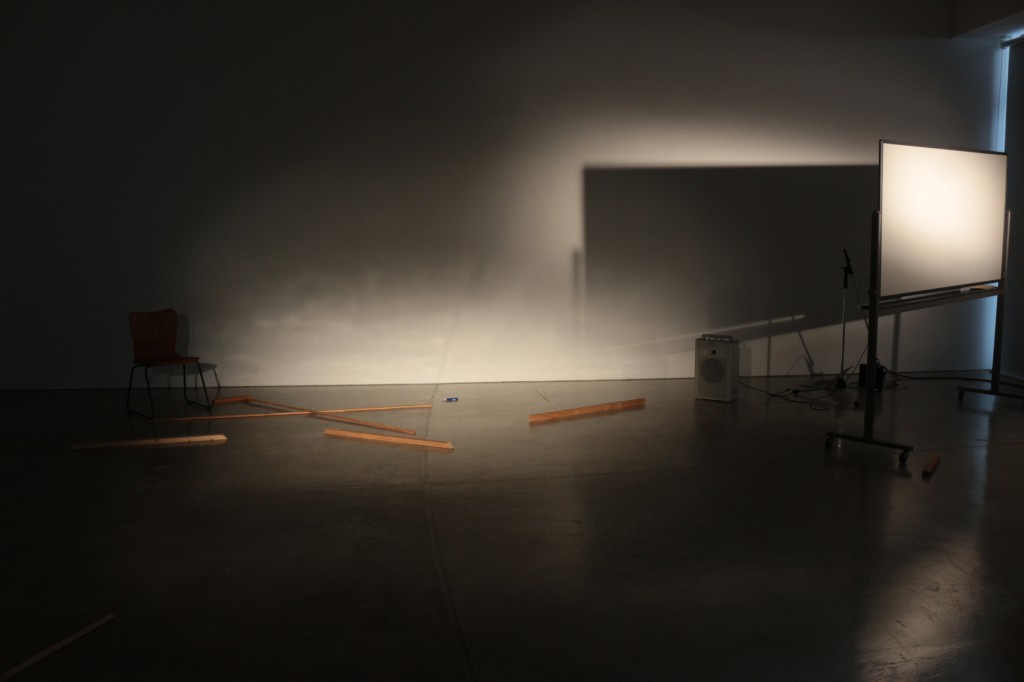 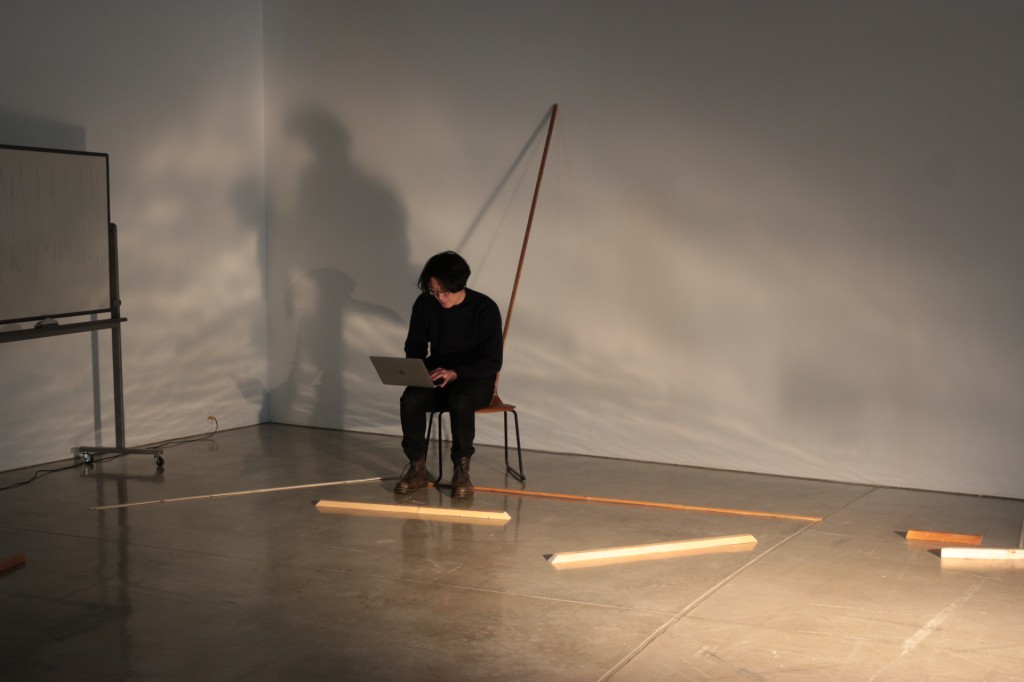 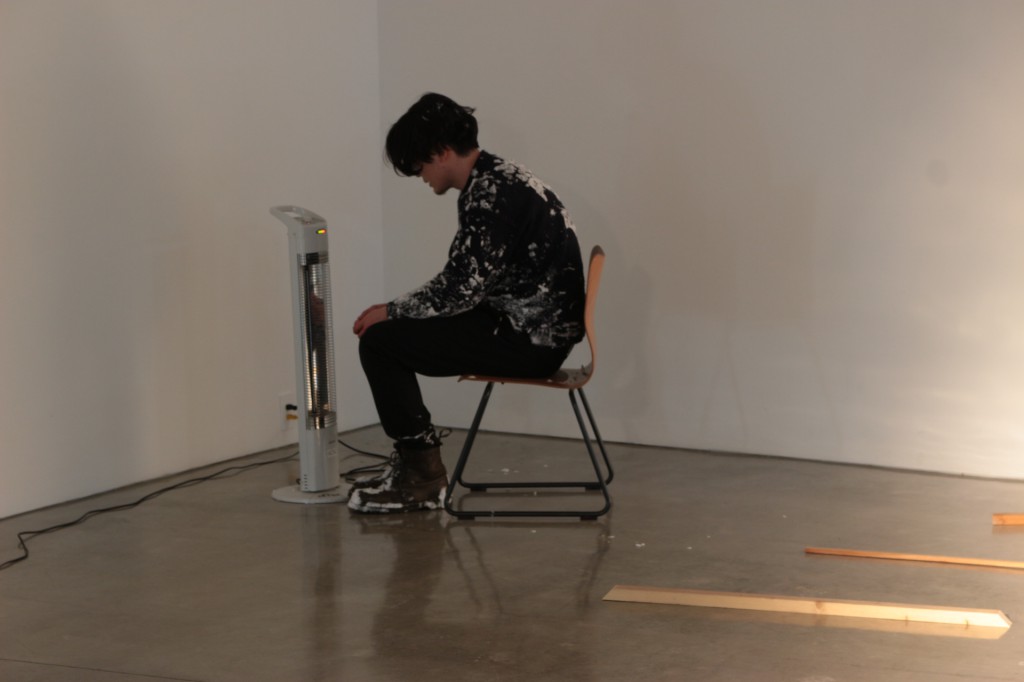 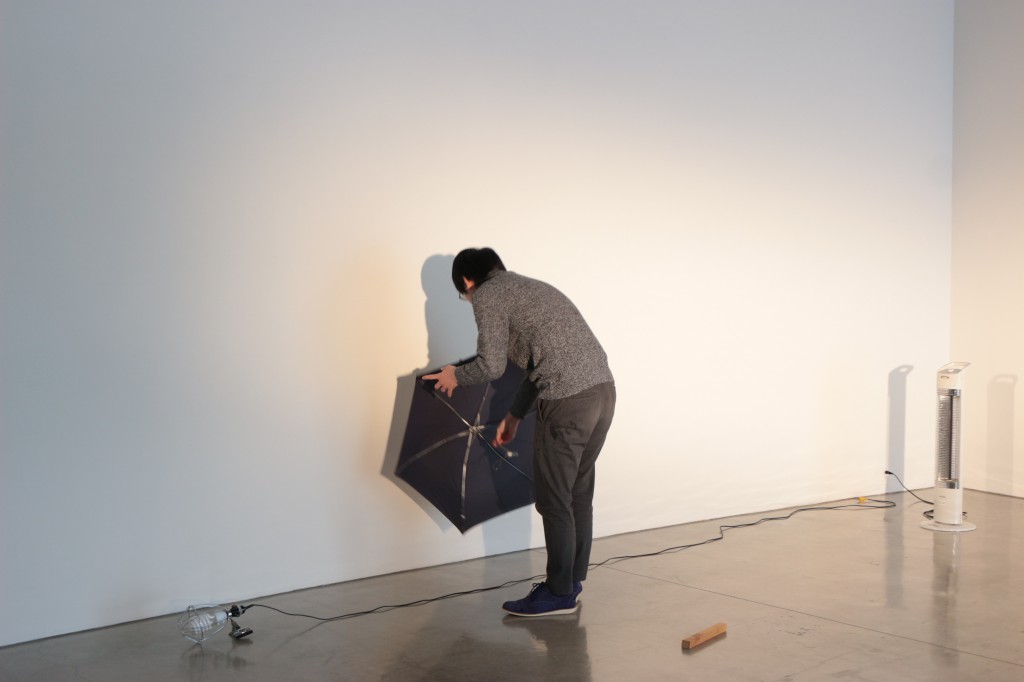 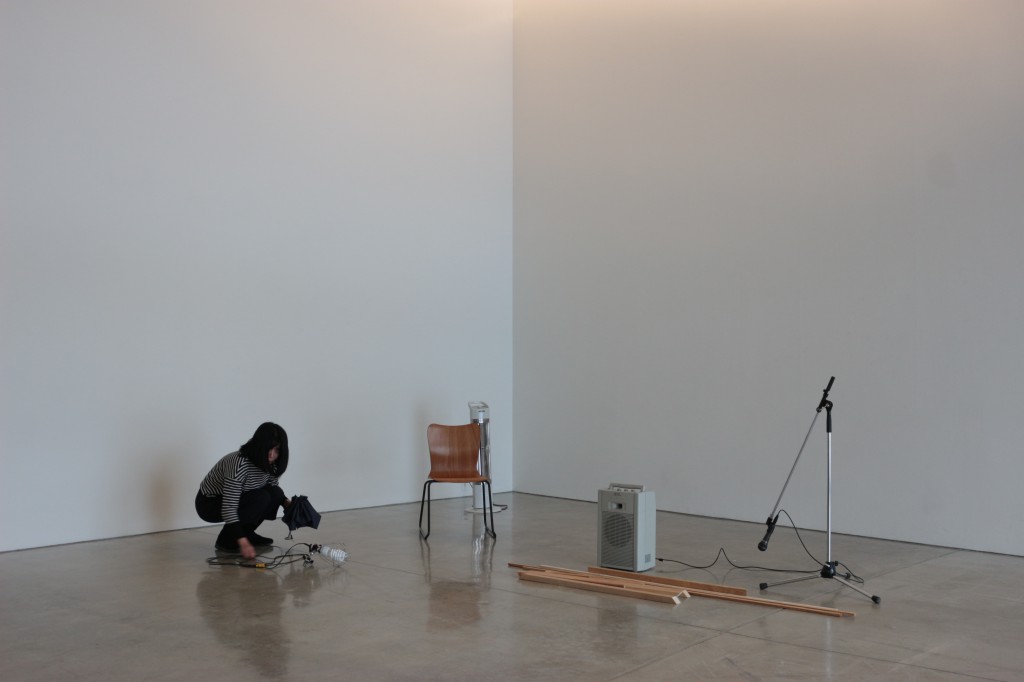 While we felt it was very difficult to write out exactly
what we saw as it was and to instantly write up events that change from one to
the next, we wrote and read repeatedly.
There were concrete or abstract expressions in each participant’s words, differences in where to focus, and various differences in how to grasp time.
In an abstract view, a scene of imagination by the viewer / writer came out, and we were able to see the diversity of combinations of viewpoints and words. 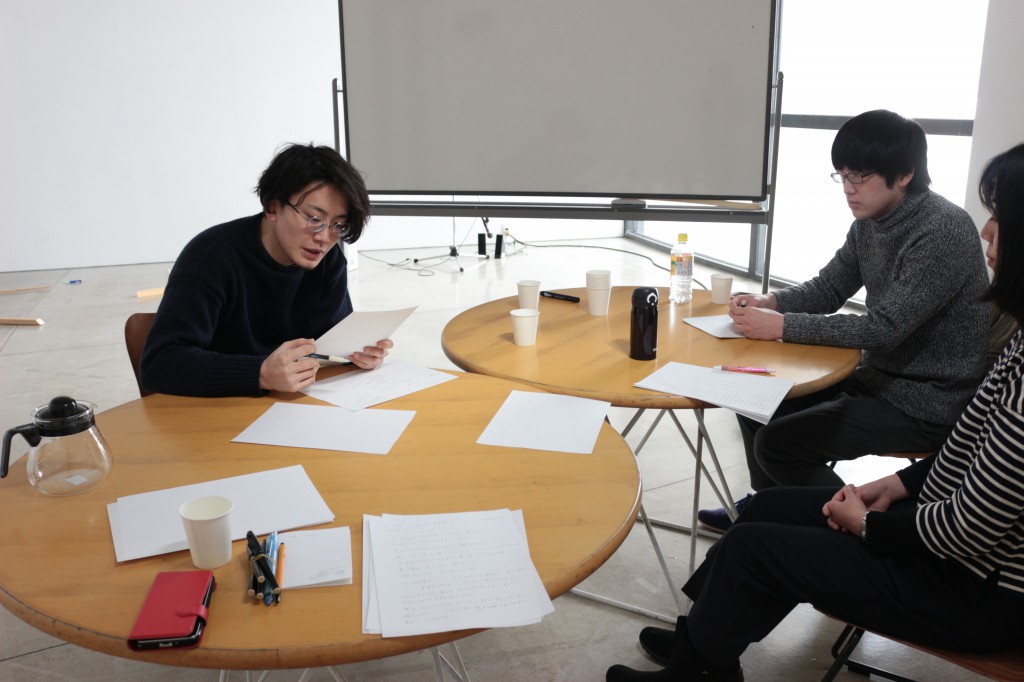 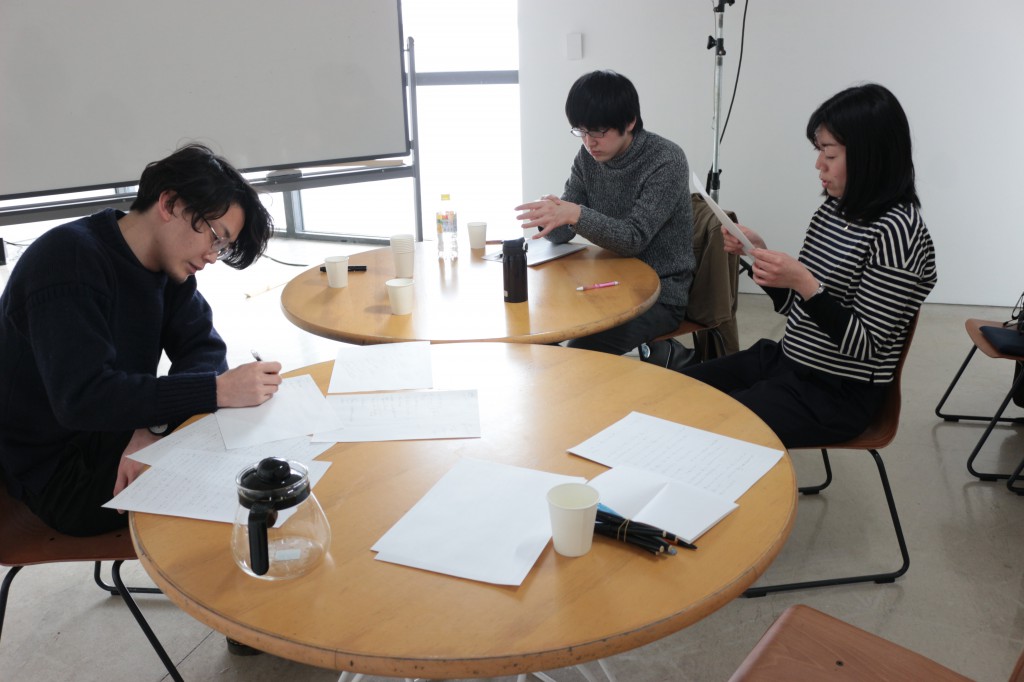 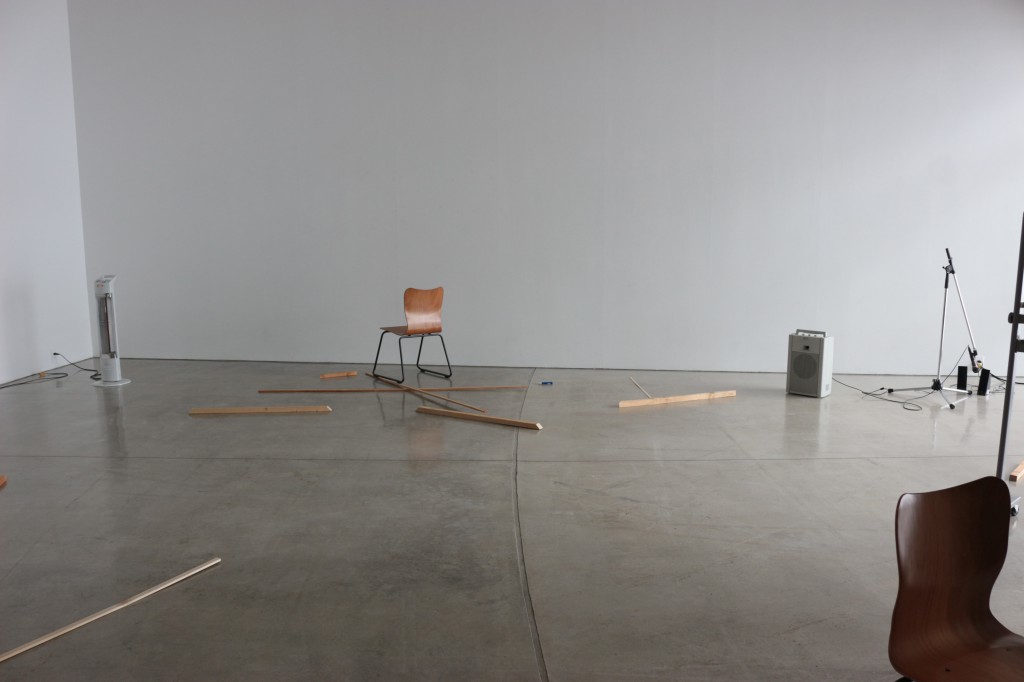 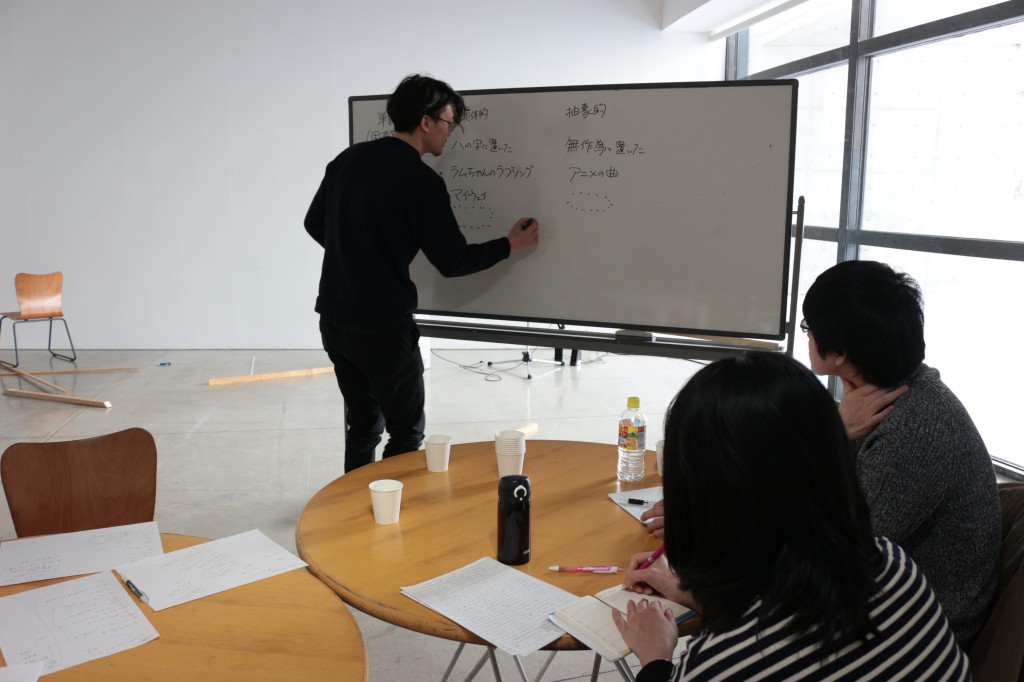 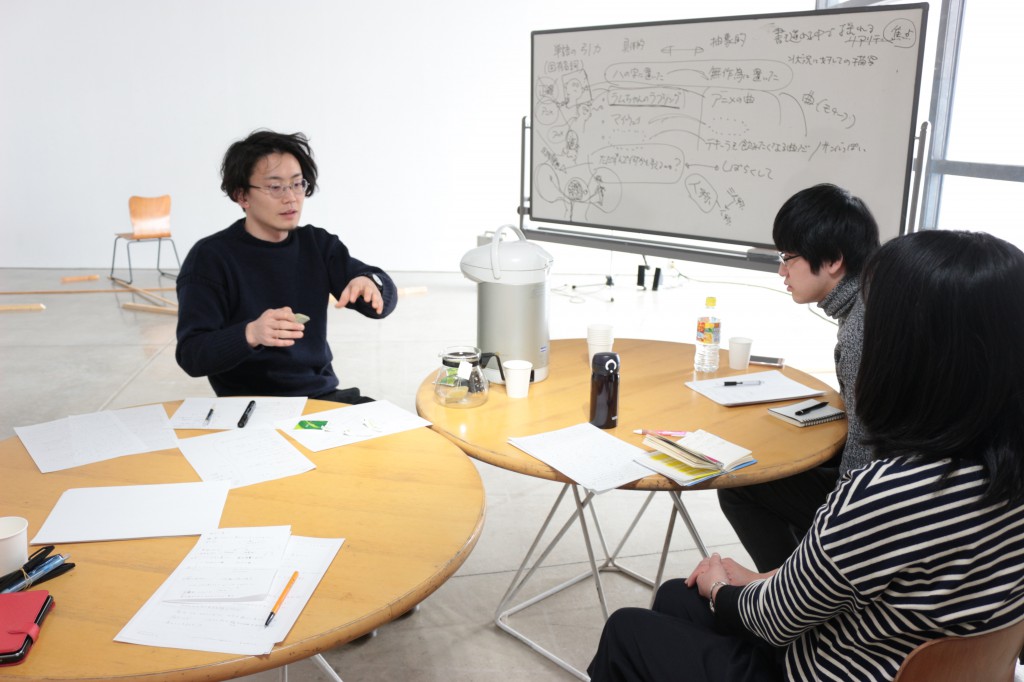 A two-day workshop “People See People”.
Each of the participants could have had an experience that opened up the possibility of expression by recognitions from seeing to the words, and another vision through recognition from the words.

The following is URL of “Shifty Eyes” written by Sekigawa, serialized in the web magazine “Hinagarta”.
https://www.hinagata-mag.com/auther/sekigawa