This time will be the last report.

I went to research for Registro on December 27th and 28th. There are many Japanese houses which were built on the beginning of the 20 century. Renata who joined the residence program together in ACAC accompanied me.
It took about 3 hours from Sao Paulo by car. First of all, I met Mr. Fukuzawa who is president of the Japan Cultural Association. 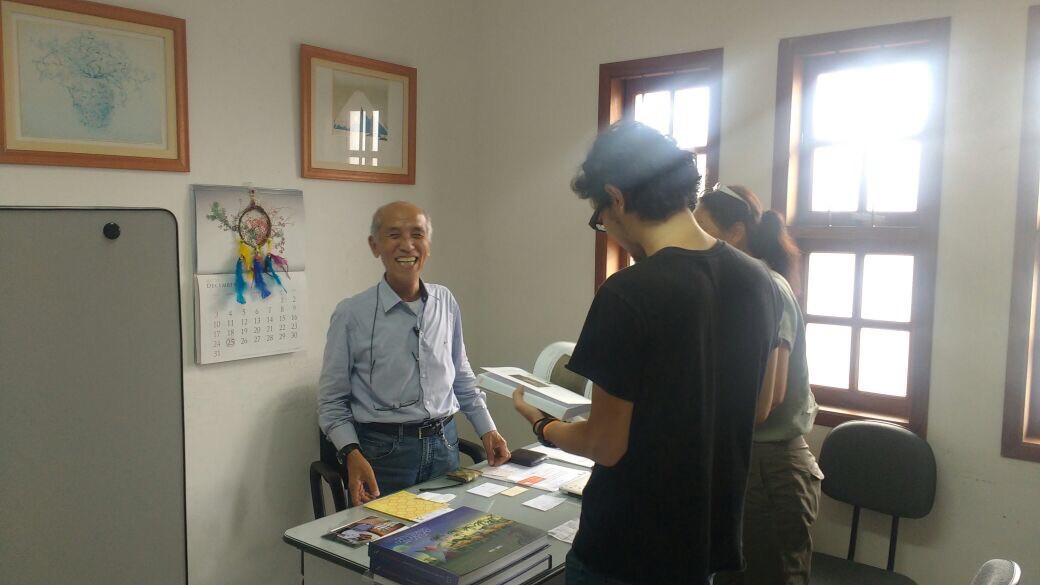 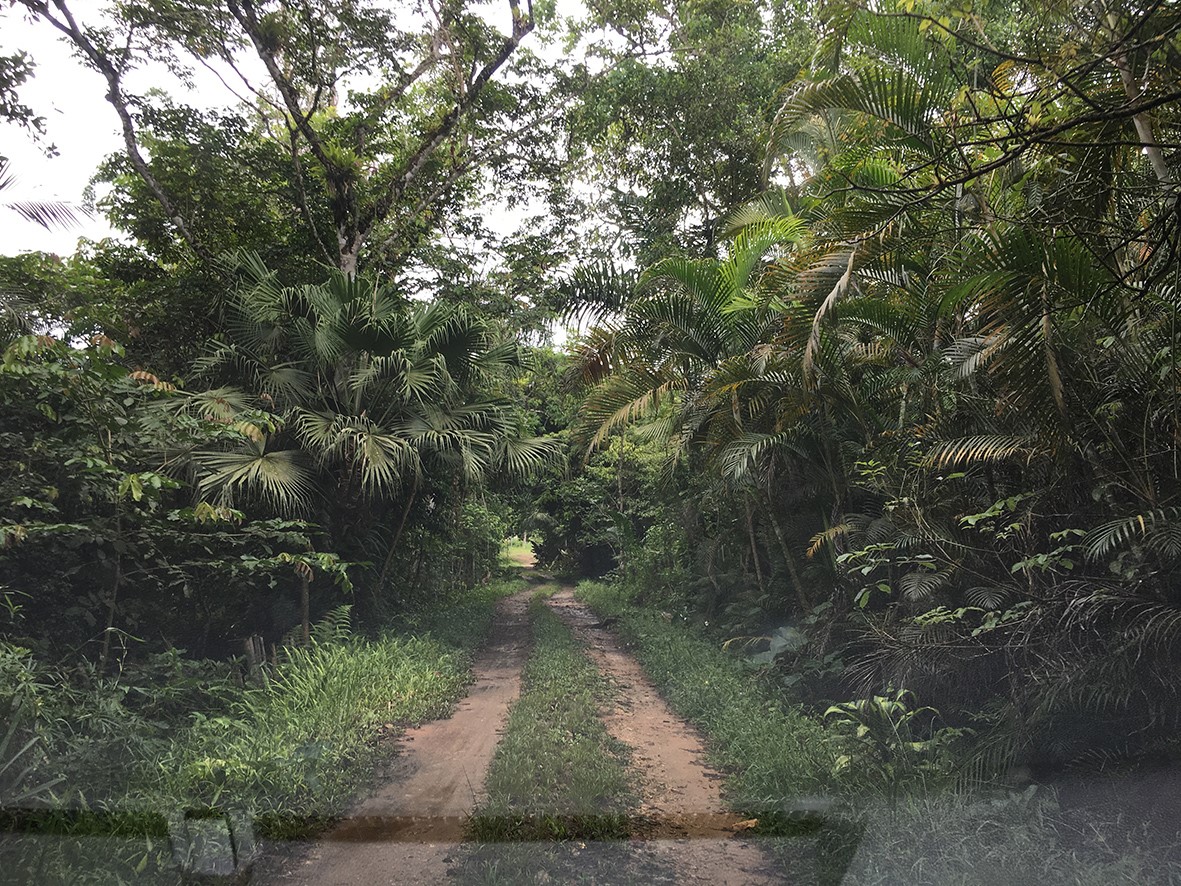 Registro is called Amazon of Sao Paulo. a Japanese house suddenly appeared after we went along the rough road in the jungle. A desolate Japanese house built before nearly 100 years exists quietly in a jungle which is almost reverse of Japan on the earth. I took photos and movies and was moved by the fact that this Japanese house is still existent. 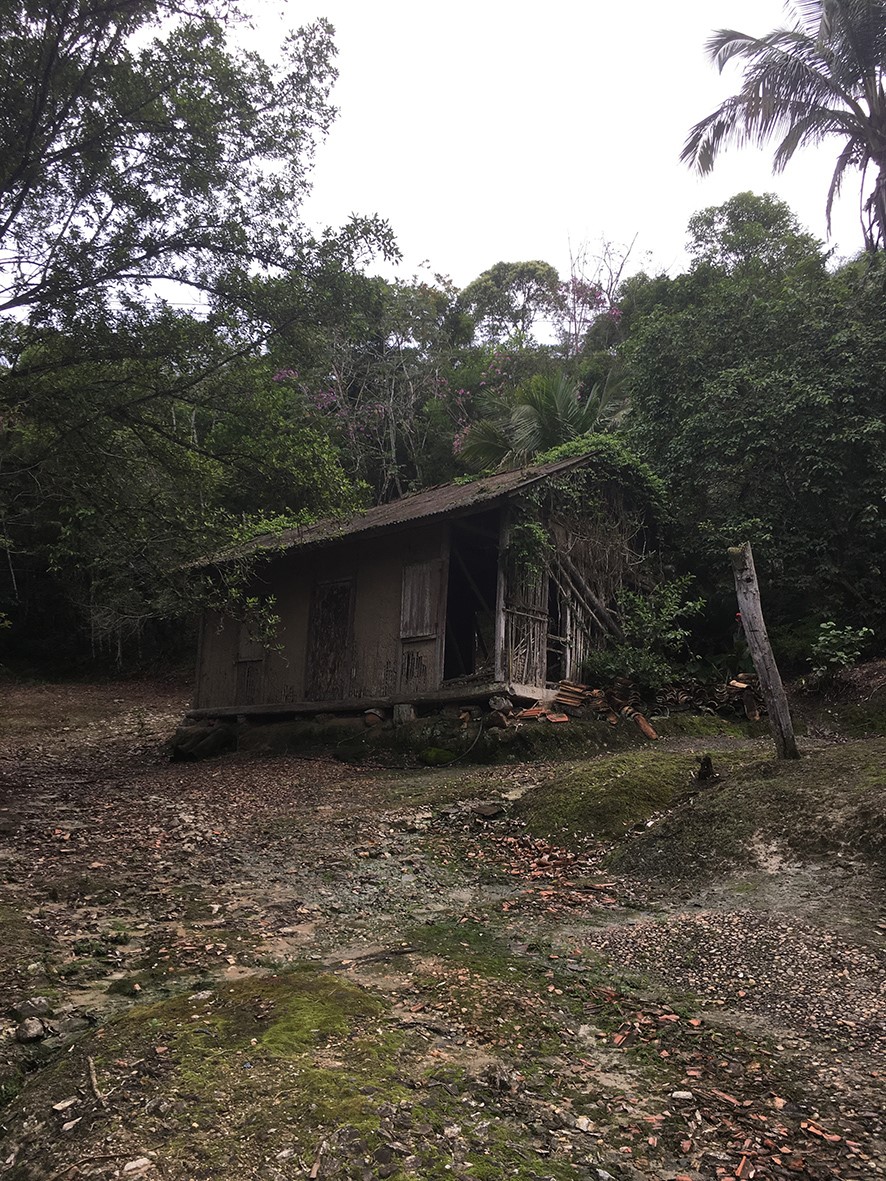 I took photos and movies and was moved by the fact that this Japanese house is still existent. 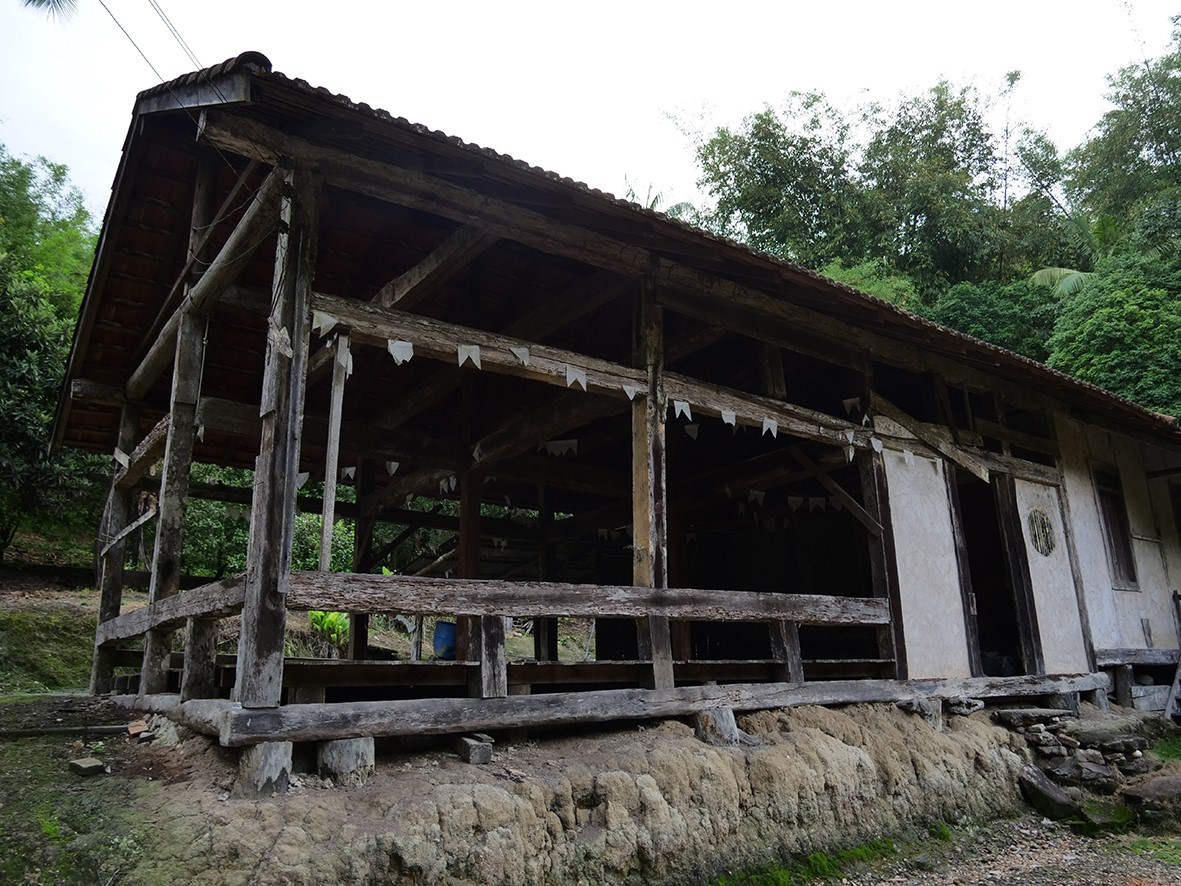 I heard a very interesting episode while asking various histories about architecture. Those who came from Japan at that time had knowledge of the construction method of the building, but they had no knowledge about Brazilian timber at all. People liberated from the slavery which abolished in 1888, lived the forest in this area long before the Japanese people came to here . The indigenous people were familiar with the characteristics of Brazilian trees and plants well, and they taught the people who came from Japan the characteristics and usage of the material. I was surprised that the culture was mixed at this point and Japanese – Brazilian houses which were a little different from Japanese houses in Japan were born.

I imagined about the lives of people at the time, but I think that the severity was unimaginable.
However, I could receive hundreds or thousands of times information than I researched on the books or the internet by not only visual information but also by the feeling the temperature, the humidity,and stepping over the muddy ground with many flying insects by visiting . It was just a little but I felt to contact with history directly.
I visited 8 Japanese houses in two days. I would like to show you some photos. 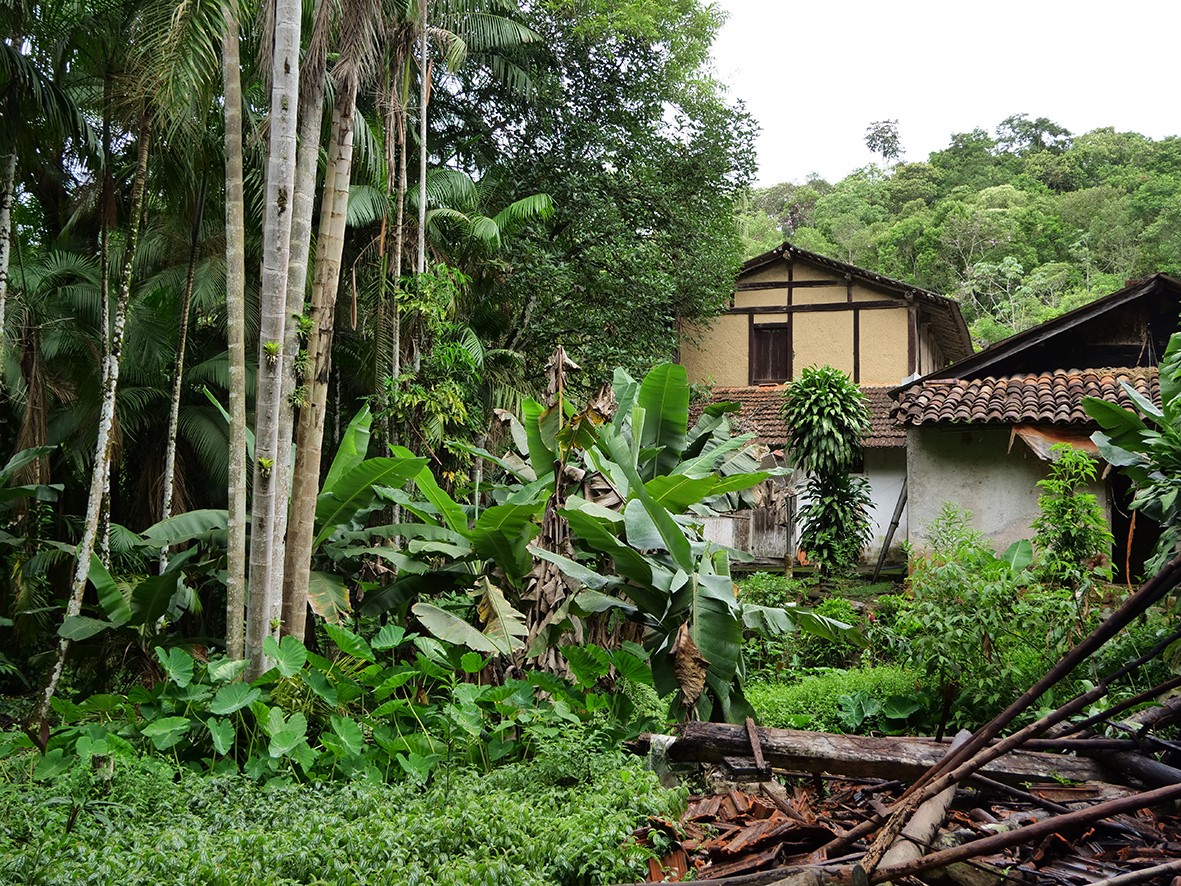 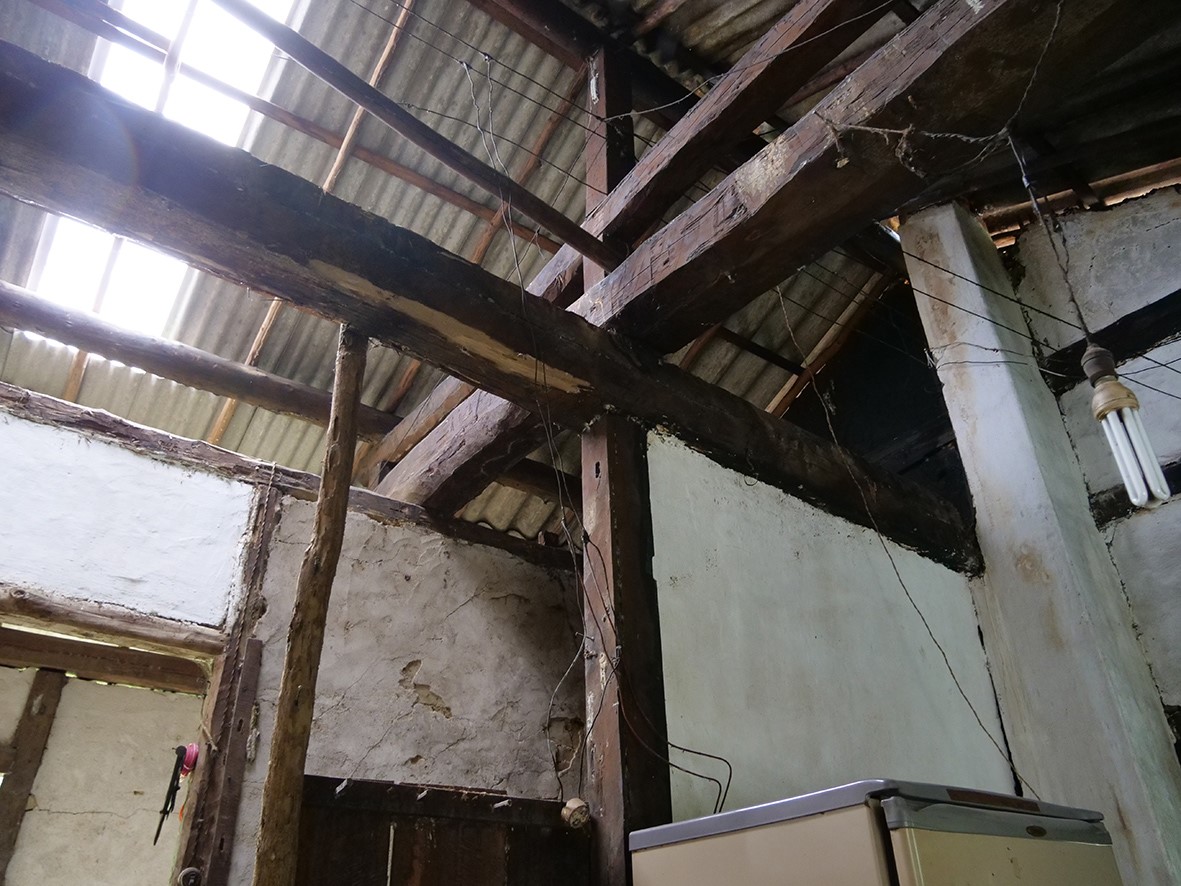 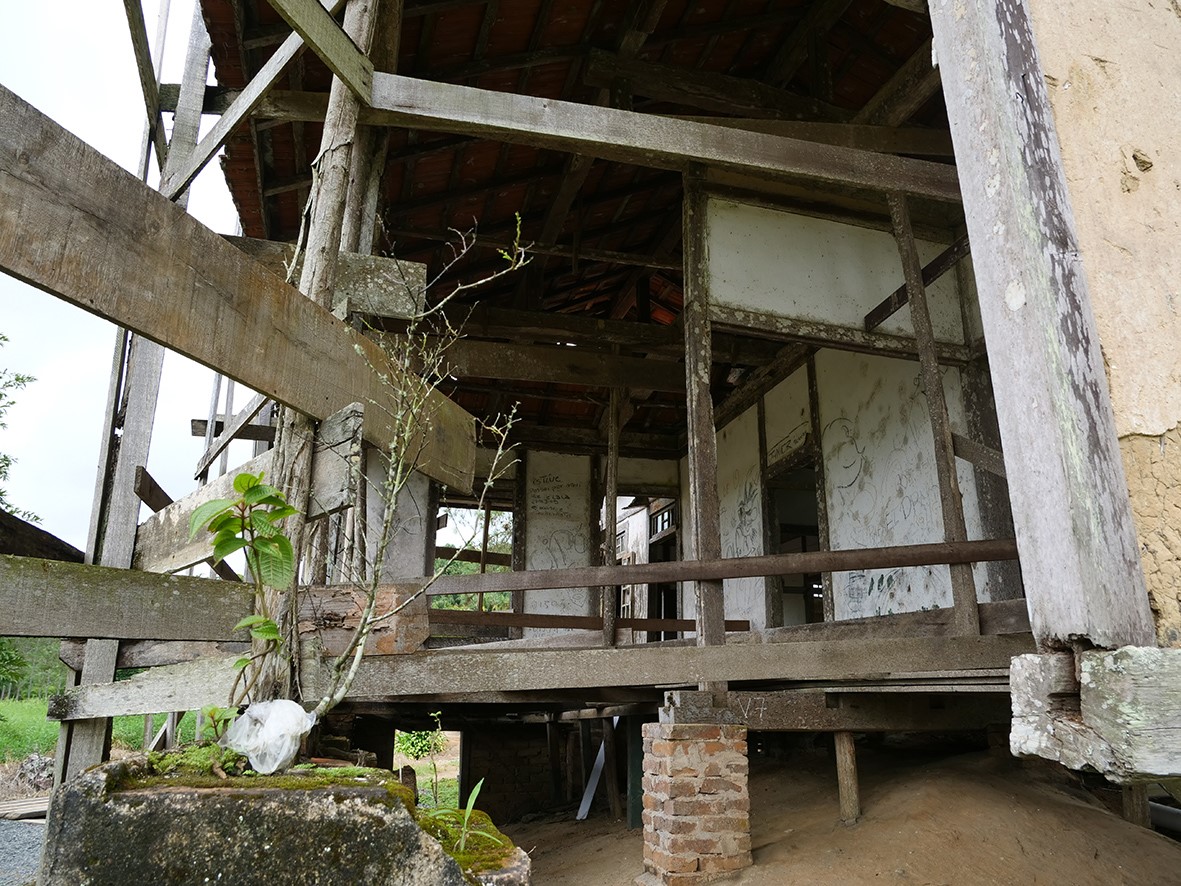 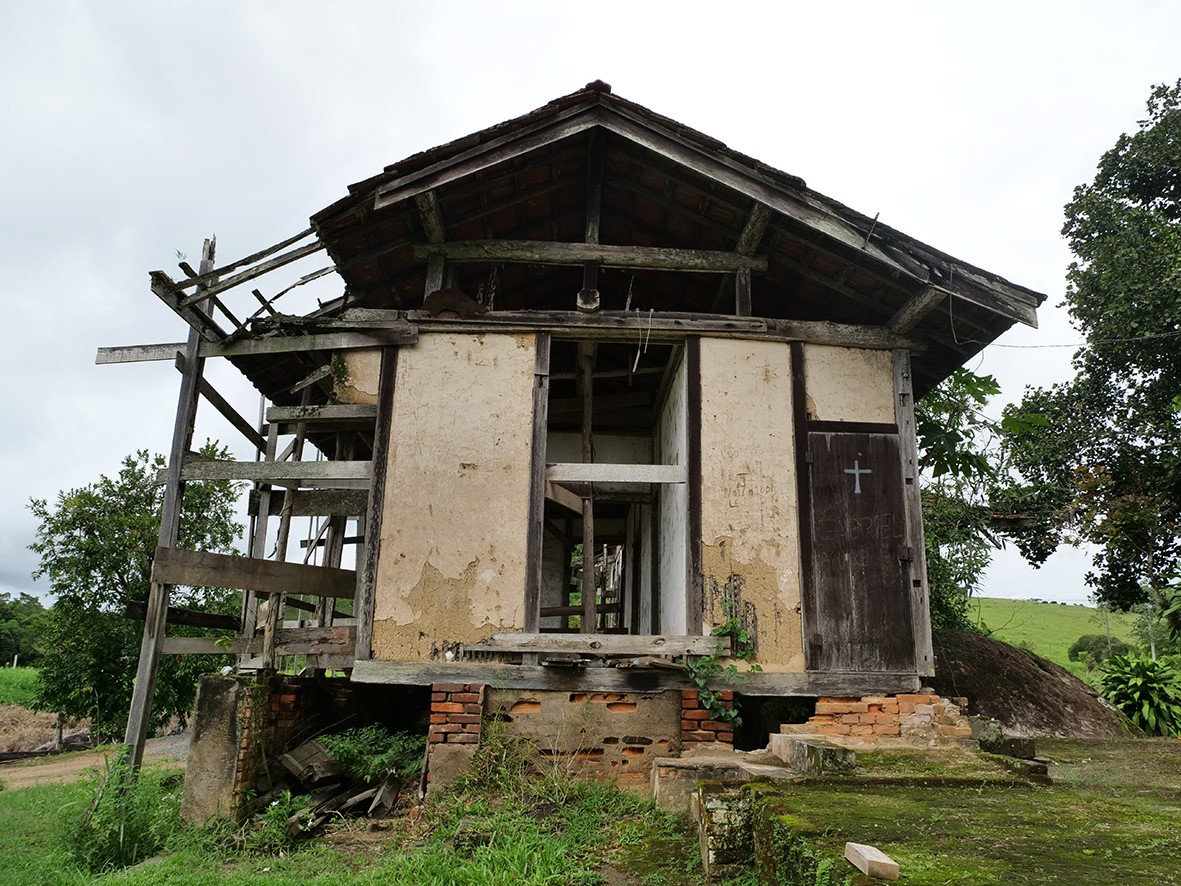 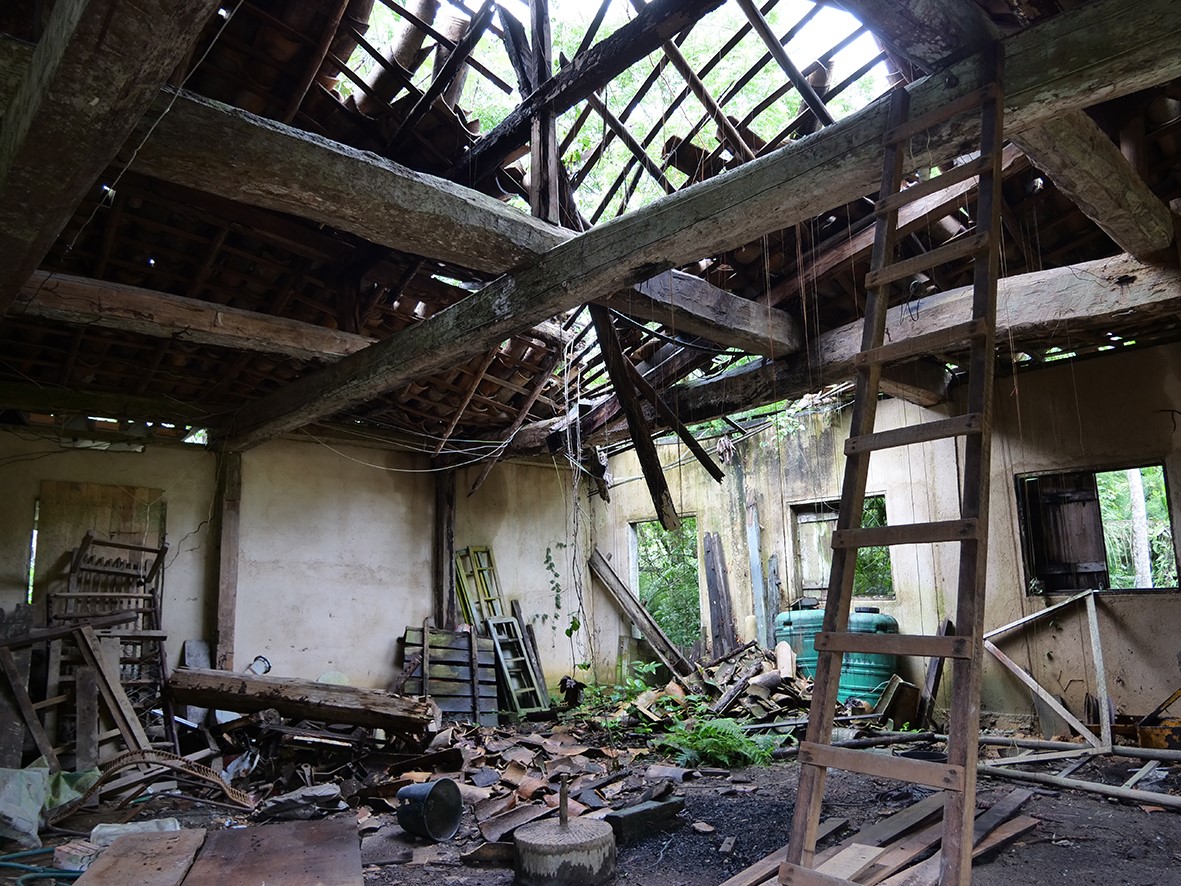 Mr. Fukuzawa and Mr. Hijioka who guided me are trying to conserve these Japanese houses, and they said that there are many problems of materials, technical aspects, management and so on. I think that I will produce the next project with the theme of Registro and Japan includes the difficulty of preservation.
I produced the work “The House” which the reversed image of the house reflected on the water in ACAC two years ago. The reflected image is similar to that Japanese house in Brazil which are located in a literally reversed position. My new work will be based on the relationship between the two houses. I strongly thought about that and left Registo. 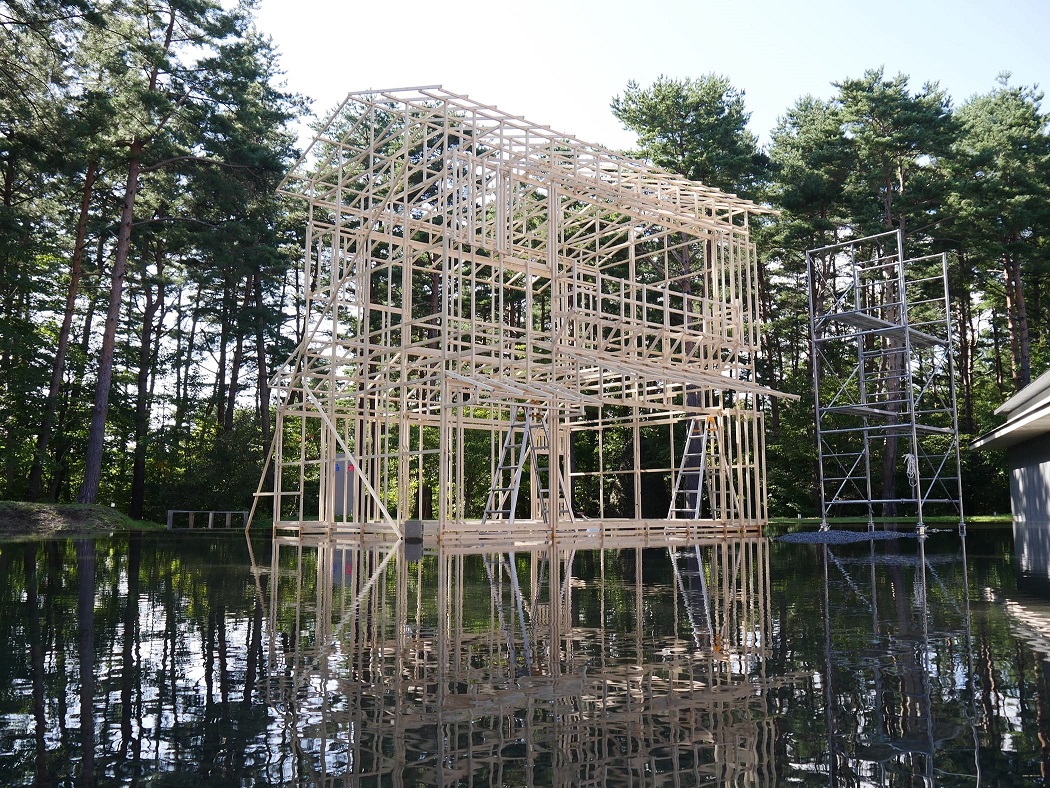 Thank you for your reading.

Thank you very much to Sandra and Albano who preside over Atelier Fidalga, Renata and Reca who researched with me, Artists in Sao Paulo, everyone at Registo and Mojidas Cruzes, staffs of Museum of Japanese Immigration and staffs of ACAC who sent me to this research.

I am looking forward to the day I could show the new work as this research fruits.