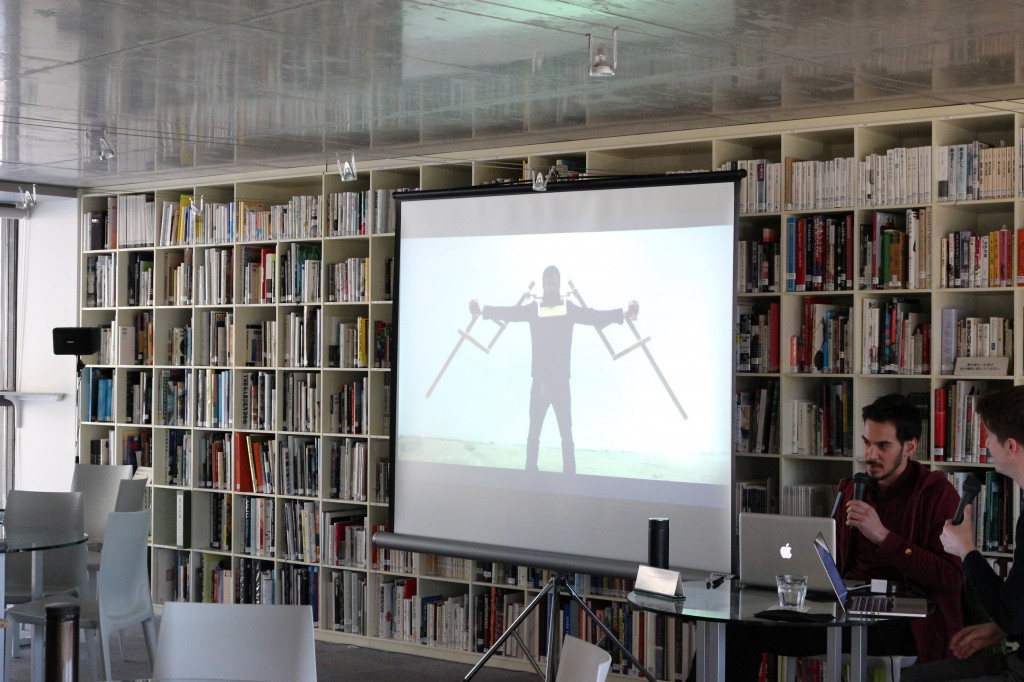 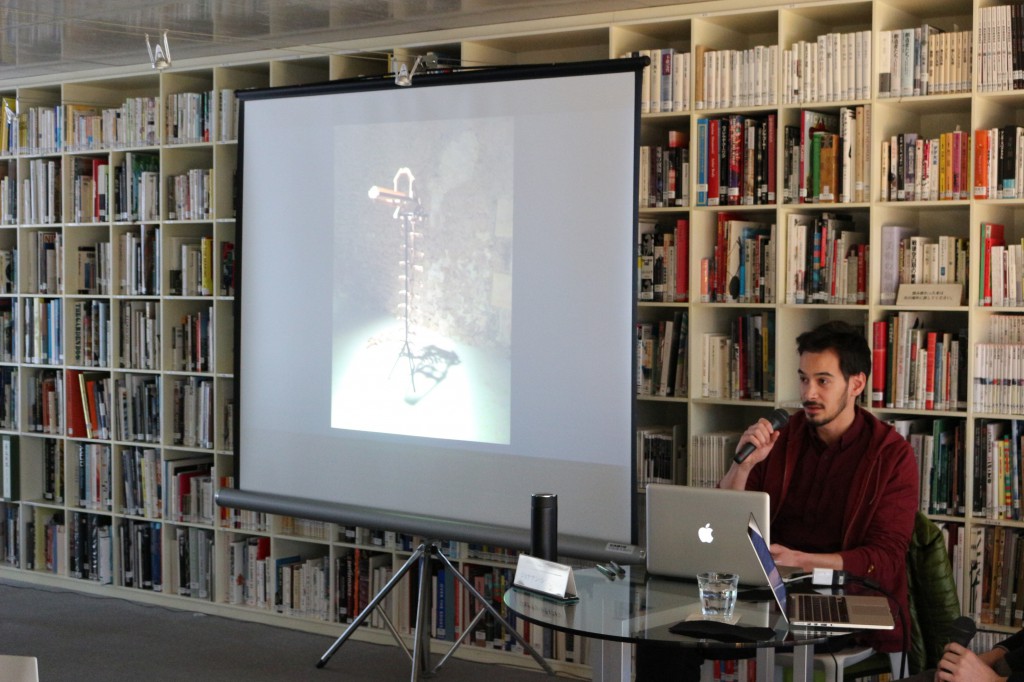 Sitthiphonh continues to make the sculpture which is wearable or have power and move such as machine.His interest is mainly on the mechanism of movement and the interaction between the user and the device.
He starts working without the final form, it means his all works are “work in progress”.
If he stops working for the exhibition, he continues working after finishing the exhibition, or make the new one which take over the concept and themechanism.
He starts from the interest of the mechanism, then add the parts to improve the mechanism, finally it become like robbots or the ships or planes.
But the sculptures don’t move so smoothly or restrict human’s move if he make the mechanism improve. This is the feature of his work and his thought.

You can not fly by his wing shaped sculpture, or you can not go on the rever by his ship shape sculpture even if they have precise mechanism.
And it makes people to imagine they can do something or something happens.
He thinks to make people to imagine and to stand on the boader of possible/impossible is his work as an artist (not as an scientist).

You can watch the progress of his works on the internet.