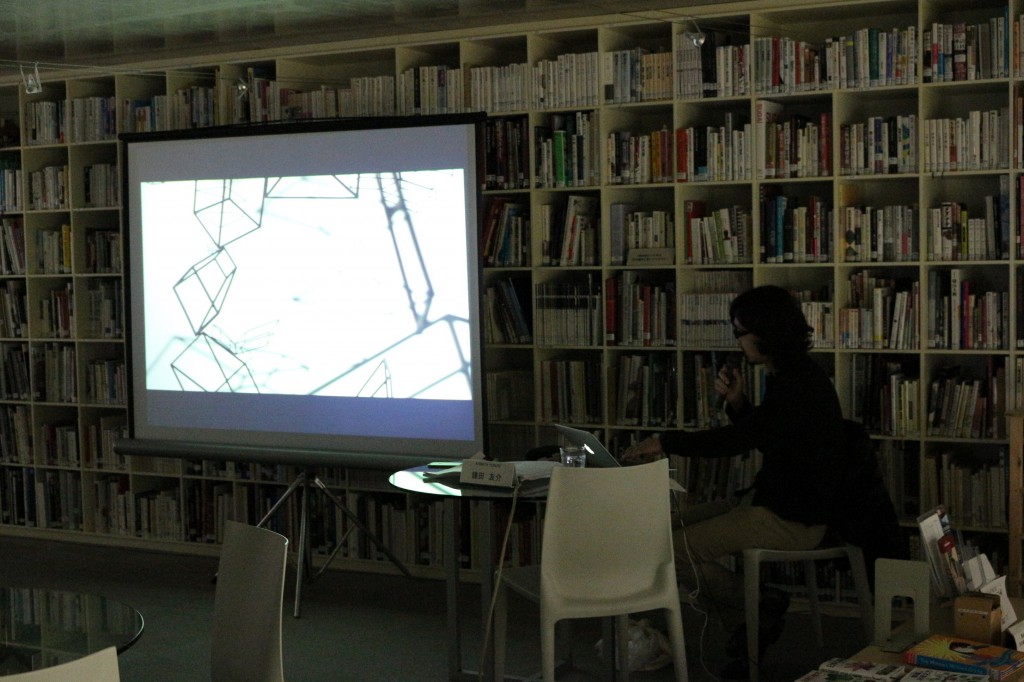 Kamata’s art work which is exhibited in ACAC is based on the research of the basic two-story structure of a nihon kaoku: the quintessential wooden Japanese house.
The house has not so big characteristic and we could see them anywhere in Japan (but not in Tohoku) as the old basic house, also these were built in Taiwan or Korea while were colonized by Japan, or in America for the incendiary bombs test in World War Ⅱ.

In this Lecture, He presented about this research.
The research started from his personal experience at Niigata prefecture where he was born.
And Niigata is the place where the first Japanese oil company established.
There are the relation between Japanese oil company and American oil company, Antonin RAYMOND and both company, and Raymond and the oil company and the incendiary bombs test.
In addition, He talked about How Japan tried to build the context between Japanese architecture and modernism architecture.
These his lecture showed what is modernism or context, also let the audience to think about the situation of art or politic in Japan and the world today.

Also, his thought is based on the doubt for the only one strong point of view or the way to build the context by the connecting the images, and he interested in to create the images by diverse layer and point of view.