The workshop is to imagine the story of Arikawa’s video work which is shown at the exhibition in ACAC.
One person appears do something in the video, and it has no narration. 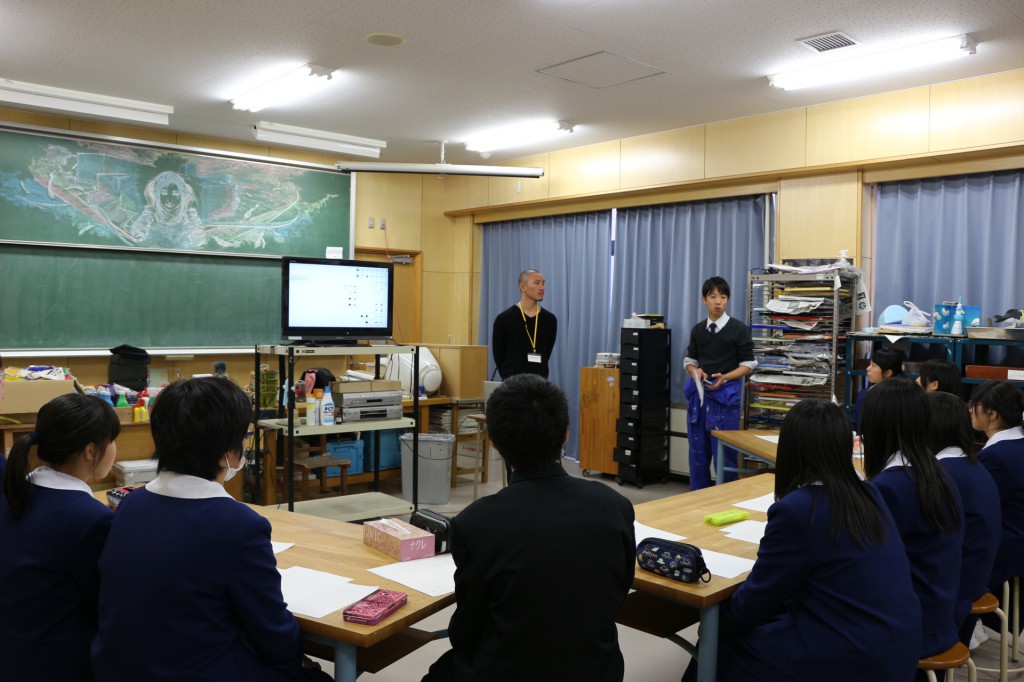 First, the students watch the video, and after that, Arikawa asked some questions such as “what did you think about this movie?”,”what the person do?”, but the students can not answe so clearly.
Then he changed the question “Does the person has the family?” and “What is the person’s name?”
And few students answered “The one may has the family because he wear the ring on his left third finger.”

Also gave the one the names. 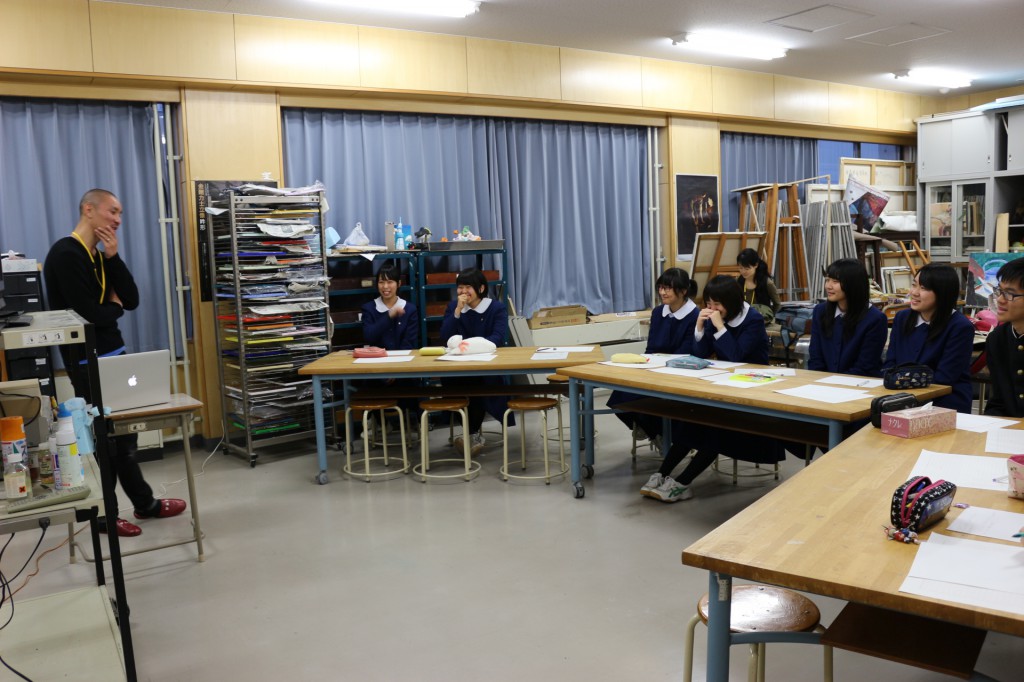 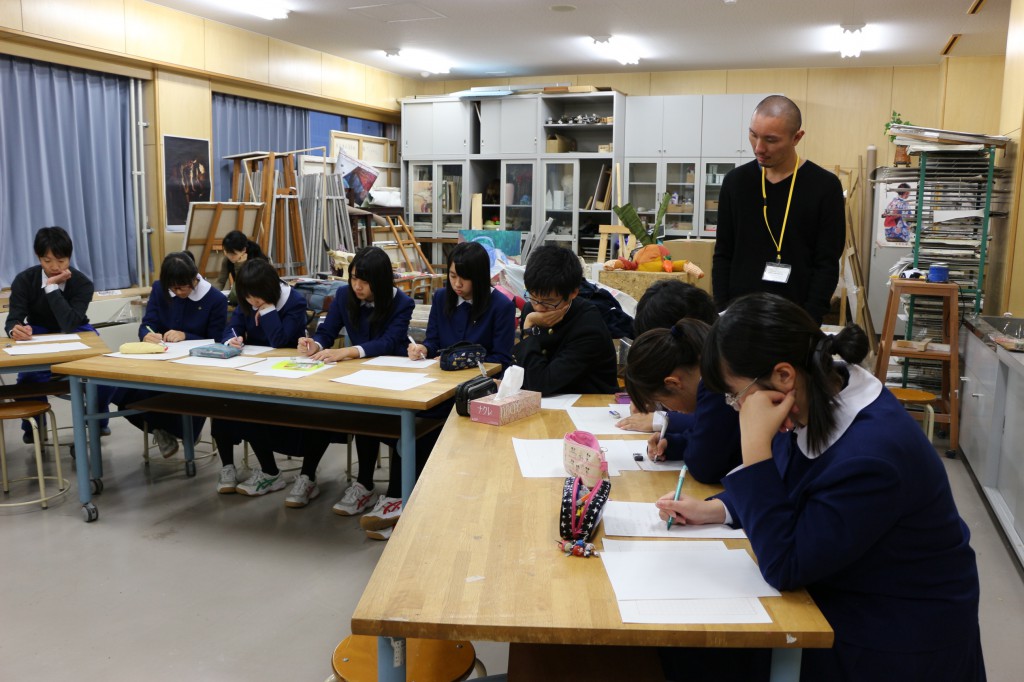 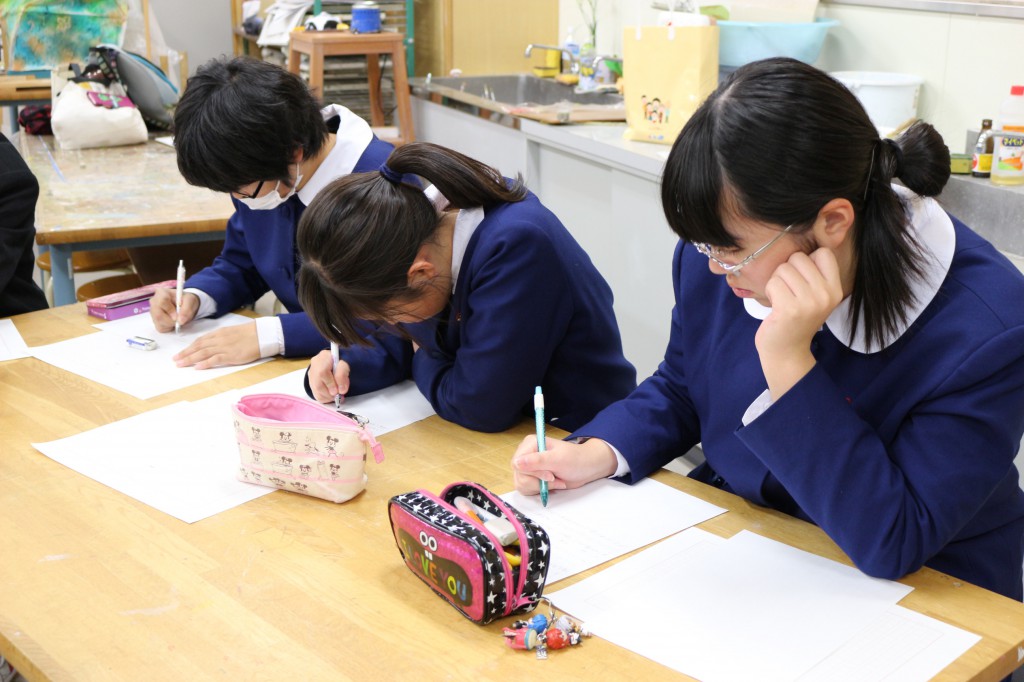 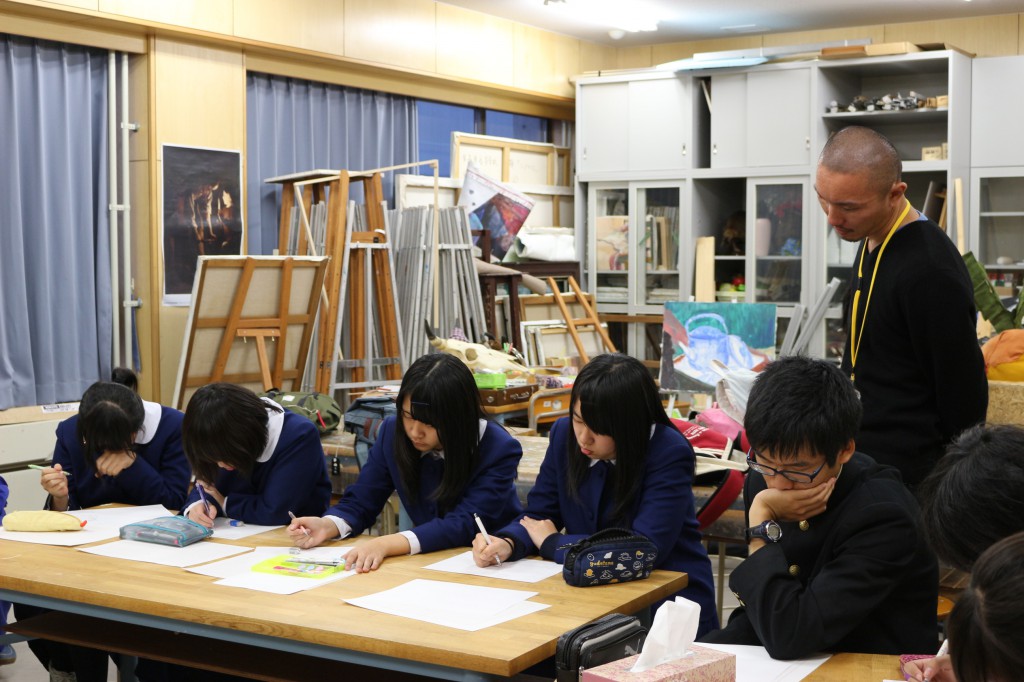 Then, shared the ideas.
One feature of their ideas is, almost all students said the wife had already die or divorced.
Also they seems to try to interpret the movie by the windmill, hill or the sound which was added at the second screening. 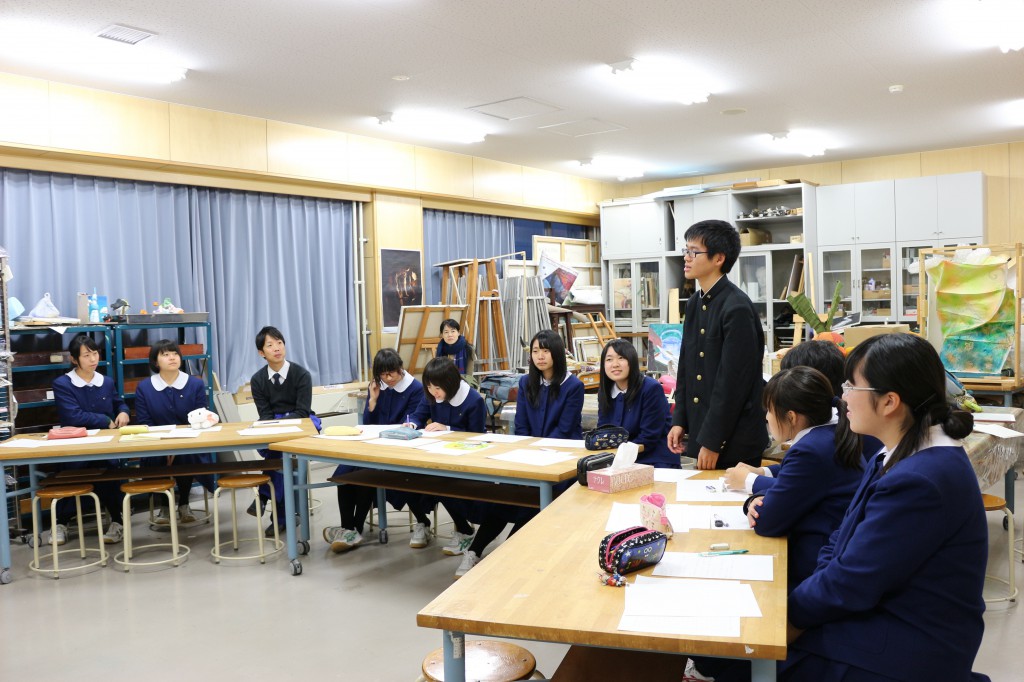 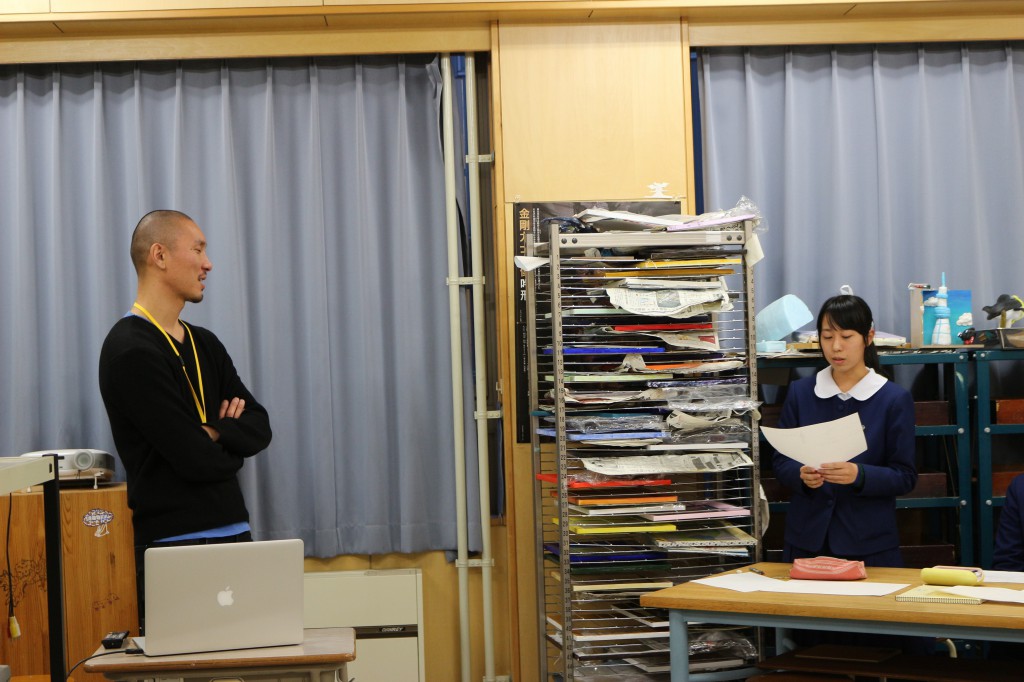 Ater the discussion, the 3rd screening, and write again.
Then showed 2 more times, and they started to write on the report paper. 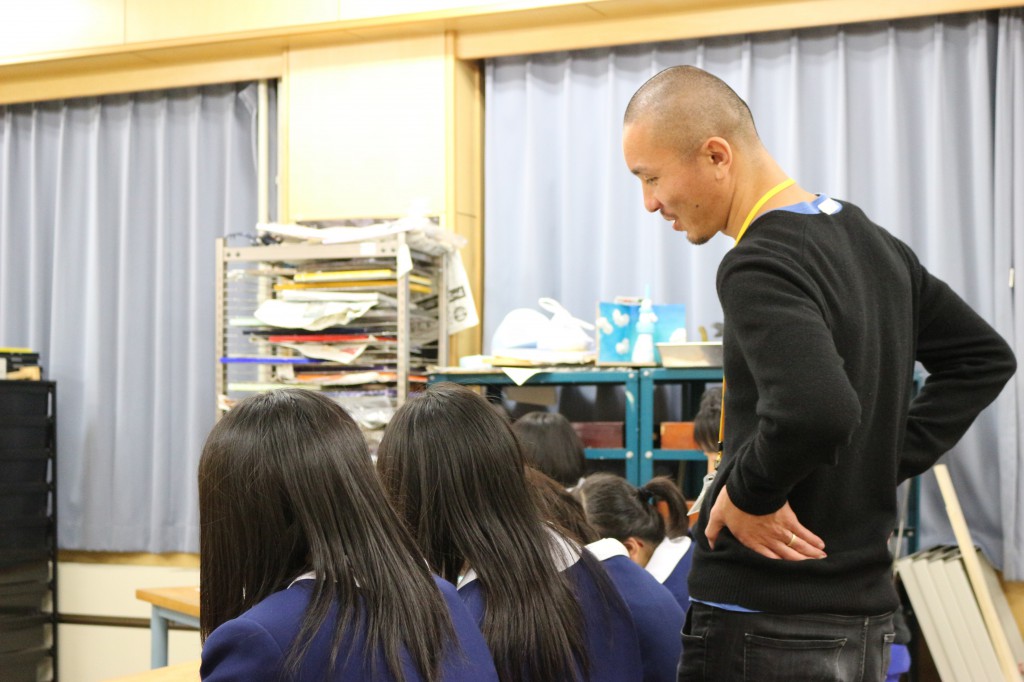 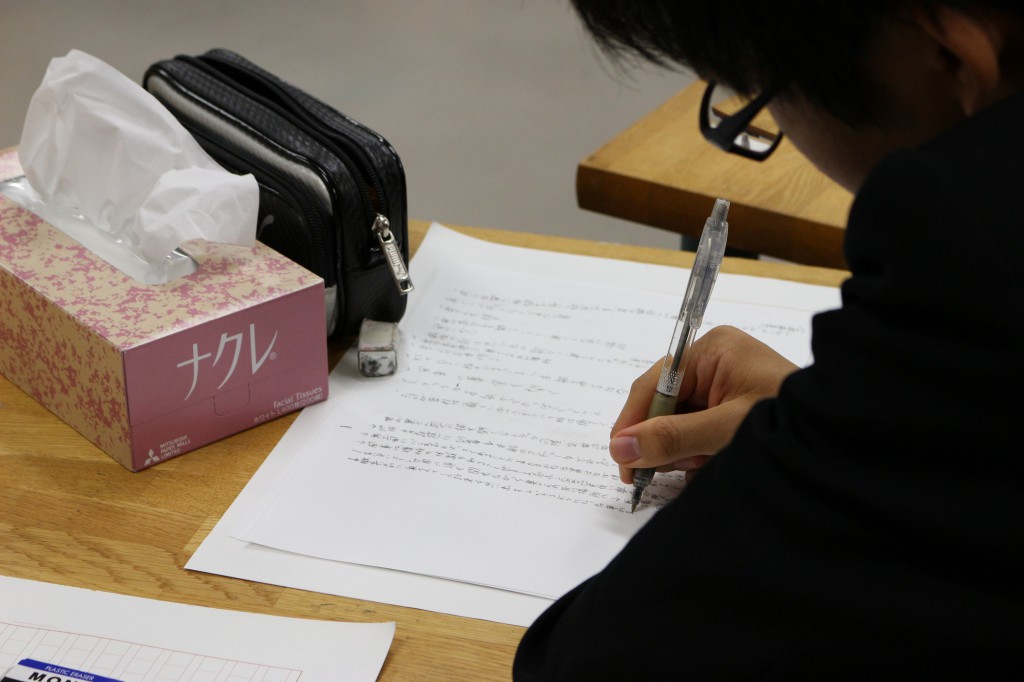 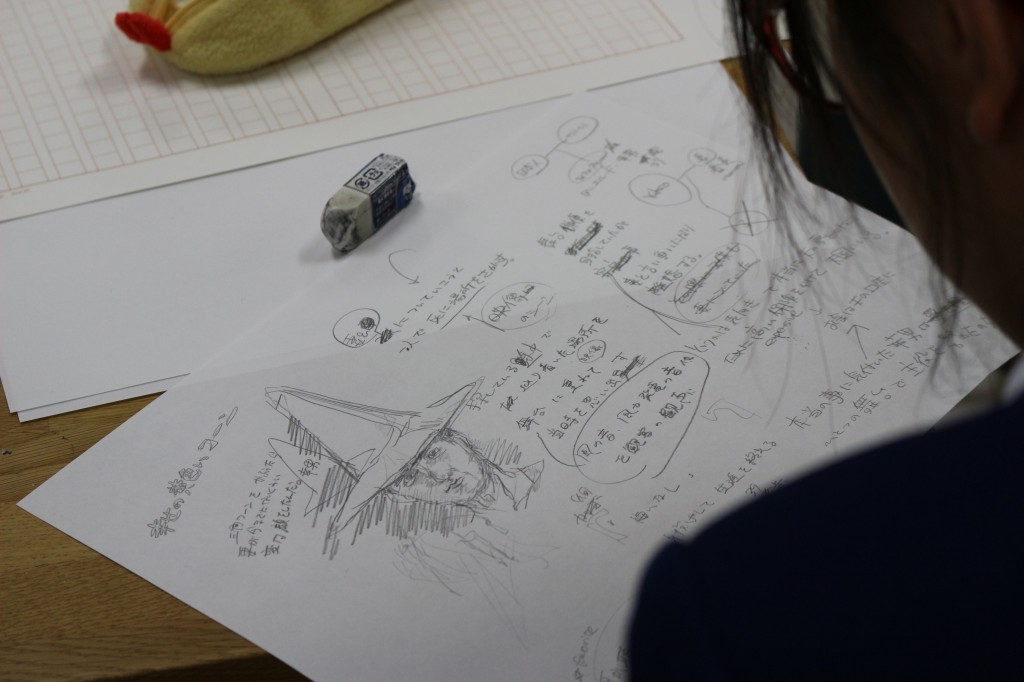 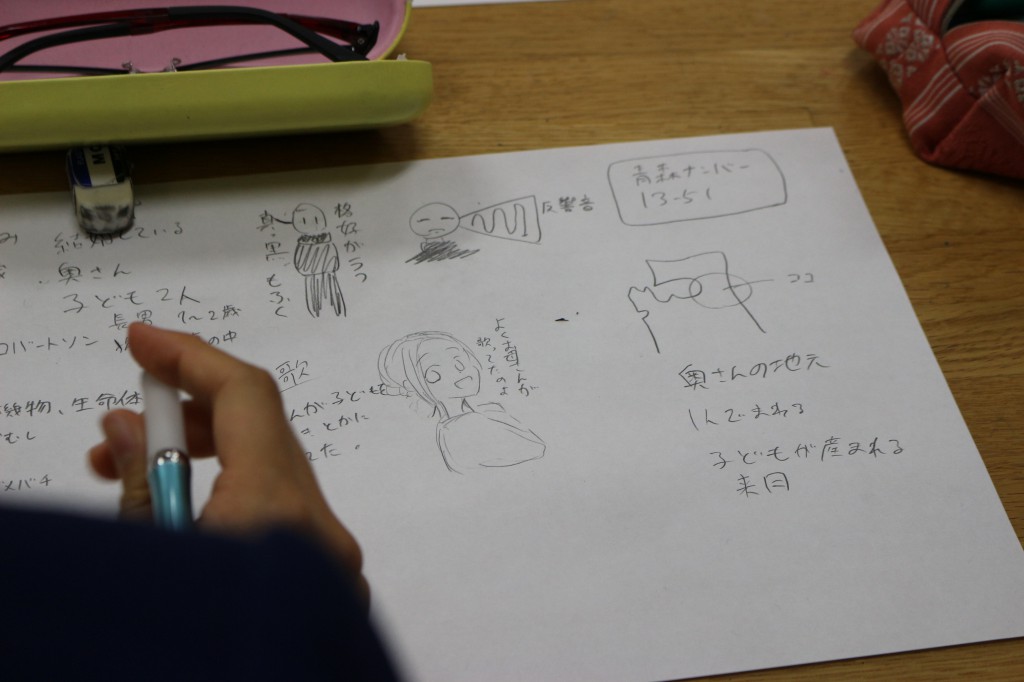 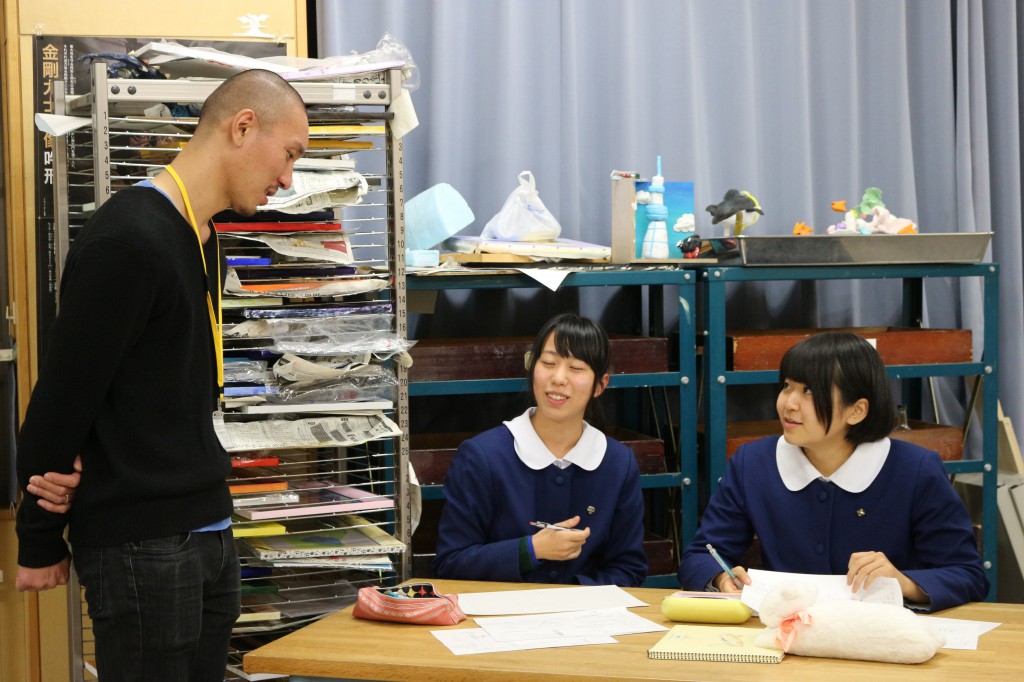 At last, everyone shared their story.
The almost all story was imitated like a novel, also the stories are narrated by the main caracter.
We think it is because the report paper and give the name to the main caracter affected the students. 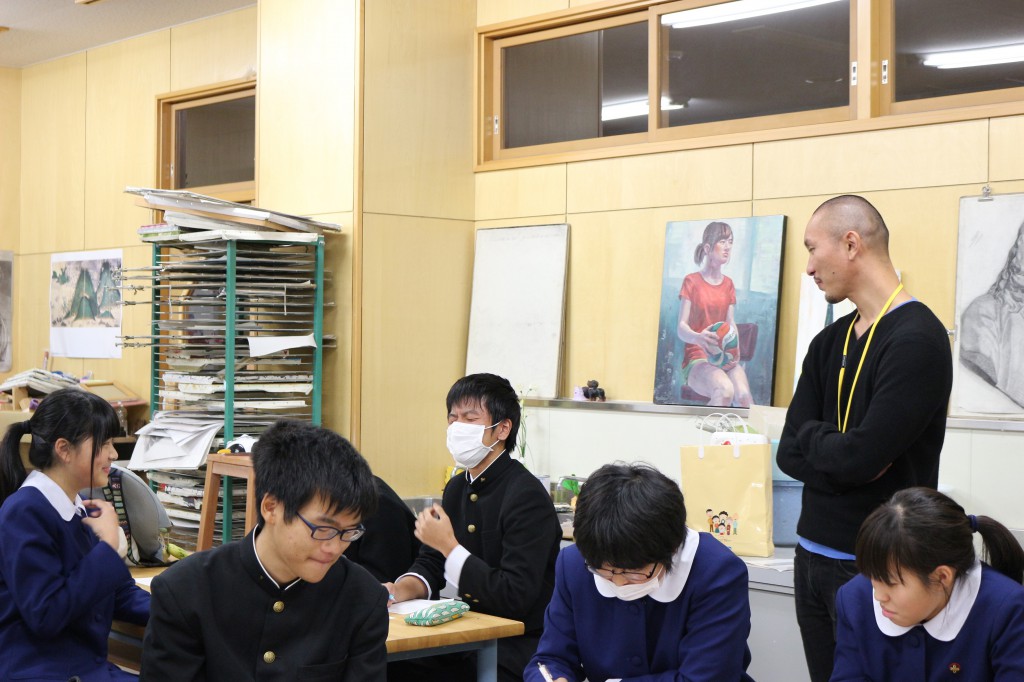 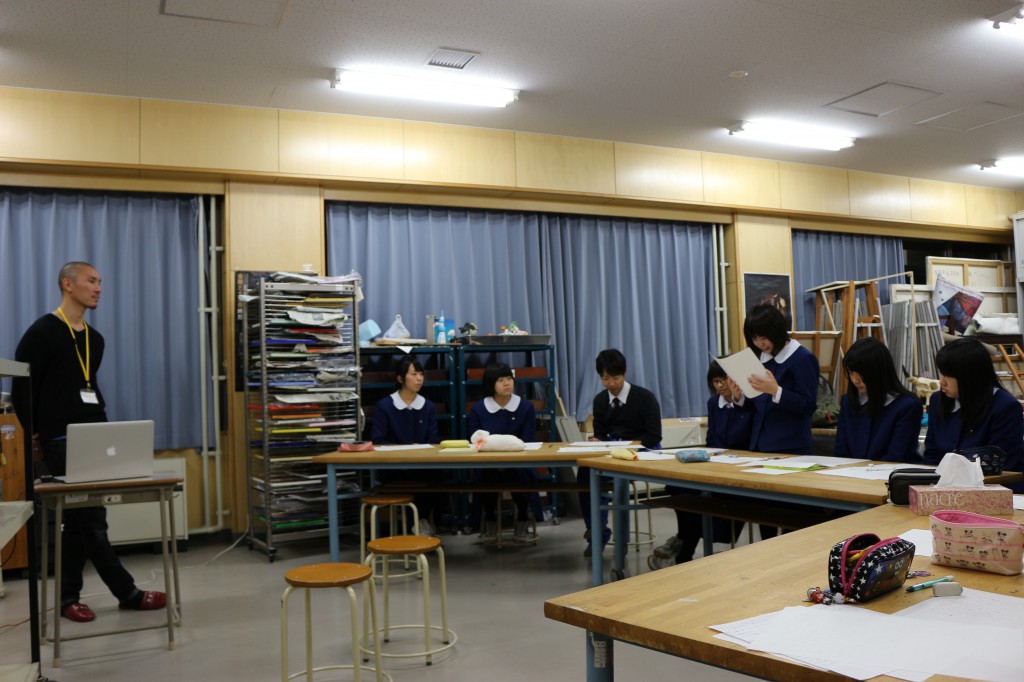 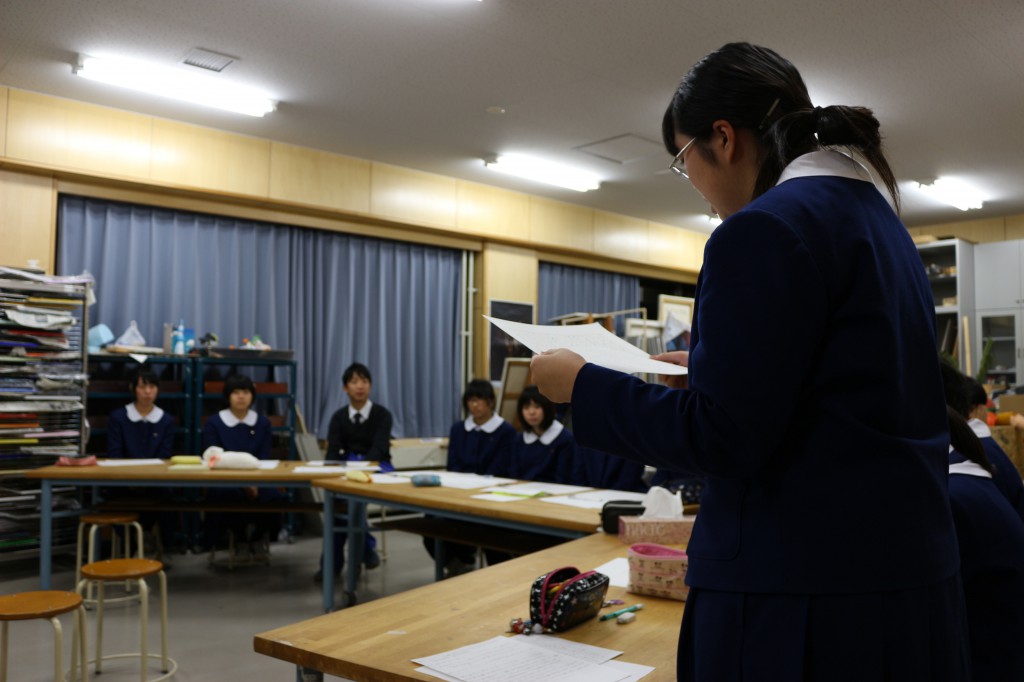