The participants listen the lecture about Hisakado’s previous art work in the morning, then they tried to make the sounds from the thing which Hisakado took from somewhere in ACAC in the afternoon.

First, they separated 2 groups and guess what is the sounds made from. 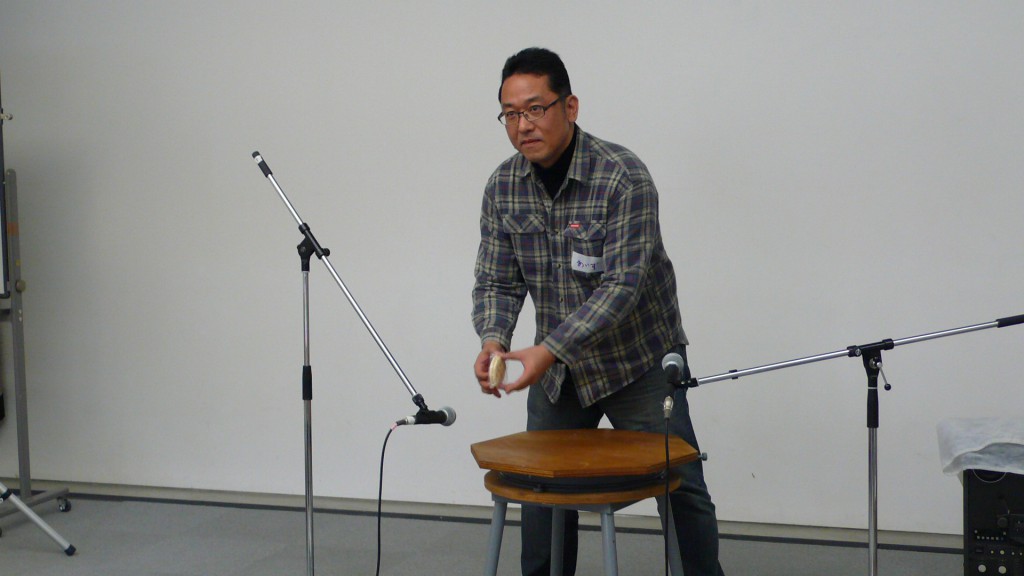 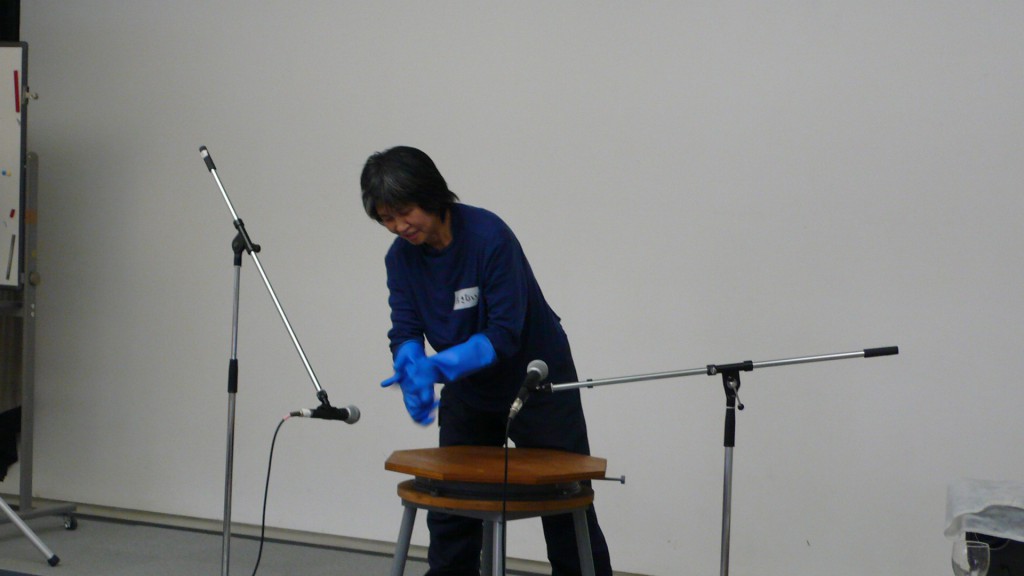 then, they explain about what they do yesterday by the sounds.

He is explaining that he came to ACAC by bicycle. 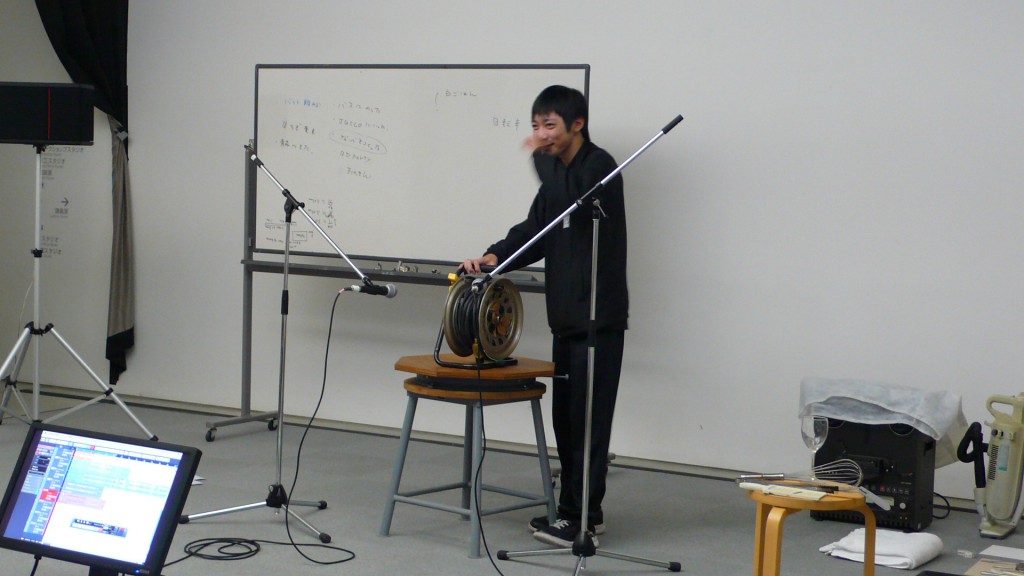 Also, they had the conversation by the sounds.

They are talking about the memory of the summer when they were high school students. 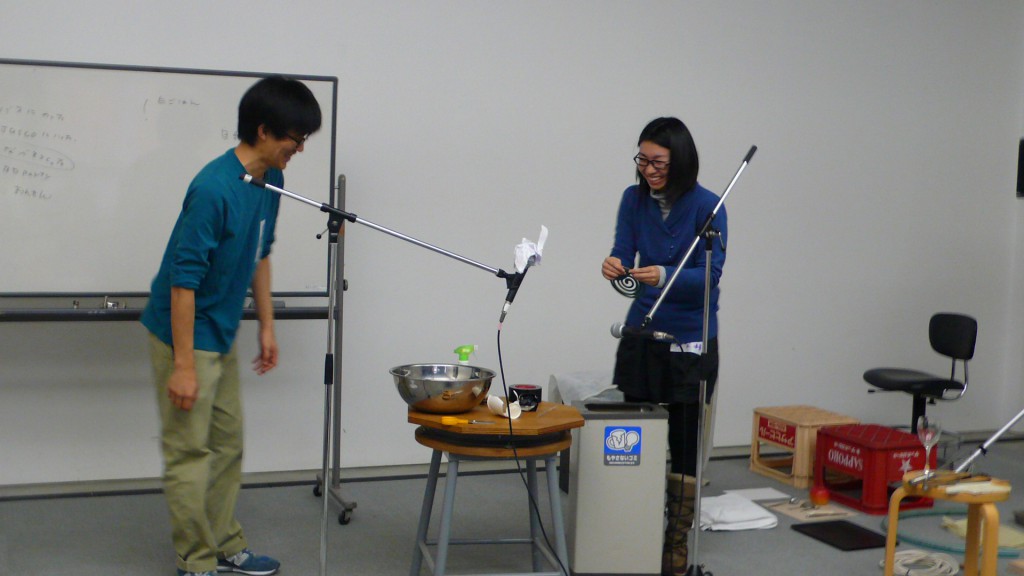 They are talking what they thought about the workshop today. 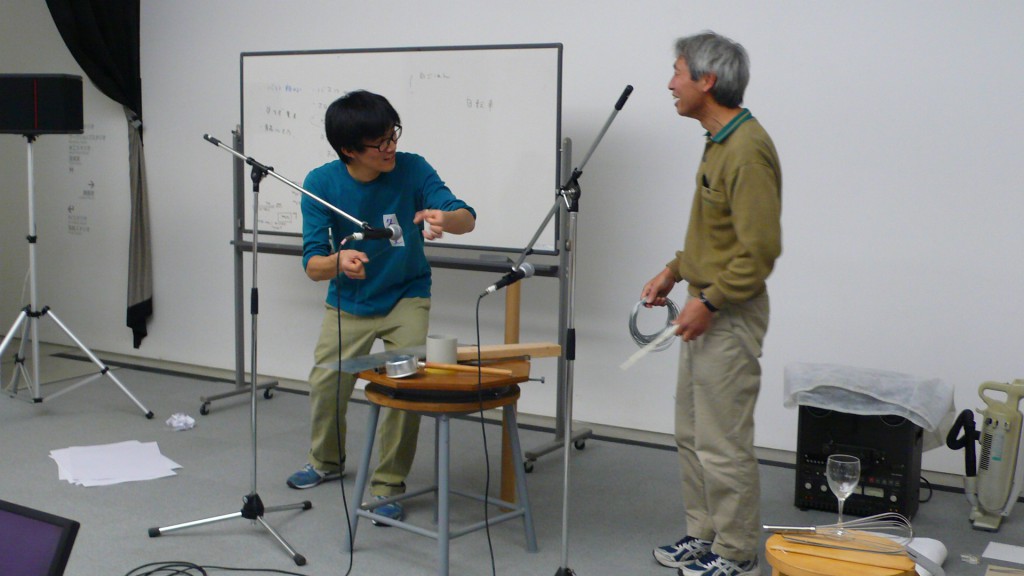 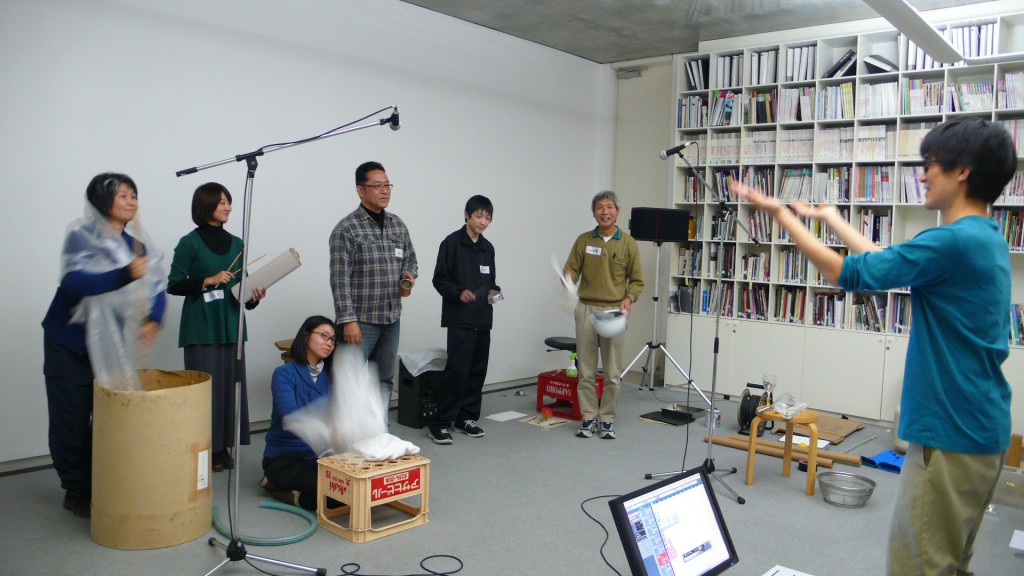 The participants experienced not only making sounds but also changing the way of  listening. Their listening became getting sensitive through the workshop.