On December 8th, Mori’s workshop was held.
Participants usually draw pictures with pen or colored pencils. It was a challenge to draw with thread and glue gun this day. At first, we saw how he made his drawing. When he decides the point to paste the thread, he puts glue a little bit and hold it with his finger before it solidifies. Without making draft, cut between points and
halfway through, and repeat putting threads. He doesn’t know himself what kind of shape appear freely and enjoy the change that comes out form. 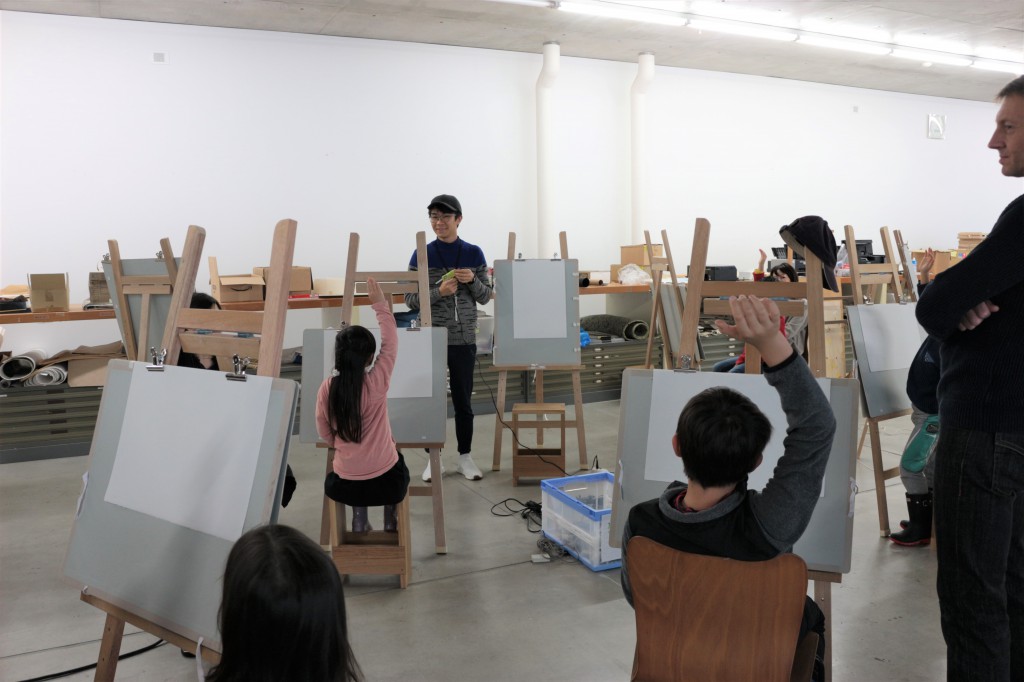 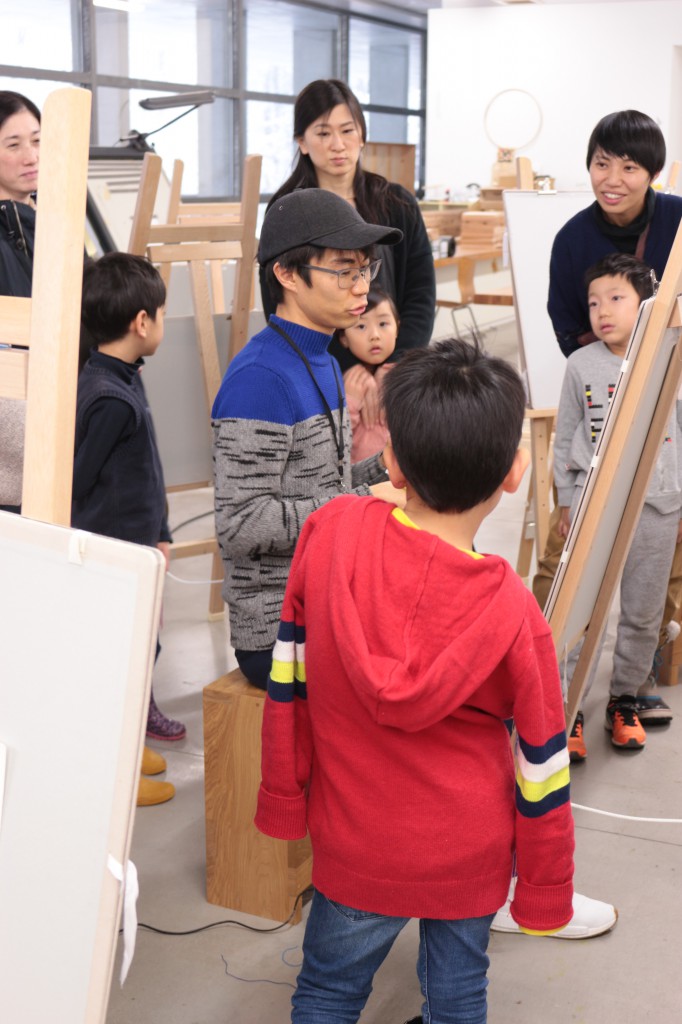 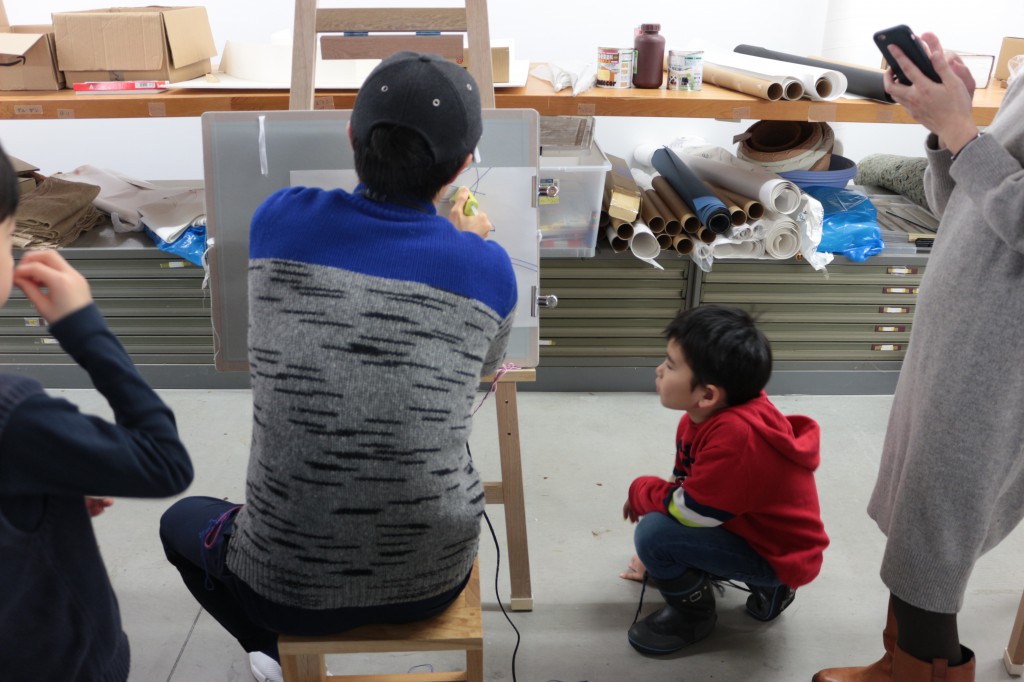 Participants also start choosing the thread of their favorite color and draw with glue guns. 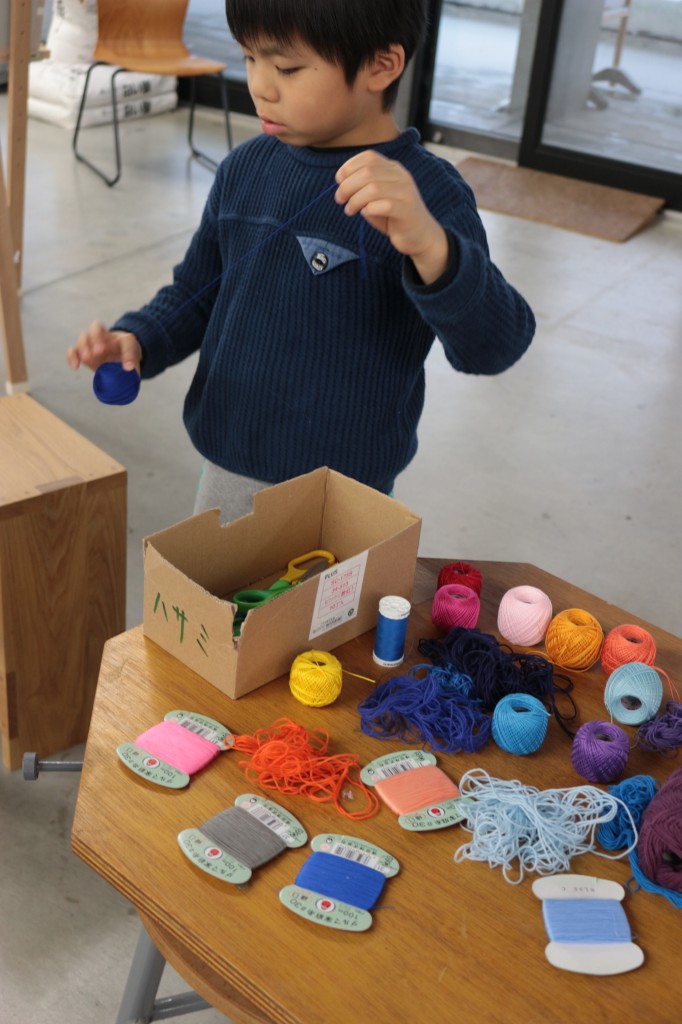 Forms like characters emerged from free lines, try to draw lines with glued glue instead of thread, and various ideas came out. They can also discover new shapes by inverting paper upside down during they draw.
Once completed, they decided the title, wrote the date and signature, and set the works in a raw to see all together.
Mori was surprised at seeing unique works that each feature appeared. The line drawn with thread show various shapes. They imagined what kind of shapes we could see, what they look like and talk with each other. 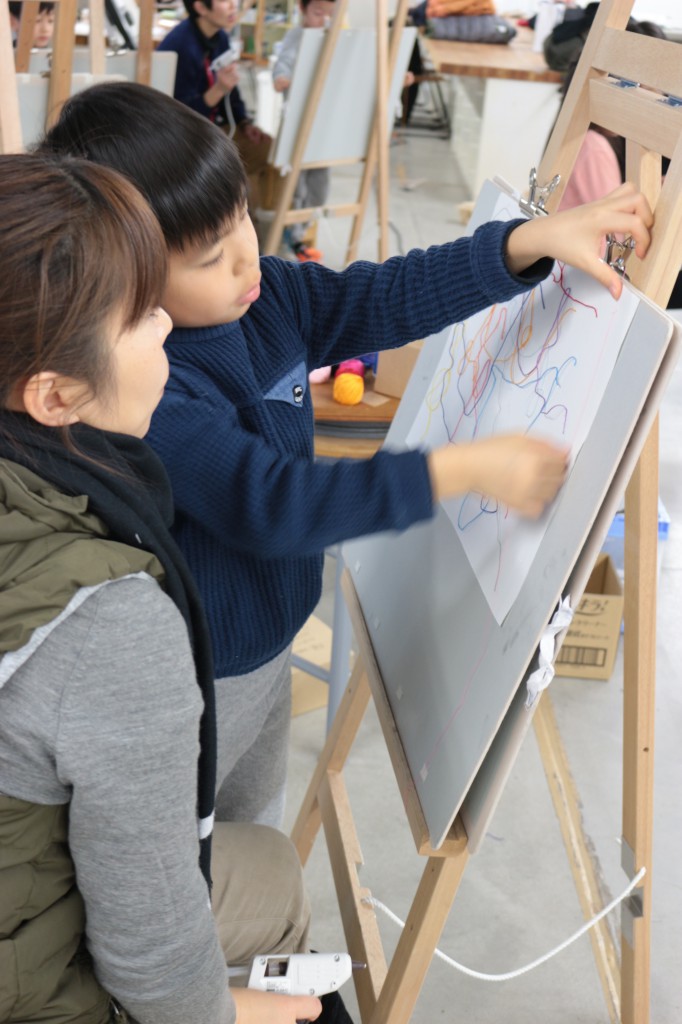 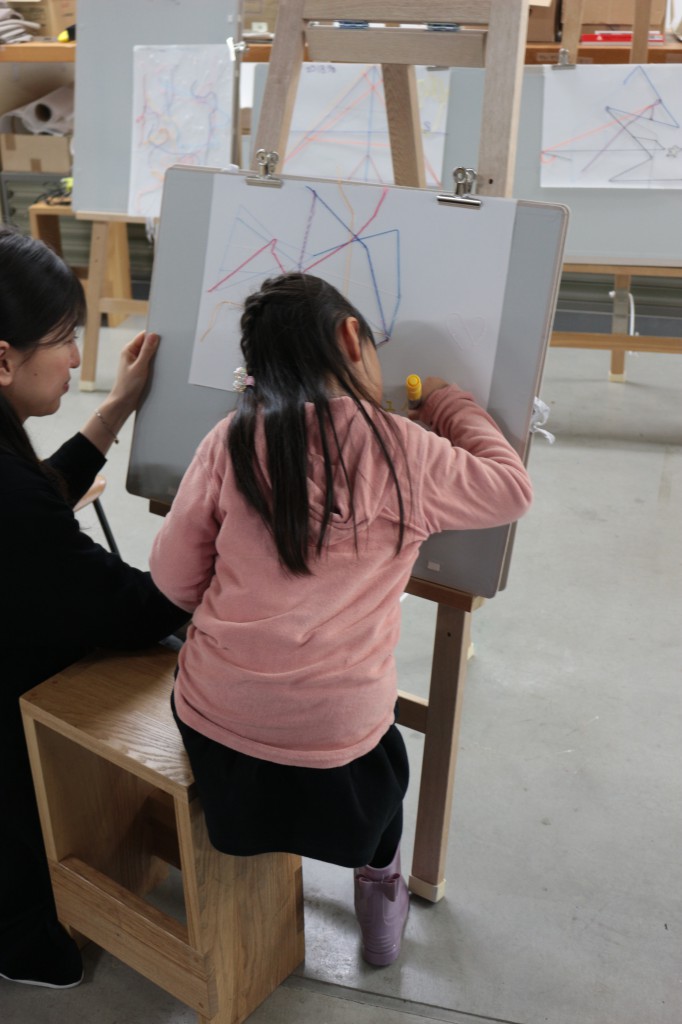 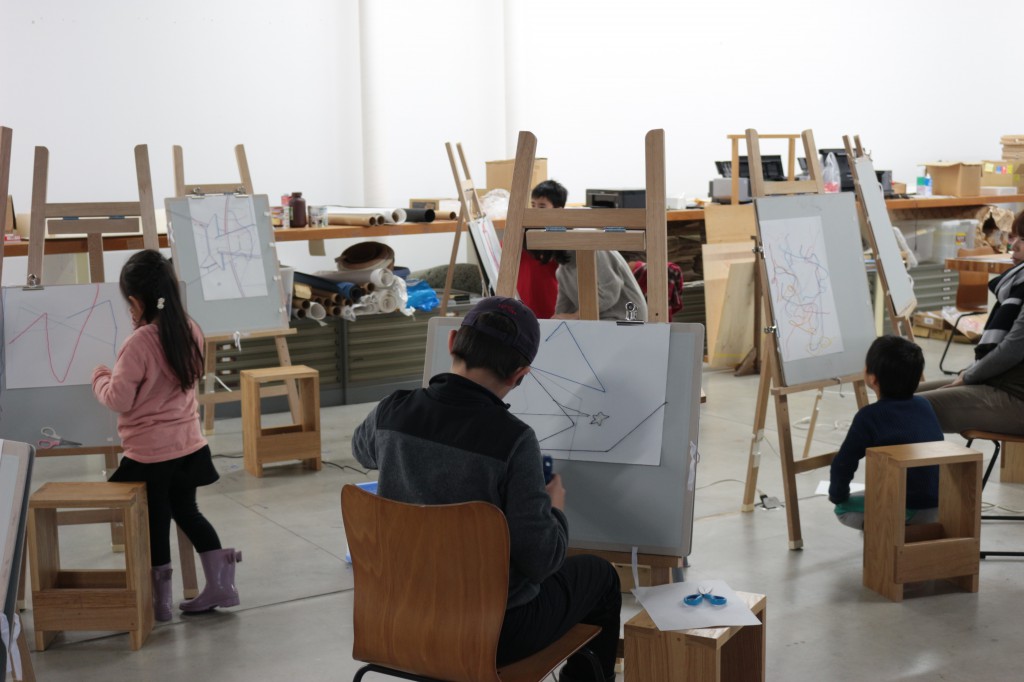 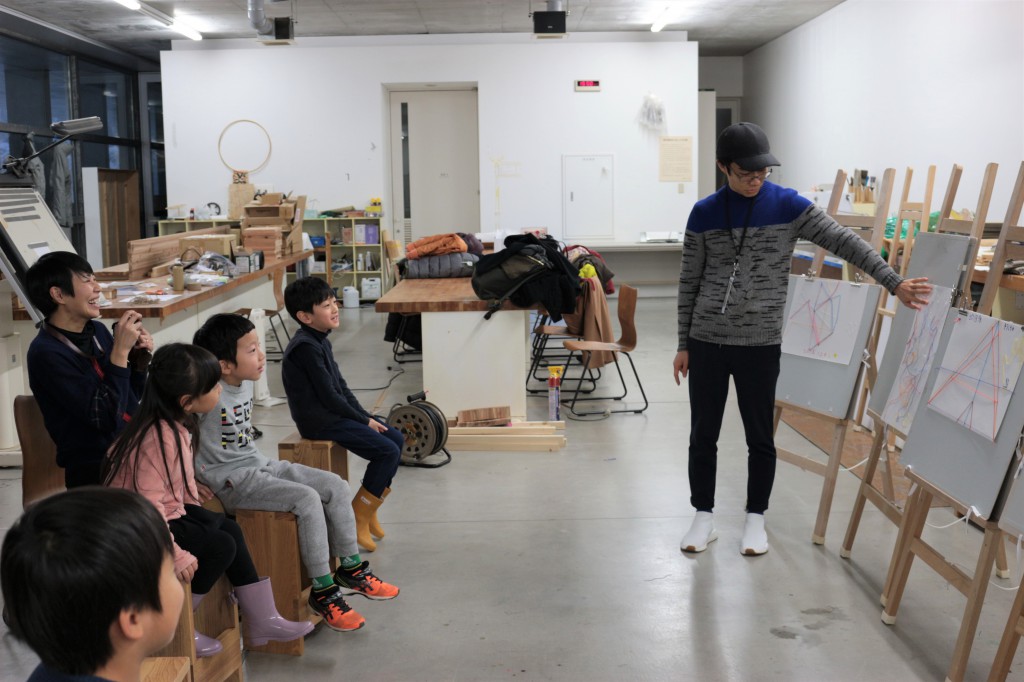 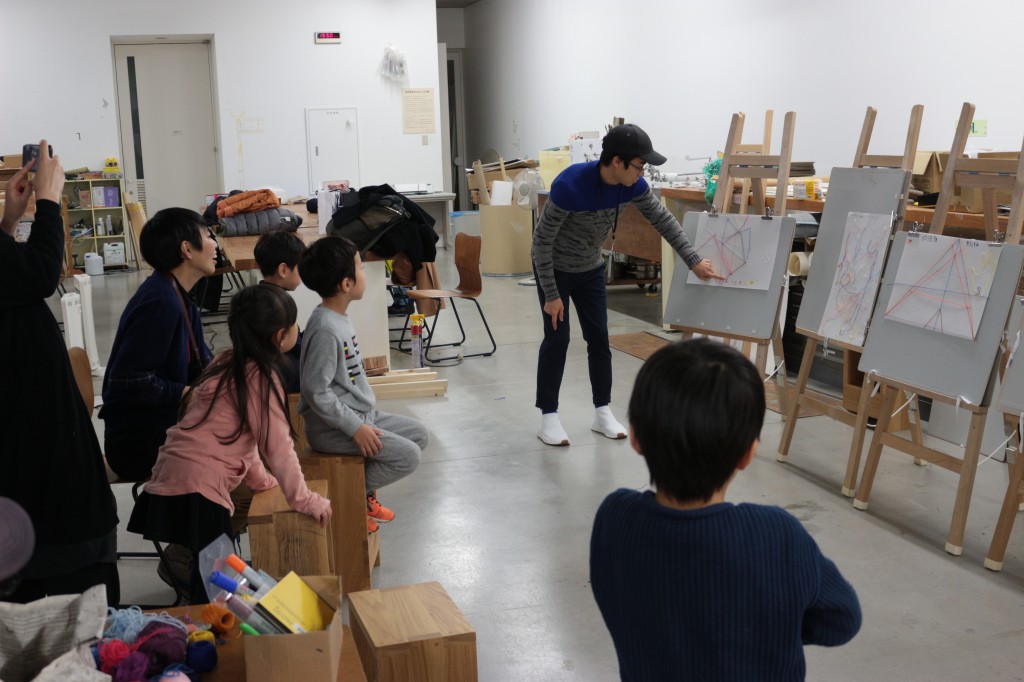 At last, they went to the studio where he works while his stay. They saw big works he was working on, and enjoyed talking with him. 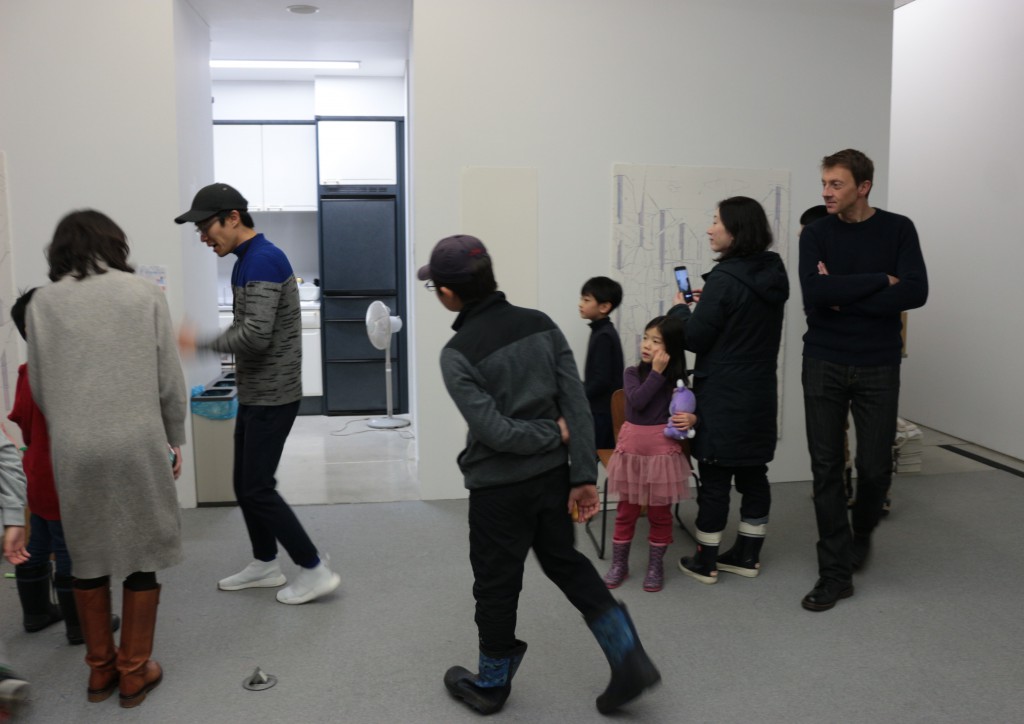