On November 17th, a talk event was held by Jolene MOK entitled “Mobility minding: Find a place you trust, and then, try trusting it for a while”.
It is the talk series of autumn artist in residence exhibition.
Jolene uses digital video or film to shoot small movements and changes in nature and make video works. In this program, she exhibits photographs and video installation inspired by forest in ACAC during the stay, also a video work made by shooting artisans and artists’ workplaces in Aomori prefecture. 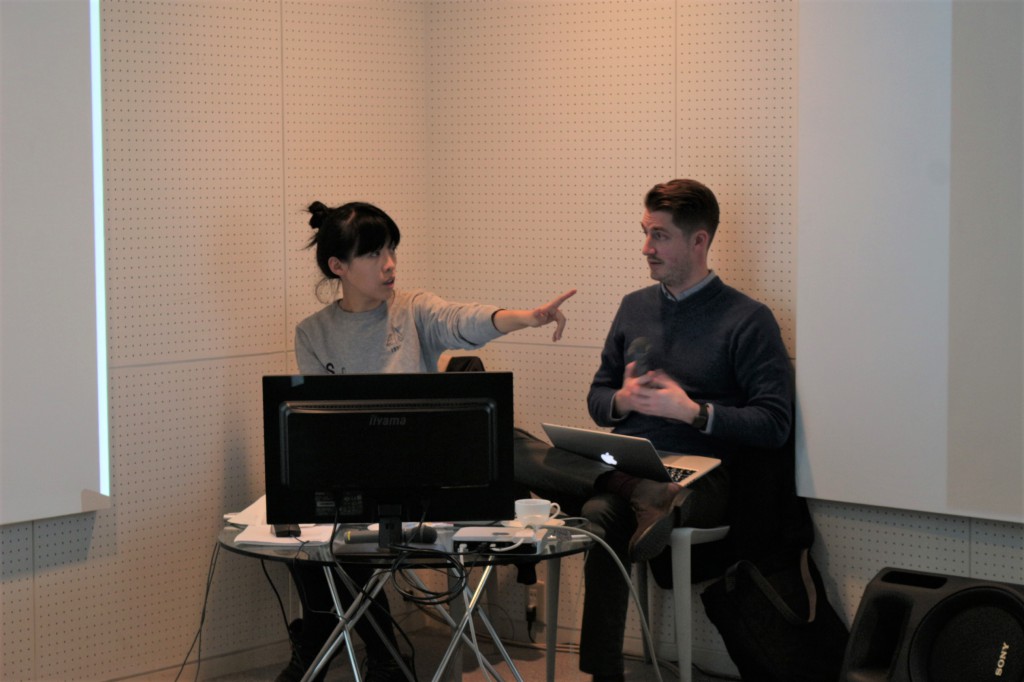 Jolene says that she can go anywhere and shoot with a camera, tripod, PC, hard disk, and a place where she can charge it then. This production method has been continued from 2011. In the talk, she introduced her works produced since she visited all over the world, such as Iceland, the Atlantic Ocean, Ireland and others, and the projects she is doing in ACAC. 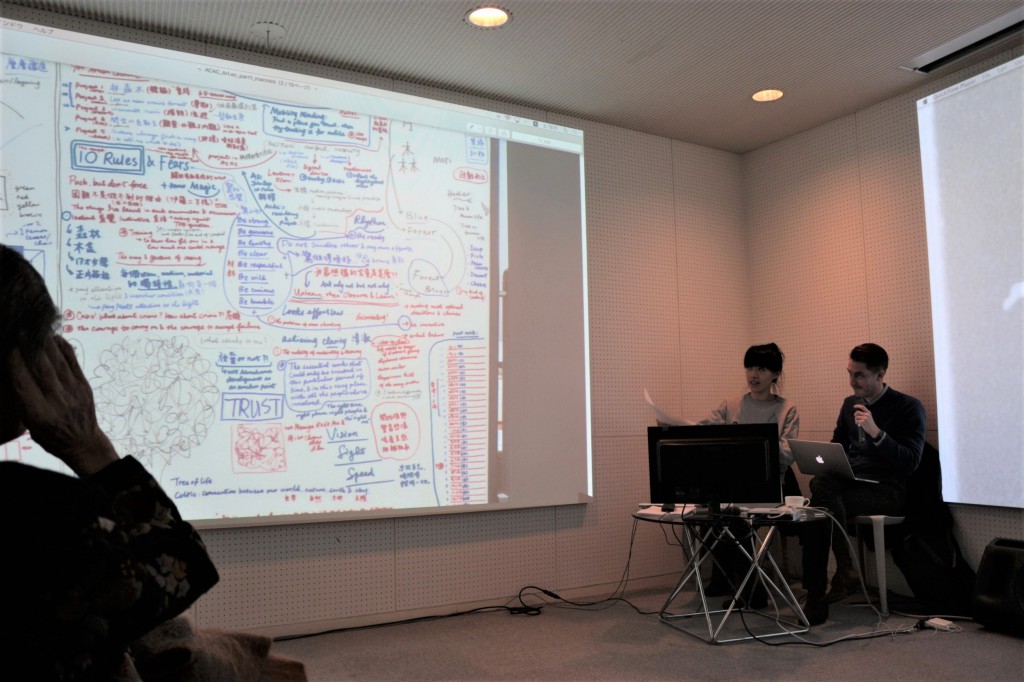 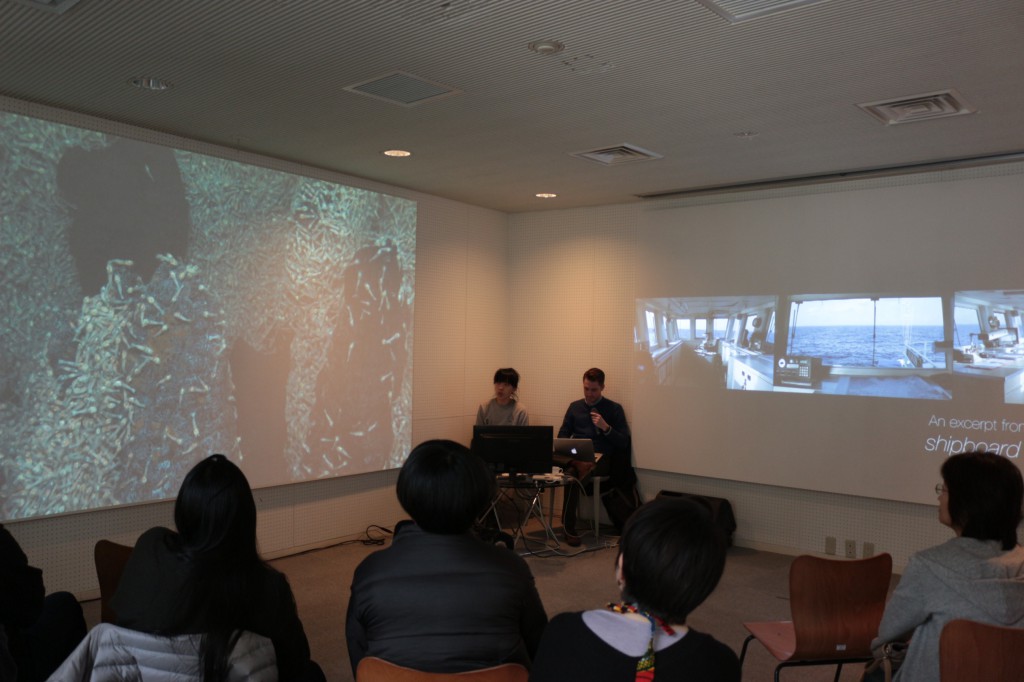 She often cited John Cage’s “the10 rules for students and teachers.” She adopts them as a way of thinking when she create her art.
Among them “Rule 4: Consider everything an experiment” is also the source of the projects challenging here. 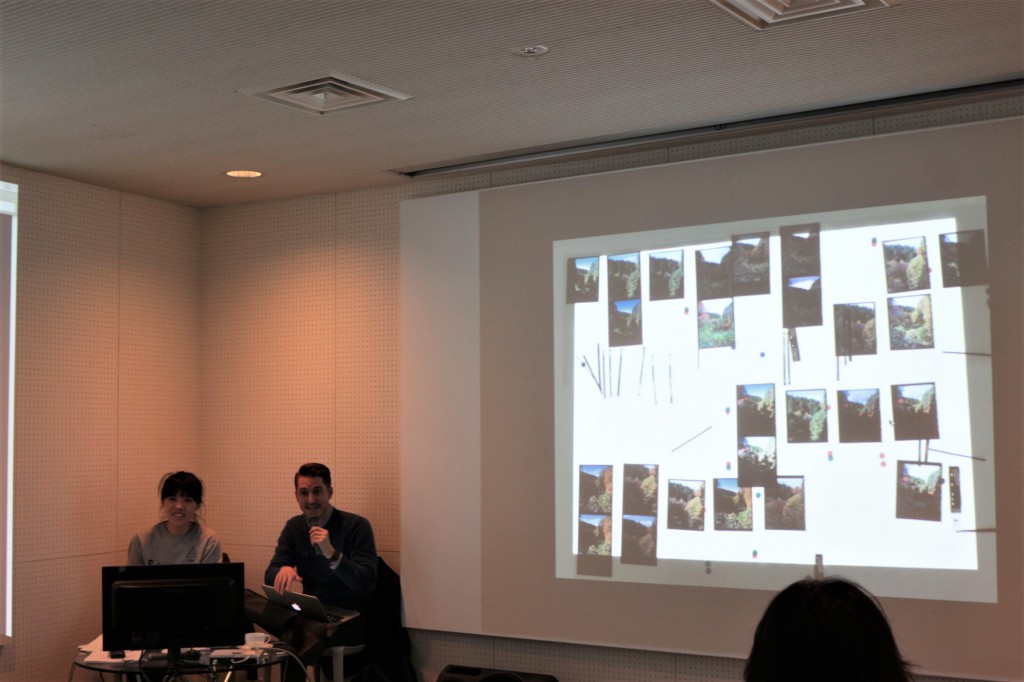 In the talk event, a painter ITO Tsugiko and an artisan of Japan Lacquer Ware Tsugaru Nuri Mr. Kimura who cooperated with the shooting participated. Jolene told that she was influenced a lot from each workplace, and also it became a power to create her works.