On November 10, a talk entitled “Clouds without Skies” was held by MORI Keita,
It is the first time of the artist talk series of autumn artist in residence exhibition.

MORI says that it is important to experience the work directly. Participants went to the gallery with him to see his work and touched it, though people can’t touch usually. Then he talked about the wall drawing was created with threads, woolen threads and glue gun. In addition to experiencing the space enveloped in the work drawn on the large wall of the gallery, participants were able to experience material lines through touch. 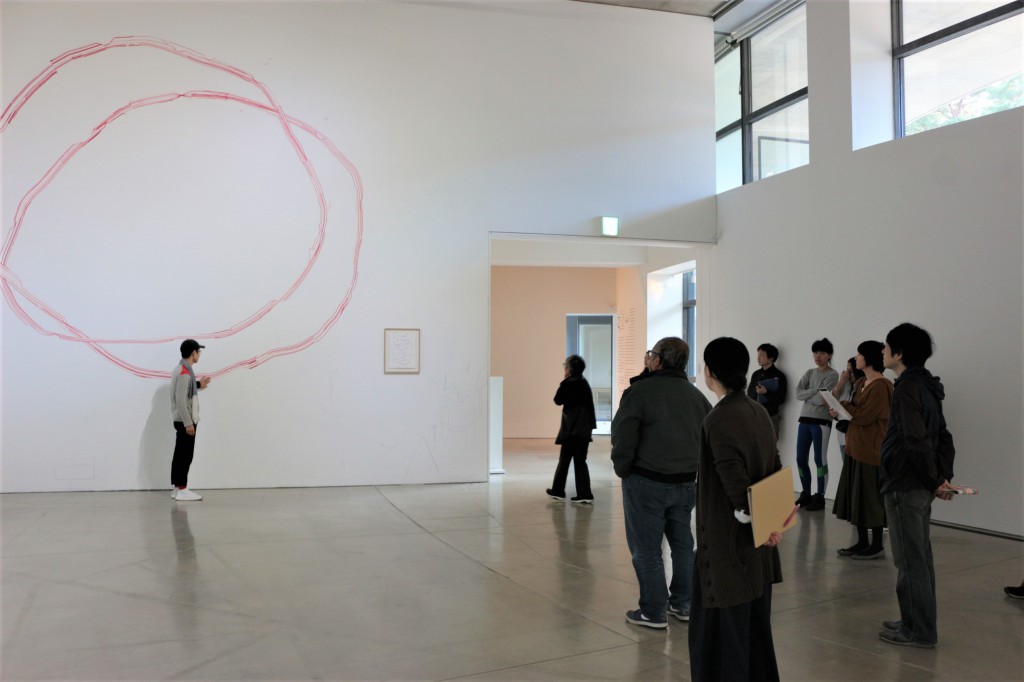 When we actually see the work nearby, we notice there are parts of thread’s fray and stubborn. They became the core in talk. The drawing seems to be a systematic when we see it distantly, but closely, the traces of adhesive of glue gun and the thread entangled during production are left as it is.
Though generally it is regarded as a mistake in production, it is related to events that happen in our society. In the world where the order is established, even in sophisticated system, “error” is always included. He explains that his art shows them in drawing.
The work is continued as a series, titled from “Bug Report” that comes up when a computer system error occurs. 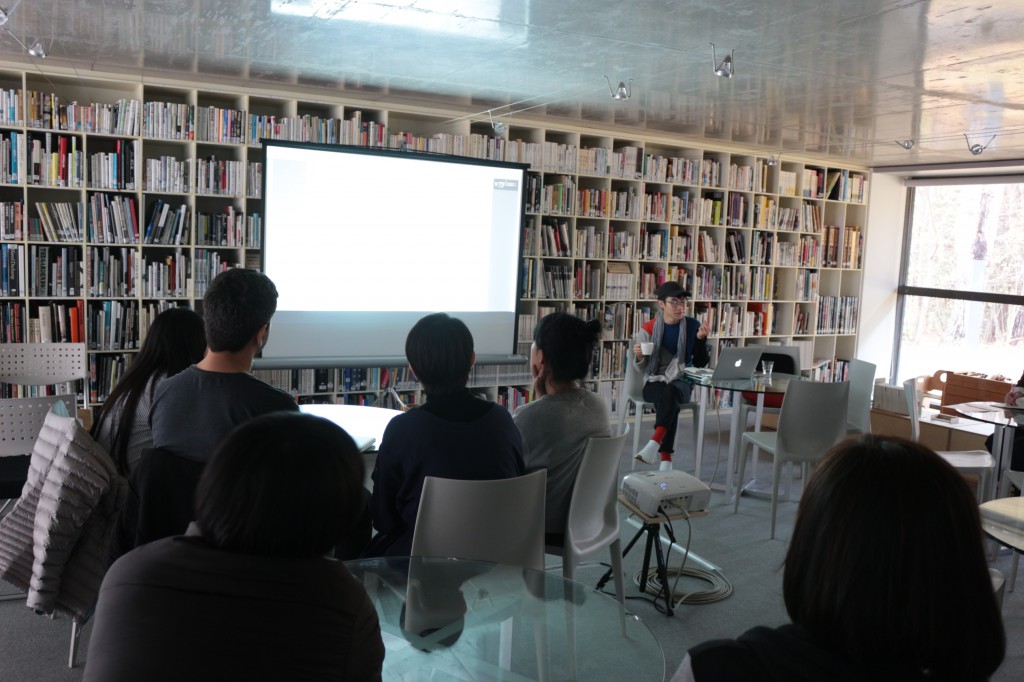 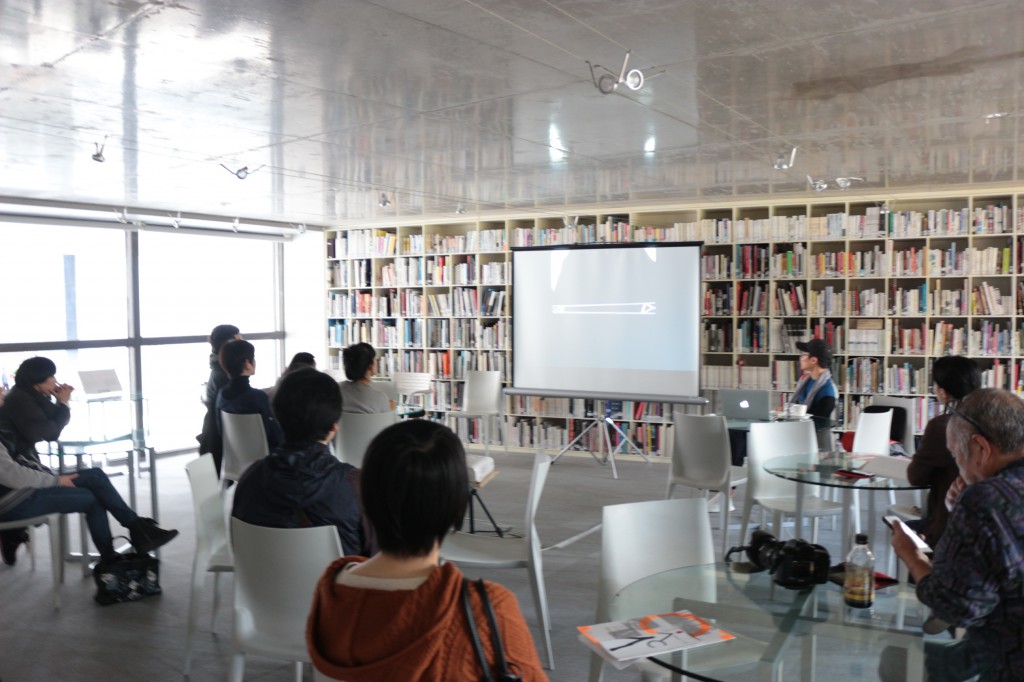 In the talk, a video work which was already conceived before drawings by thread and finally created last year was showed. Continuing to change shape in a moment, the image of “Ayatori” (string figures) shot contains uncertainty and translucency expressed in the current drawing work.

He is also interested in performing art, he also talked about future developments that there are plans to draw out two-dimensional drawings to express them in performance and three-dimensional.