I got a little time from the previous report, would like to introduce you this research in Brazil. I am working with Research on Japanese houses had been built from the 1900s to around after World War II in Korea, Japan and the United States. Since 1910, Many Japanese-style houses were built for the governance in South Korea, and many of them still remain. The wood material were brought from Japan because there was not so much wood resources. Though, many of the Japanese-style houses that are currently left have been added walls or renovated. They pay important roles to think about history.

Meanwhile, Many Japanese settlments had begun living in Brazil since 1908. Of course, The situation is completely different from South Korea, and the settlers had to start to cut down the forest for their life at that time. How were able to make or not their life-styles in Brazil then? When the environment changes greatly, how the building as the foundation of life changes. That is the concept of research in Brazil. 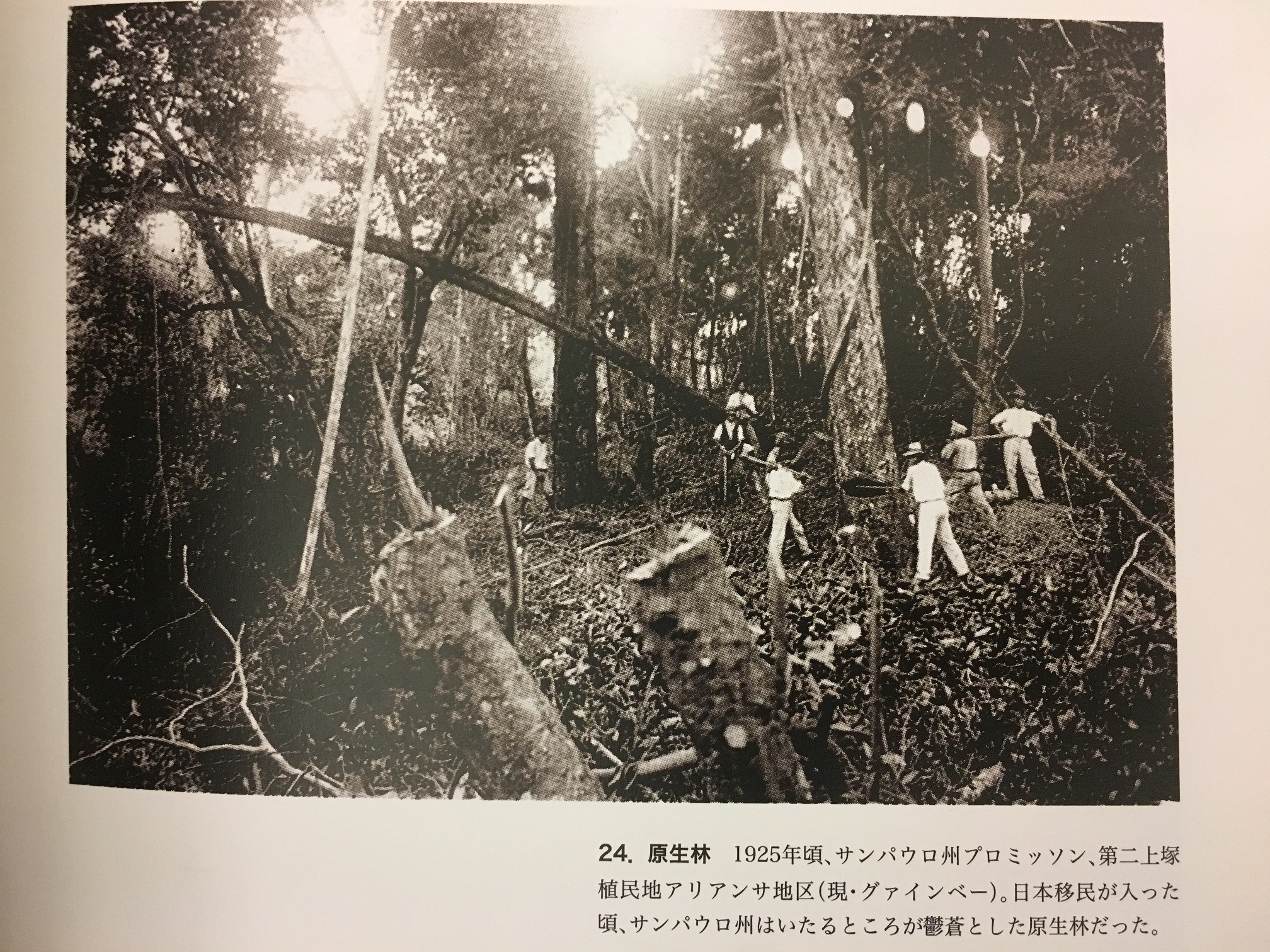 ↑ extra from “Visualized “One hundred years of Japanese imgrants in Brazil.”

First of all, I visited the Museum of Japanese immigration which I report by photos in the previous report again, and I interviewed a staff and looked at various pictures. The pictures below are about the architecture which was built by Japanese in Registro, and seems the style of doors and windows are different from these of Japan.
The woods are from Brazil, and the wall seemed to be employed Japanese style soil walls. I will reseach to Registro this week, so I will report the details of them later. 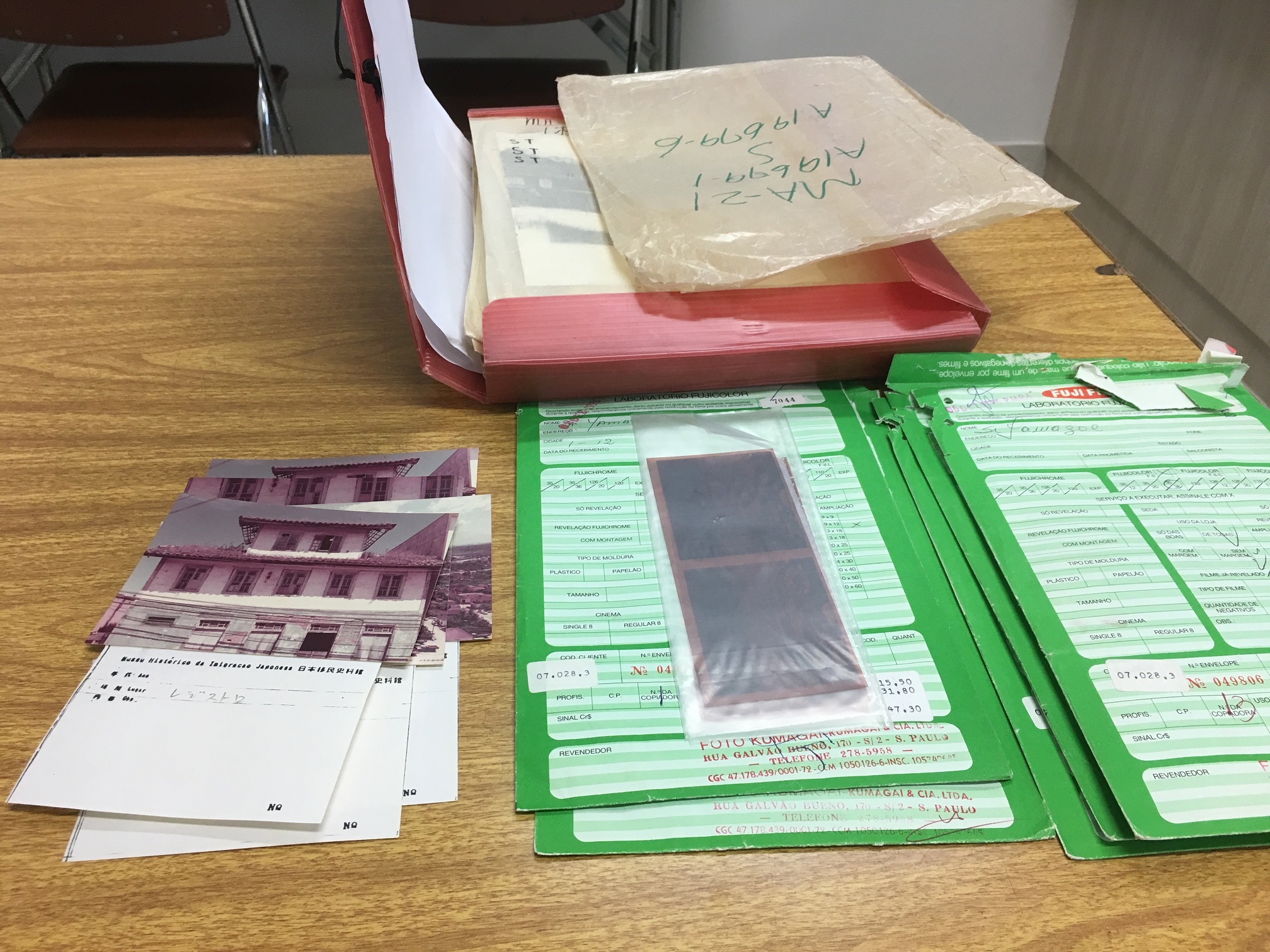 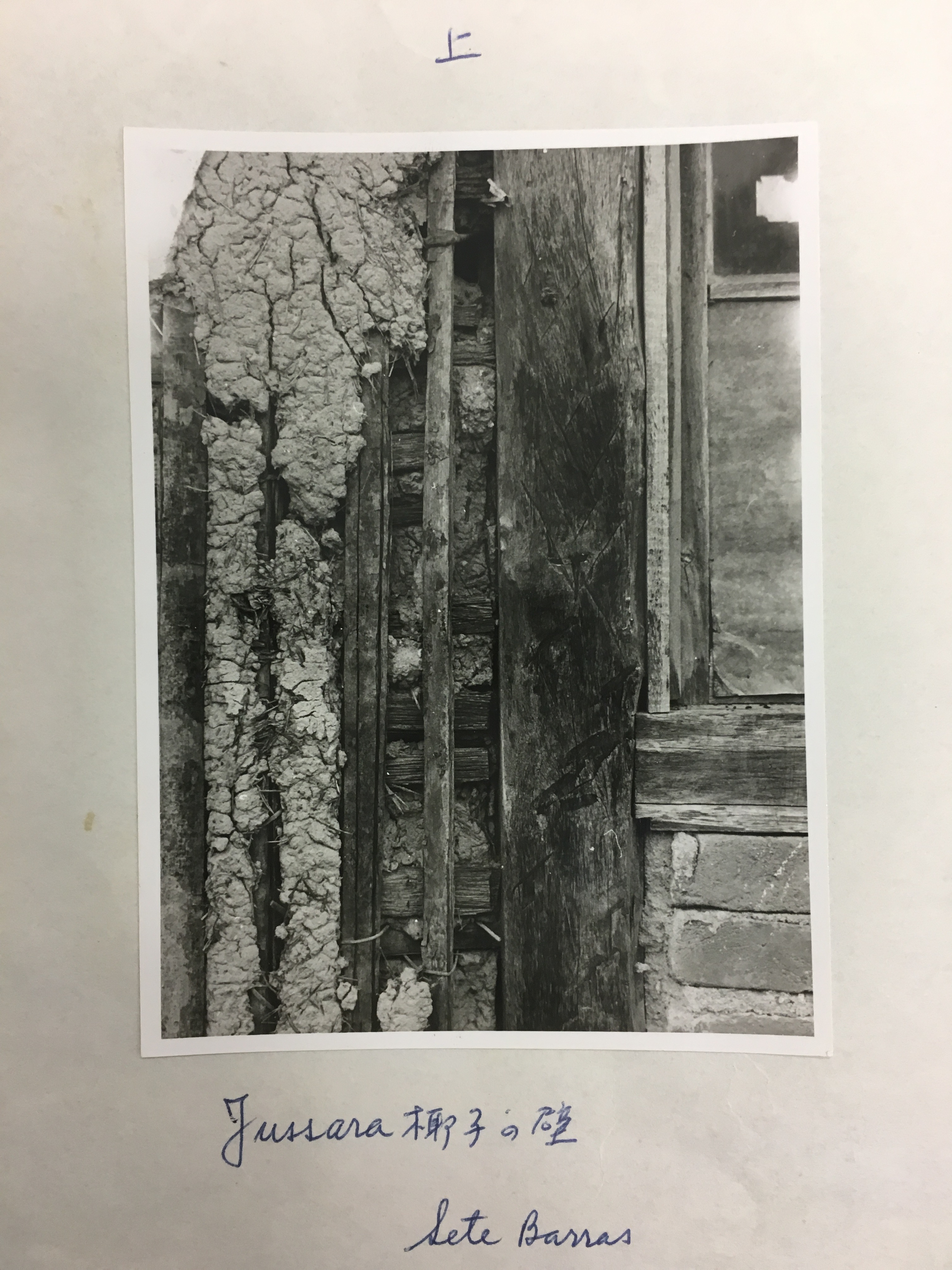 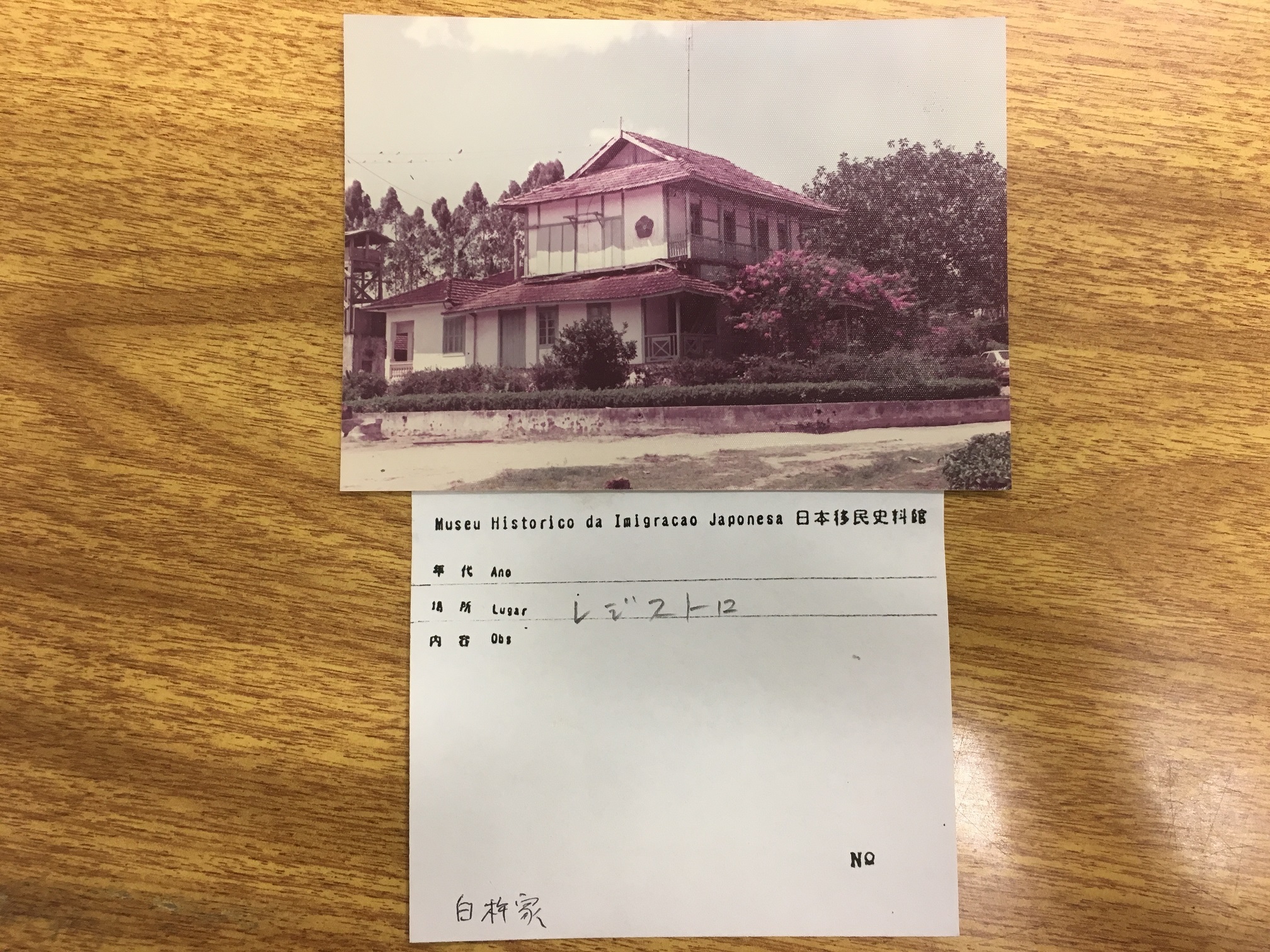 Well, the other day, I have investigated Japanese style building. It is the former tea fuctrory was built in 1942 in Mogi das Cruzes area, and it is called Kazarondsha, it is certified as important cultural property by the Brazilian government now. Mr. Kazuo Hanaoka designed and built it. An artist Renata CRUZ who was a resident at the ACAC together with me, and now staying in Atelier Fidalga, accompanied my reseach. Renata led me know about this building during the residency at ACAC last year, so I am thankful for many people who helped me to visit there so quickly. 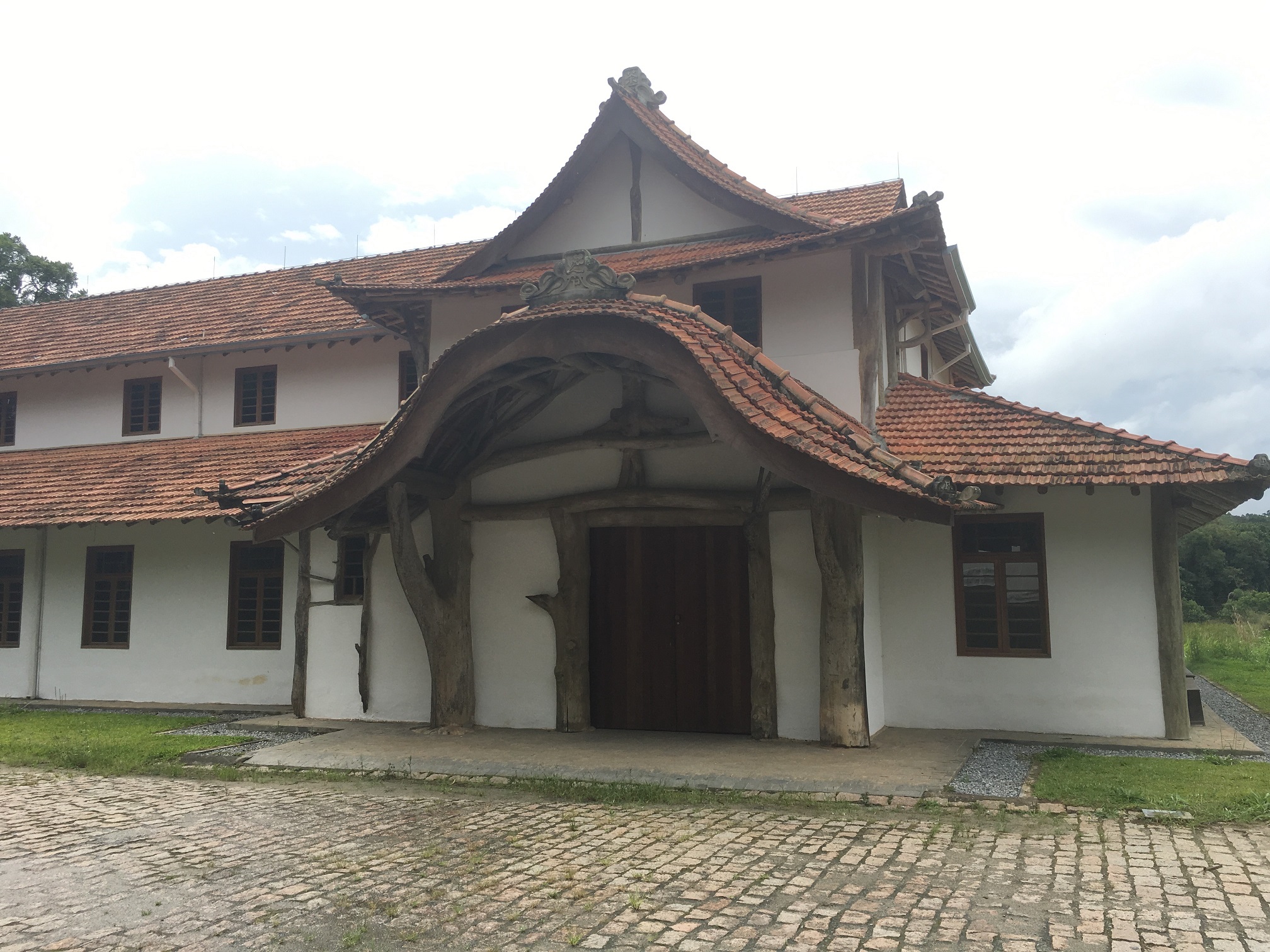 Kazalondsha is a very unique building, the basic law is Japanese-style, but the material is local. To use eucalyptus material and Brazilian truss structure to create a large space inside. 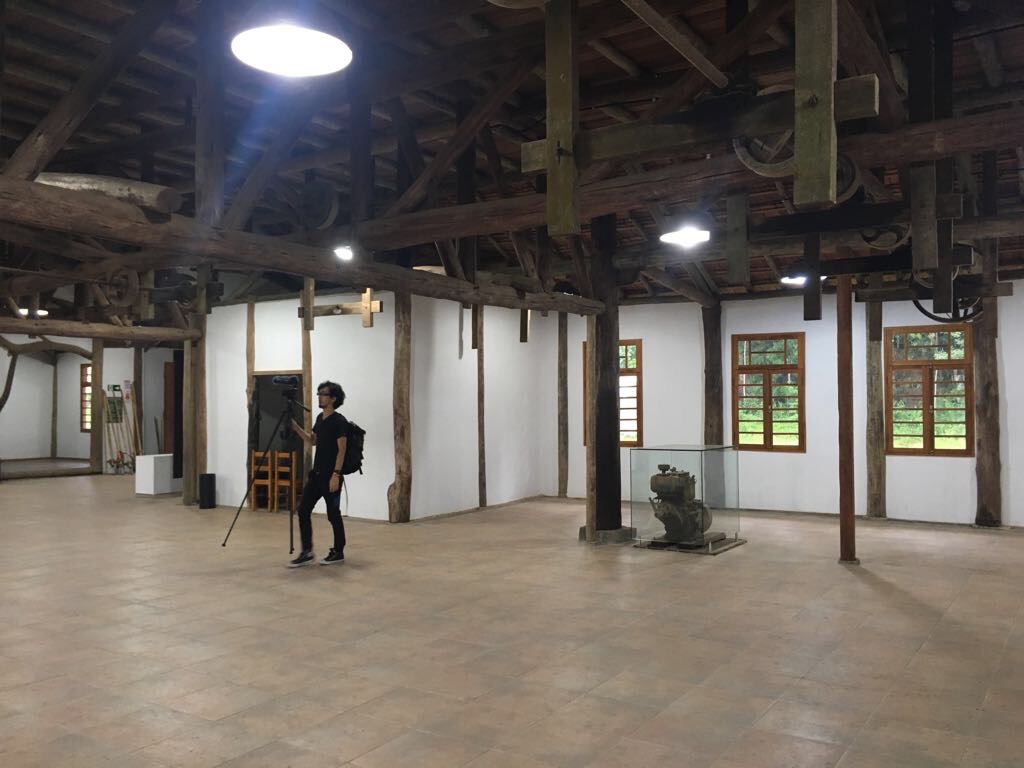 The most surprising thing is that the part of construction which is used the natural form of the wood as it is. 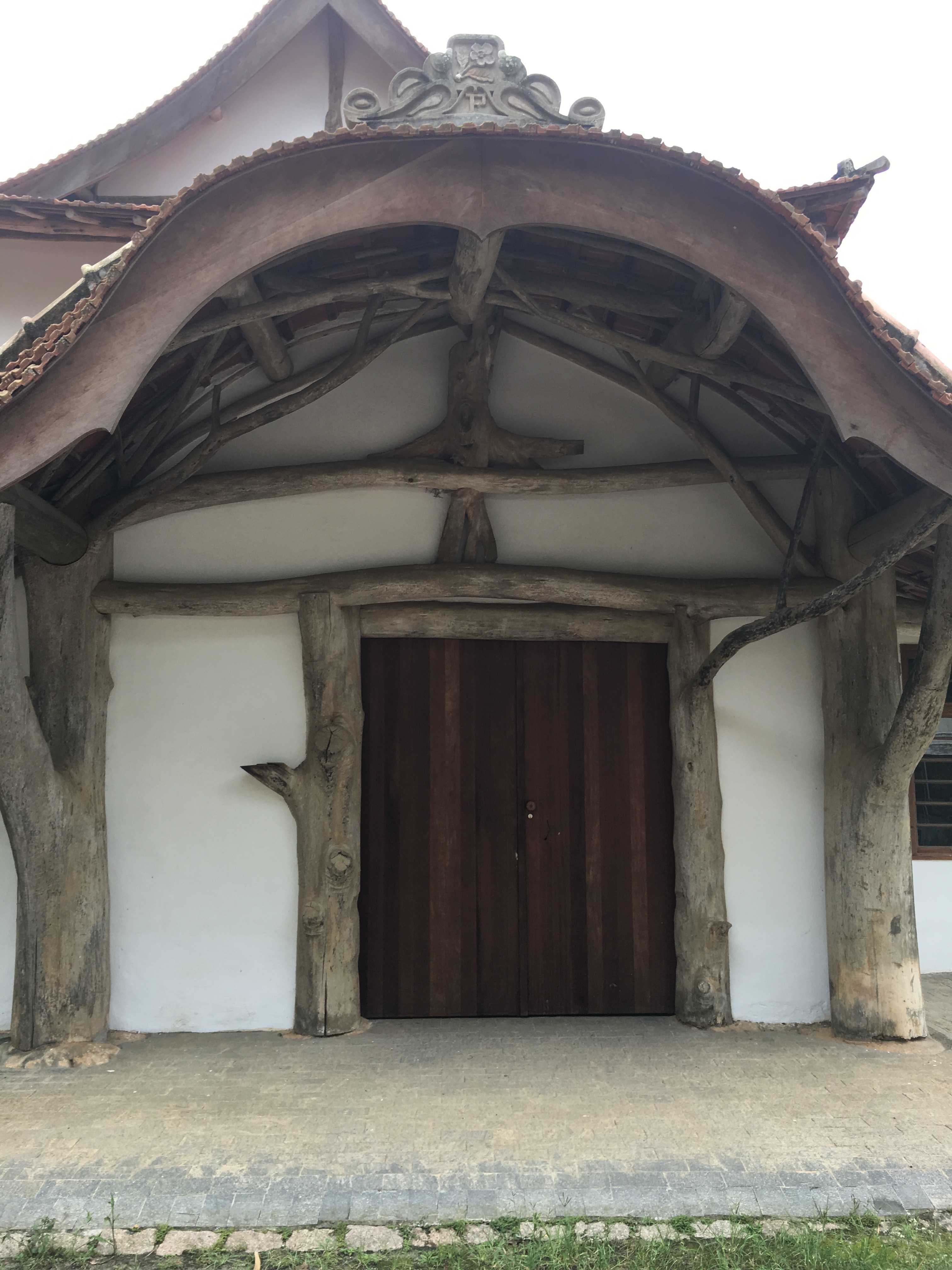 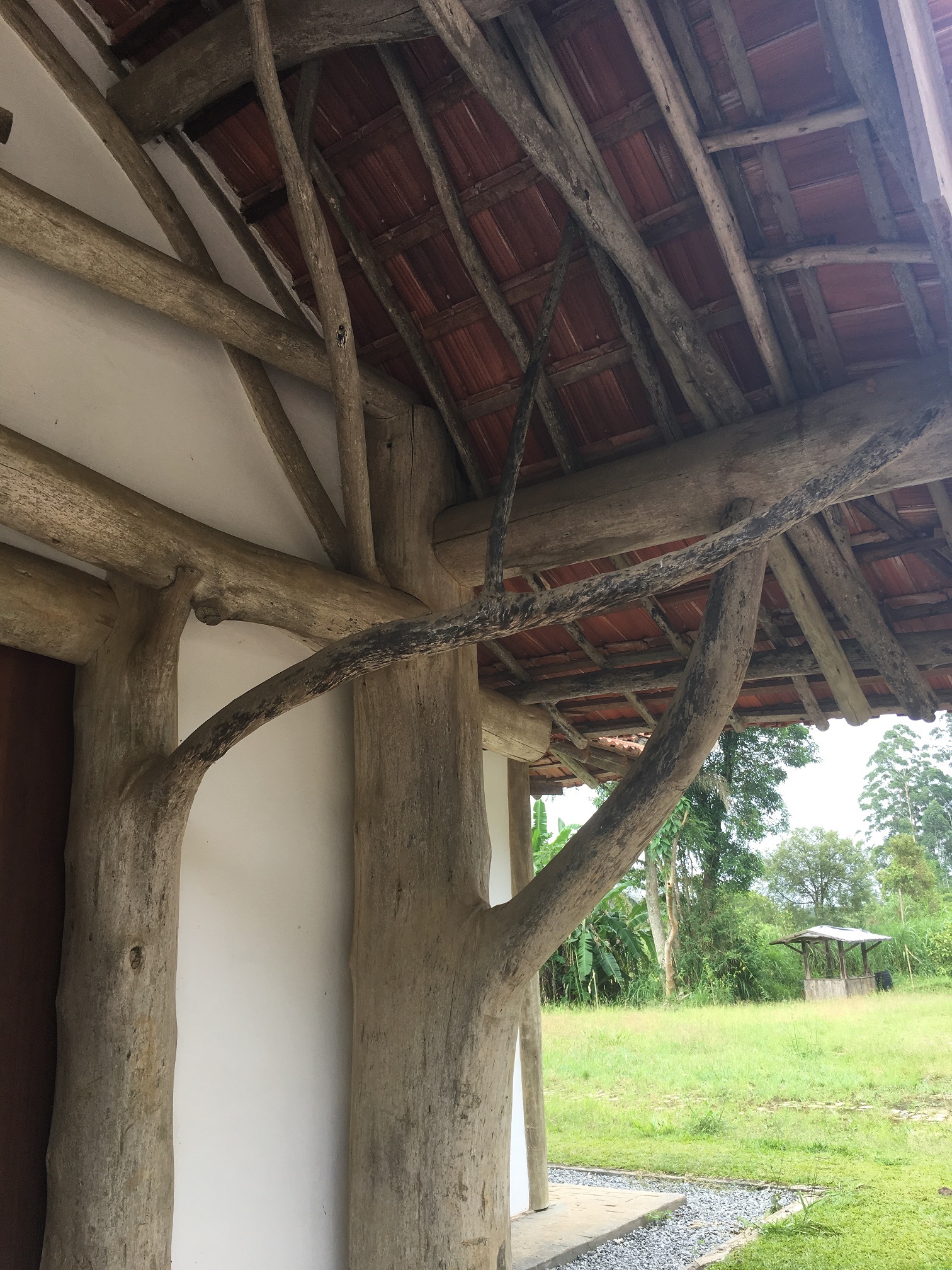 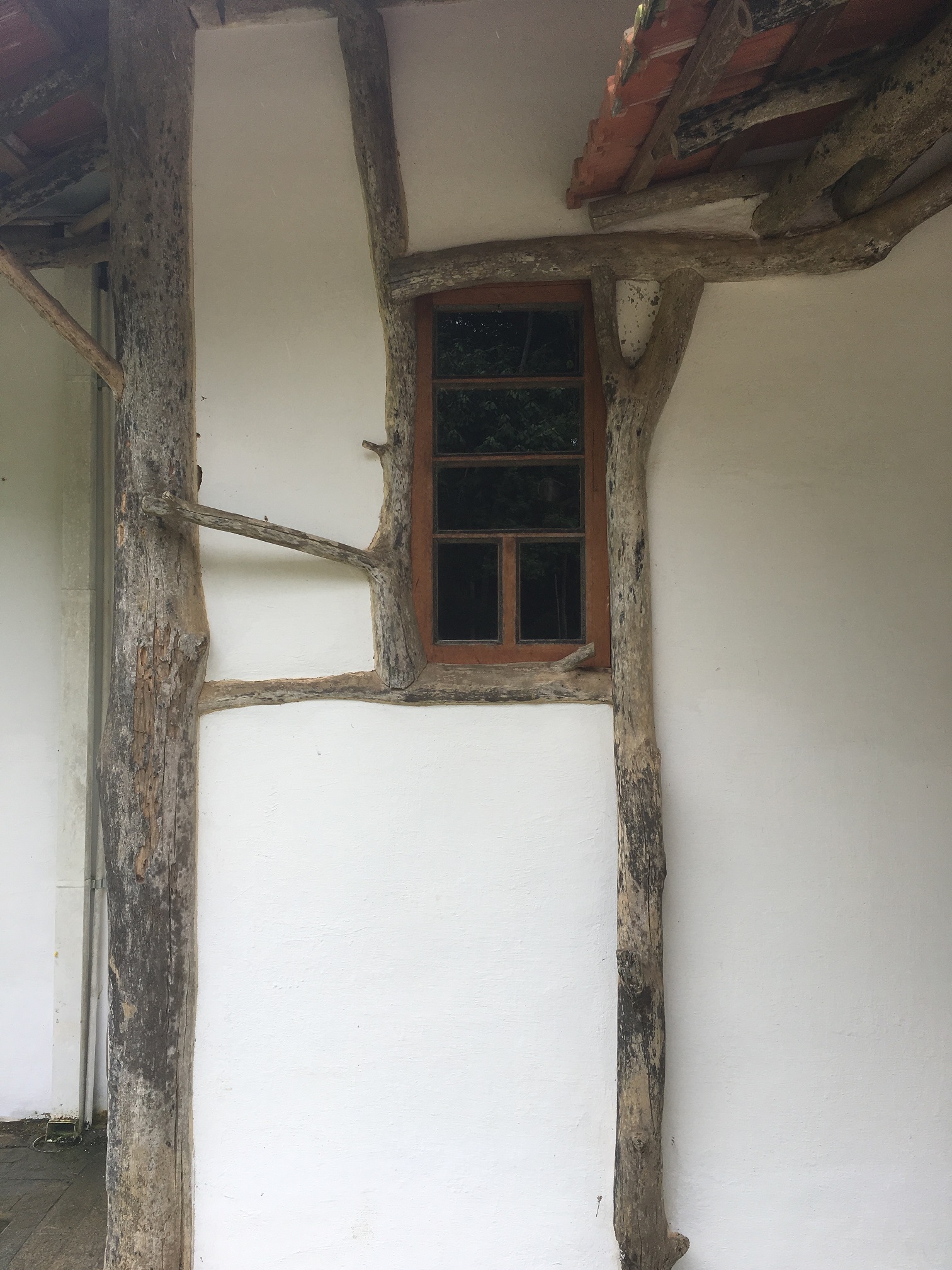 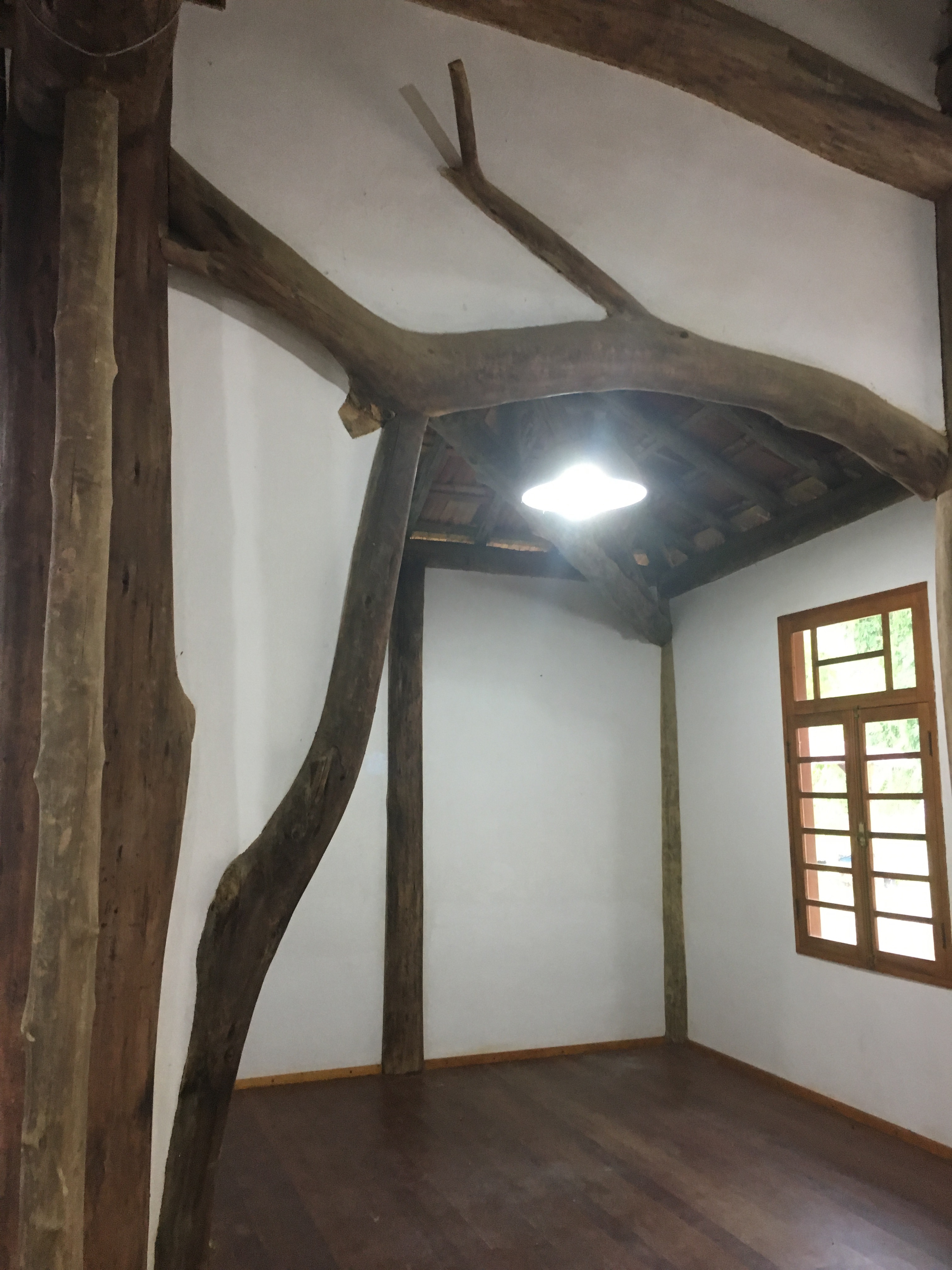 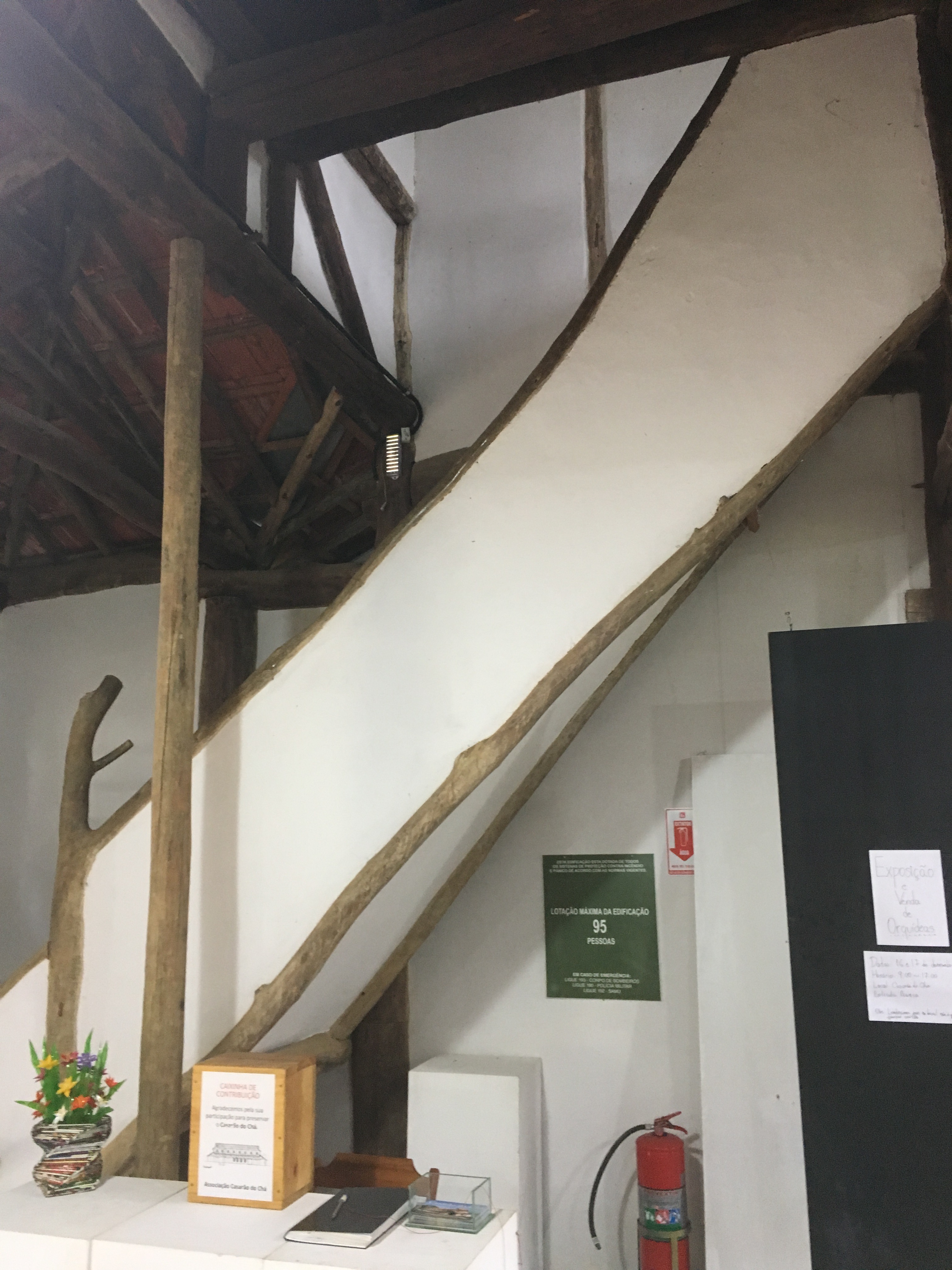 ↑ This is the stairs part.

I have seen the wood natural characteristics  is remained some parts of Japanese tea room etc. But I have not ever seen something that has been boldly and complexly assembled such as this. I was wondering why Mr. Hanaoka designed such a complex structure for the factory. Mr. Hanaoka may have tried to fuse the technology learned in Japan with the natural environment of Brazil. I was able to feel Hanaka’s ambition which was set free from the previous regulations explored the figuration possibility in architecture. 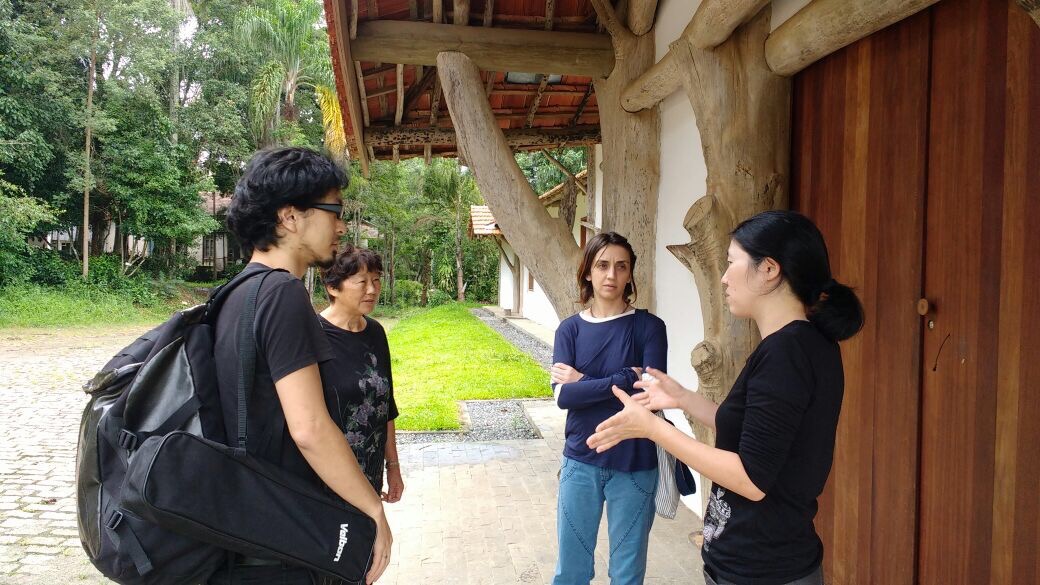 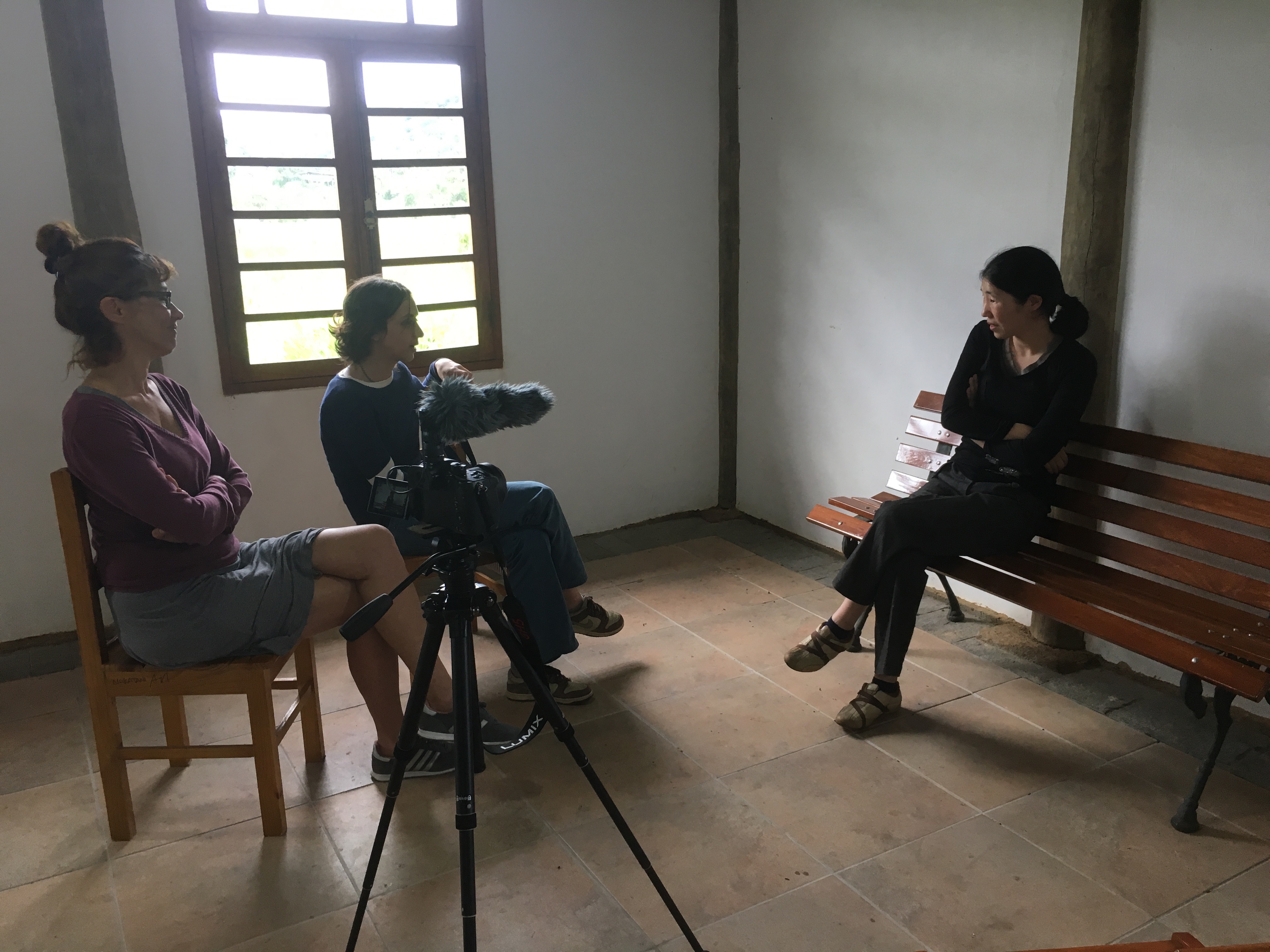 You can see the large scale nature and Capybara show up around there. 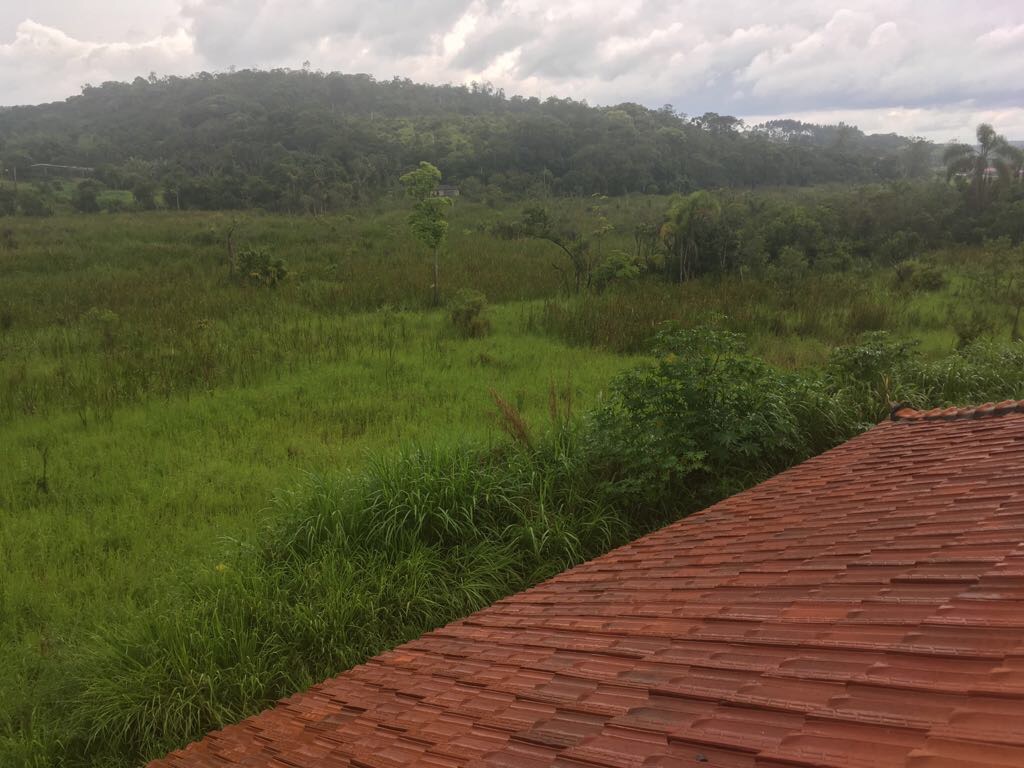 I was surprised that architectural style change so much by someone’s idea and environmental conditions such as material, climate in Registro. I would like to report about Registro area next time. There are some buildings close to the Japanese house style.

Finally I show you some pictures.
A research to the Japan pavilion in Ibirapuera Park. 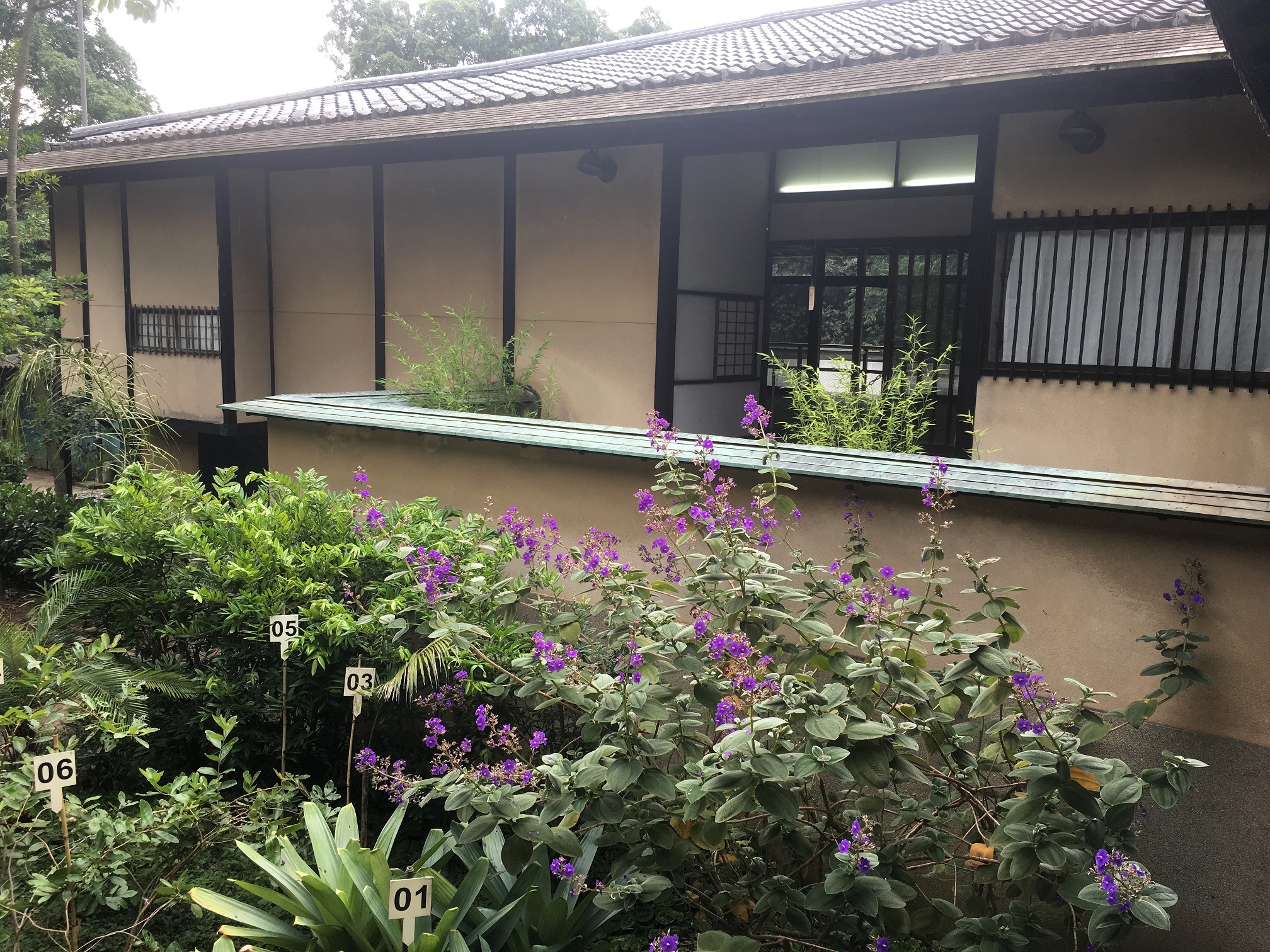 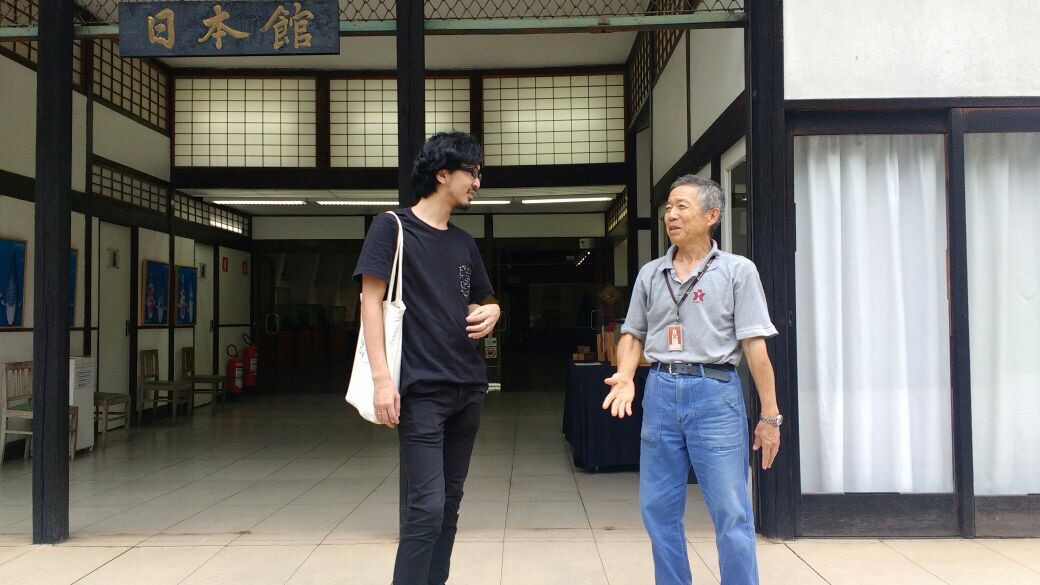 ↑ I can talk in Japanese language so I could feel secure. 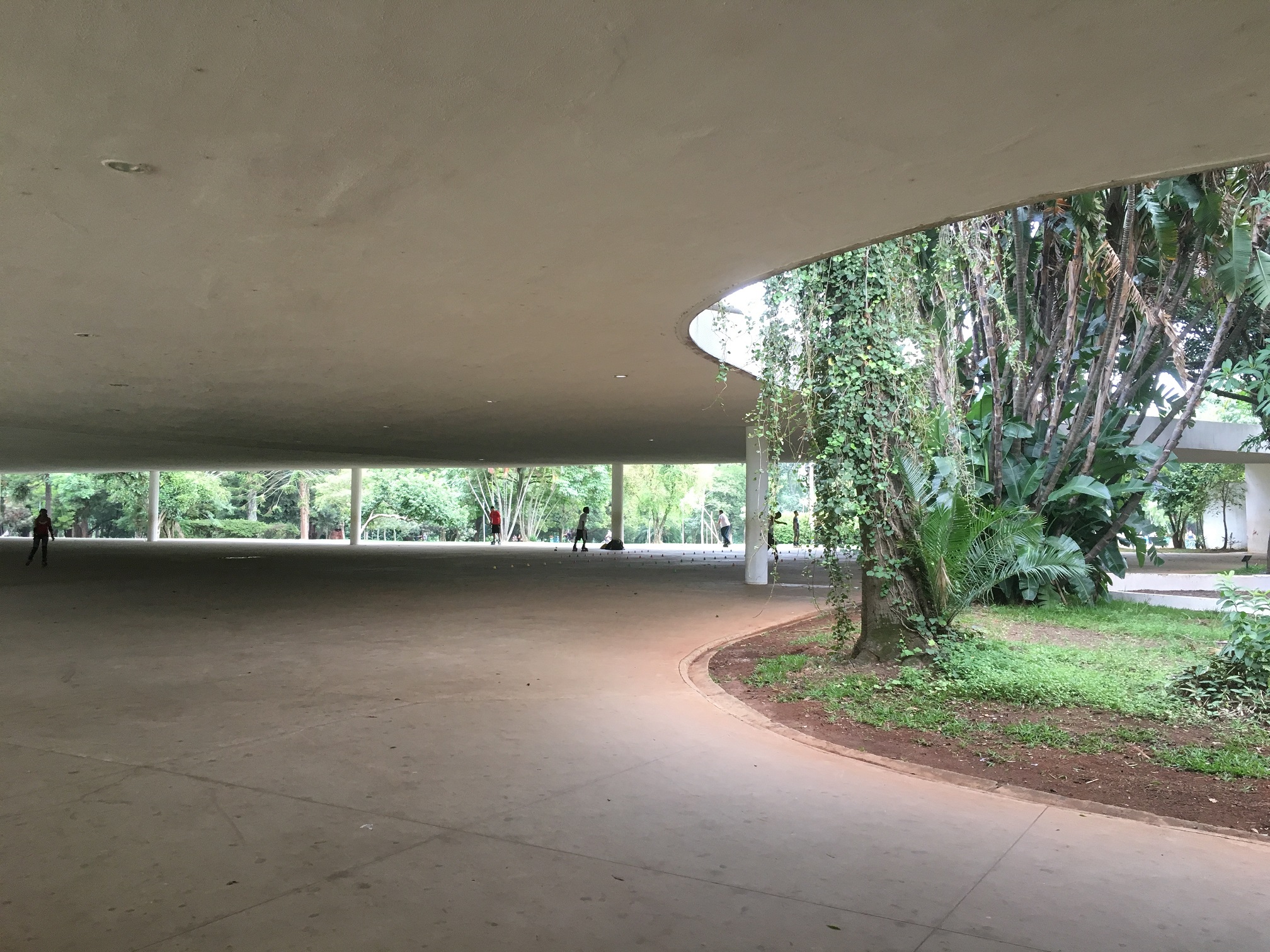 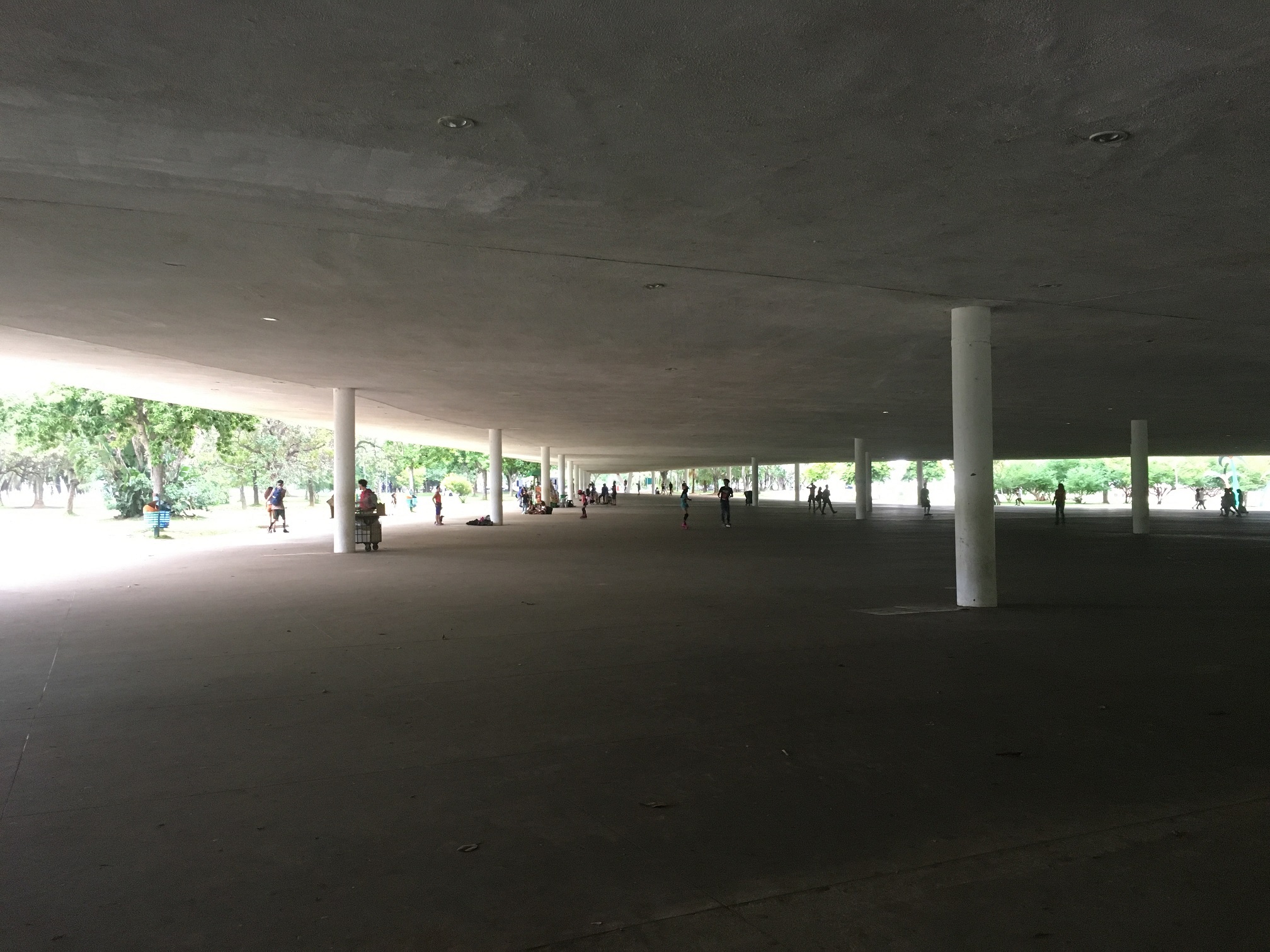 There are a lot of Oscar Niemeyer’s architecture in the park. The next will be the last one. Well then!